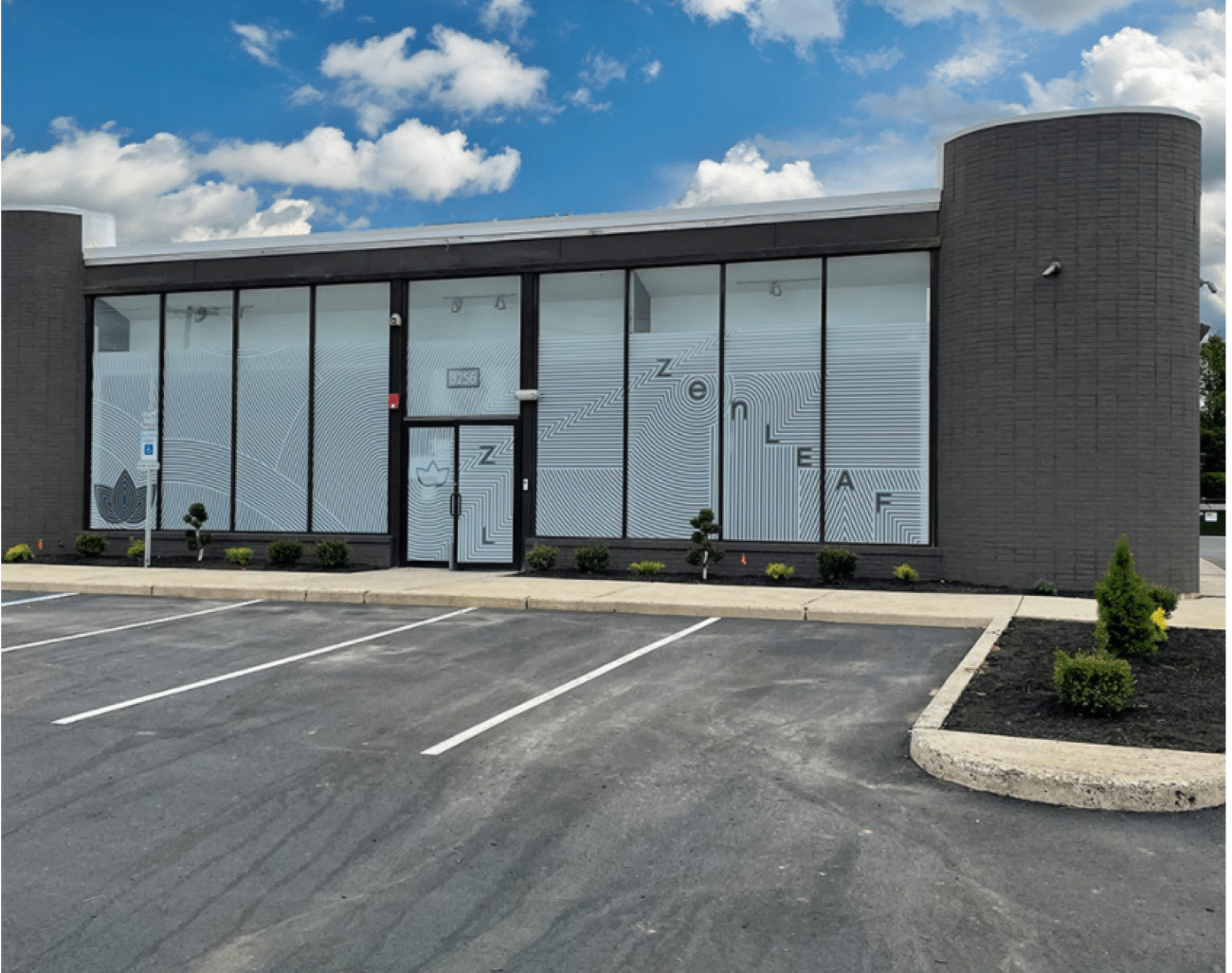 It’s their third dispensary location in New Jersey after their flagship store in Elizabeth in Union County and their first satellite, which opened in Neptune in Monmouth County.

The current 12 vertical license holders are allowed to open up to three locations.

Their soft opening was today while a Grand Opening ribbon-cutting ceremony will be held tomorrow with local officials and Zen Leaf employees. Their dispensary location is at 3256 Brunswick Pike, Lawrence Township, NJ 08648 off Route 1 North. In-store pickup is available.

Their website has competitive prices for oil cartridges at $60 and an eight of an Ounce or 3.5 grams for $60. However, they do not give you a discount for buying in bulk the way businesses in the underground and most legitimate industries always give. Thus their ounce comes out $360 plus tax, which is not competitive with the underground market.

The current dispensary locations operating in New Jersey are:

Zen Leaf is an established cannabis dispensary which says they are committed to consumer care, education and progress by providing responsible access to premium products while creating employment opportunities across the communities it serves.

In both medical and adult-use settings, Zen Leaf sells cannabis products in all available formats, many in precision-dosed THC and CBD formulations. They said their products are from the most coveted cultivator and processor partners in each market.

Verano, which owns Zen Leaf, is a leading, vertically integrated Multi-State Operator (MSO). They produce a variety of premium cannabis products sold under its portfolio of consumer brands: Verano, Avexia, Encore, and MÜV. The company’s brands encompass 14 states, with active operations in 11, including nine production facilities with about 770,000 square feet of cultivation. Verano designs, builds, and operates dispensary locations under their retail brands Zen Leaf and MÜV.