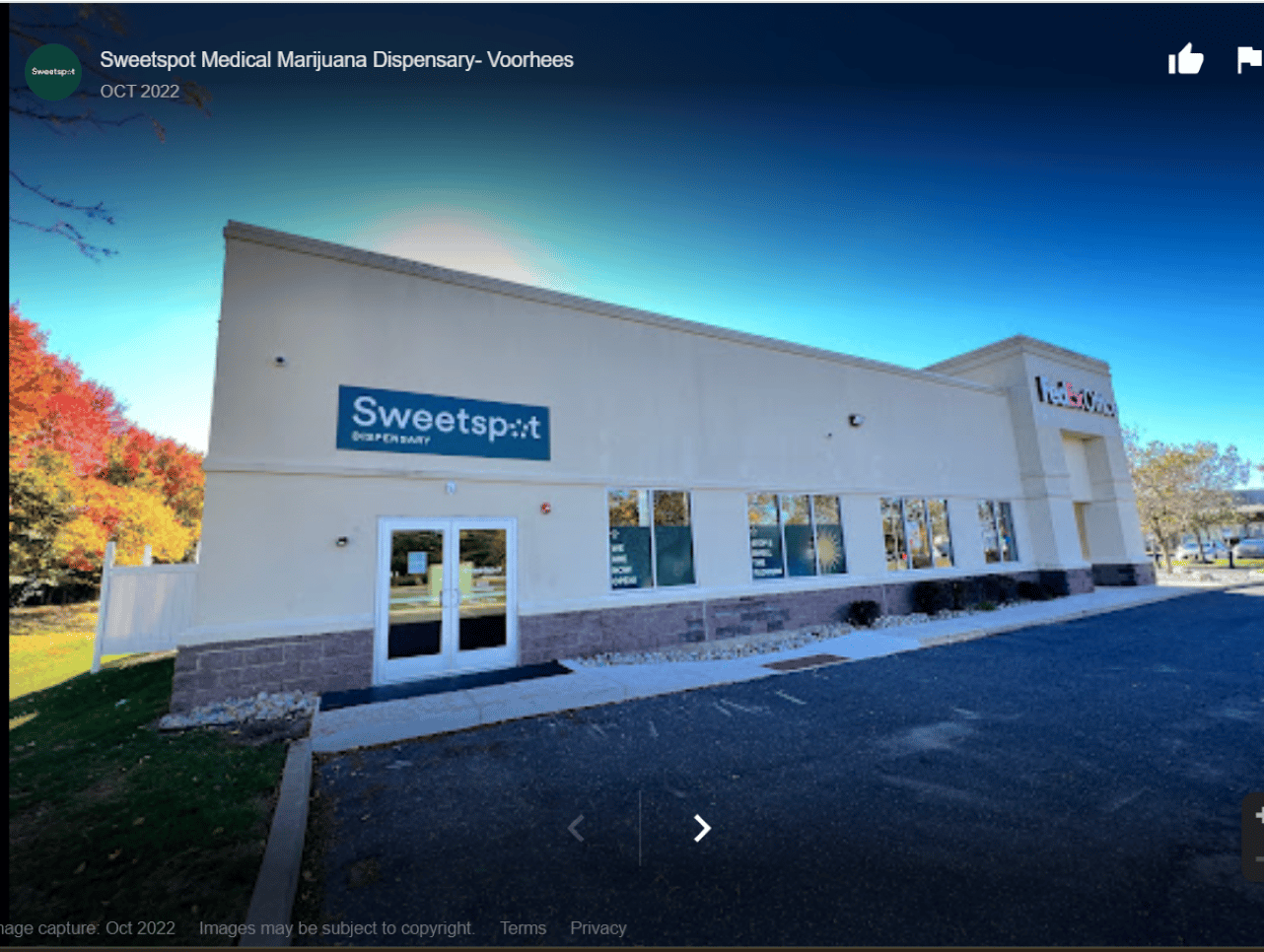 They are a Multi-State Operator (MSO) in four states, including New Jersey, with one dispensary in each state. Their other dispensaries are in Maryland, Maine, and Rhode Island. Their headquarters is in Rhode Island.

The opening of Sweetspot was announced by the New Jersey Cannabis Regulatory Commission (NJCRC) at their meeting last week.

The company won its medical cannabis dispensary license last December as the “Law Offices of Juliana Diaz.” According to their award letter from the New Jersey Cannabis Regulatory Commission, they are based in New York. It was addressed to Jason Webski. He is the CEO of Sweetspot.

Their website emphasizes their background in science and good environmental practices. Their menu is up on where they have products from other companies like the non-New Jersey-based MSO dispensaries MPX and Verano.

The list of New Jersey’s medical cannabis dispensary locations is as follows: