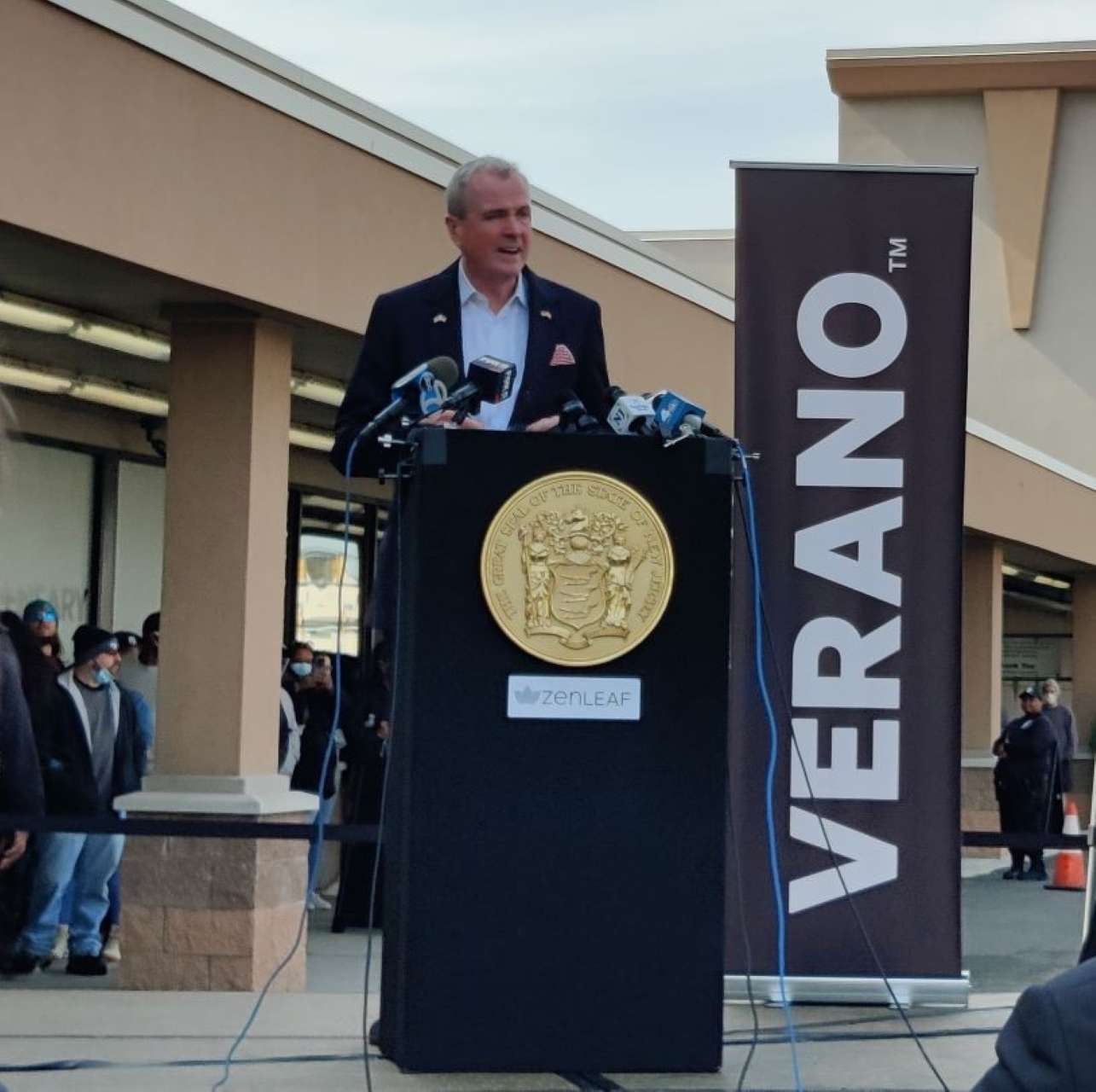 Murphy was the first elected official to partner with Buy Legal.

“Cannabis is not immune to the persistent illegal market,” Murphy said. He alleged the legacy market “poses a serious risk to consumers.”

“As states like New Jersey continue to refine a regulatory framework for adult use of cannabis, our local businesses and consumers would greatly benefit from the resources that the Buy Legal campaign provides,” he added.

Murphy argued, “this campaign will help protect the ability of local, regulated cannabis enterprises to continue to do business in a way that is safe and accountable and protect the safety of consumers while reinvesting in communities.”

Governor of New Jersey, @PhilMurphy on #BuyLegal "This campaign will help protect the ability of local, regulated cannabis enterprises to continue to do business in a way that is safe and accountable."

The campaign said they “prioritize campaign participation from minority operators of legal cannabis businesses who are disproportionately harmed by the prevailing unregulated market.”

The Buy Legal campaign repeats the common refrain that legacy market products are unsafe, while the stories about moldy cannabis are about licensed cannabis companies operating as a cartel in a limited market.

The Governor’s office said, “the lack of meaningful and comprehensive national cannabis legislation has created an environment where untested, untaxed, and potentially unsafe products are increasingly available.”

Khadijah Tribble, CEO of the United States Cannabis Council (USCC), said, “Cannabis consumers need to understand where they can buy high-quality, safe, and tested cannabis products, and minority cannabis businesses owners deserve the resources that a national campaign like this can provide to encourage customers to shop at their businesses.”

“Now more than ever, it’s imperative to educate consumers on the importance of buying regulated, safe products,” said Al Harrington, CEO of Viola and former NBA player and New Jersey native. He has been actively seeking entry into the New Jersey cannabis market.

Harrington claimed that “to truly create equitable opportunities for generational wealth in our community, things like this must be done” without explaining how it would do so.

“As one of the first Black women to own a licensed dispensary in the U.S., I am concerned about the proliferation of unregulated cannabis enterprises that are not required to meet the same testing and safety standards as businesses like mine,” said Linda Mercado Greene, Owner, and CEO of Anacostia Organics.

It is well-known by cannabis policy and industry experts that wealthy White men own the vast majority of licensed cannabis companies in the United States.

The Nature of the Cannabis Industry

“These corporations may have had a hand in withholding an equitable measure like home cultivation, and then they’re (consumers) are forced to buy from the same corporations,” Jo Anne Zito of the Coalition for Medical Marijuana of NJ (CMMNJ) said.

A lot of cannabis companies like the idea of a limited market that guarantees them more profit.

Many small businesses owned by women and minorities seeking to enter the New Jersey cannabis market fear they will fail before opening their doors. It remains to be seen if help the assistance recently announced by the NJ Cannabis Regulatory Commission (NJCRC) will arrive in time. They also recently announced an effort to help legacy operators enter the market.

However, barriers to entering the legal cannabis market remain very high in New Jersey. Many legacy operators who would like licenses cannot afford them or do not have the resources to cope with the vast amount of red tape and hostile politics required.

In the movie Pineapple Express, we meet two legacy operators, Saul Silver, played by James Franco, and Ted Jones, played by Gary Cole. Saul is a friendly, kind-hearted minor operator, while Ted is a vicious killer who corrupts the Los Angeles Police Department.

Many would like more Sauls to enter the market versus the Teds everyone dislikes. The problem is many people think the Sauls are Teds.

An individual named Christopher from Lambertville in Hunterdon County asked him about cannabis homegrow.

“Cannabis is still illegal to grow, um, by citizens of New Jersey. Where in the life cycle of the plant does the plant become legal? It sort of seems like, respectfully, the plant itself is not really legal, but the ability to make money off the plant is legal,” he said.

“I’m not sure I’m the right guy to ask the existential question of when does the plant become the reality here, so I’ll leave that to someone else. I’m of the opinion that we should revisit that question at some point, and I’m not sure when the right time is to revisit it is. I think we need to get the industry probably either more on its feet or completely on its feet,” Murphy said.

Other politicians have also talked about the need to wait.

Many in the cannabis industry think of it as a zero-sum game where so many people could grow cannabis it could cut significantly into a market projected to be worth billions of dollars. Such a mentality is widespread in the industry.

“The problem that individual people want to grow their own don’t really have the presence, they don’t’ really have a lobbyist, they don’t have the ability to get the legislature to move the way the cannabis industry can,” host Nancy Solomon said.

“Could be, although we are doing and the commission is doing a very good job although it’s taken longer than of us would like,” Murphy said.

He quickly pivoted from homegrow to supporting small and minority businesses in the cannabis industry.

“I don’t want an industry where it’s just the big guys. I want everybody, particularly the people impacted by the War on Drugs,” Murphy explained.

“Medical homegrow should have been done already,” Zito said.

“I could see why it was done in those other states,” she said about an adult-use homegrow delay. “But it’s not an indictable offense (there).”

“Home cultivation is on par with distribution, and they don’t differentiate between the two,” Zito explained. “Felonies are serious problems for people. It’s everything, your family, your home, your job, your money, the time to go to court.”

Last year during election season, Governor Murphy said he was open to homegrow legalization. Being “open” to it is a stark contrast to his strong support for the legal industry since running for Governor in 2017.

“There’s a lack of respect for the medicine and the people that use it and the conditions they use it for,” Zito said. “They don’t understand the cannabis-consuming community That’s been kind of obvious … since the beginning.”