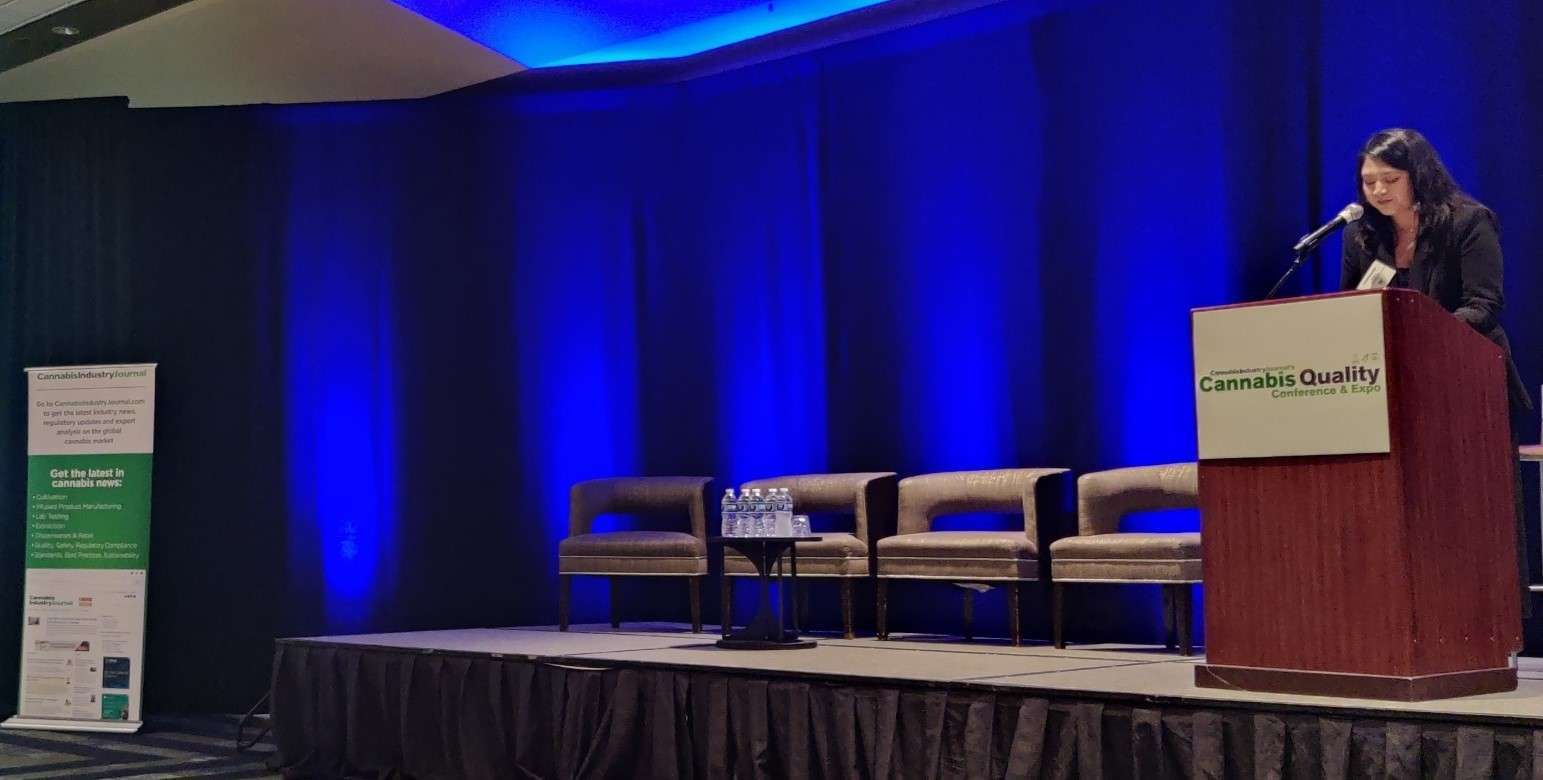 The Cannabis Quality Conference (CQC) held in Parsippany in Morris County this week focused on technology along with Social Equity.

It was a Business 2 Business (B2B) conference focused on the nature of the industry versus consumers.

“It’s been really nice seeing the community blossom here,” Aaron Bliss of the Cannabis Industry Journal, which held the conference.

He noted he was born in Trenton.

“We are determined to get it right the first time,” she said.

Del Cid noted the issues with the market, including the limited number of pro-cannabis towns and cannabis real estate only available for an astronomical amount. She admitted process is difficult.

“But we are making progress, and so is the market,” Del Cid said.

“Cannabis consumption is not different than beer or wine,” she declared.

She noted that cannabis consumption lounges are something that was allowed in the legislation, but regulation has not come out on that.

“We are working on those regulations. Lounges will give people a place for safe consumption,” Del Cid said.

Lounges are on the agenda of the NJCRC’s hybrid in-person meeting next week in Trenton.

After Del Cid, a panel was held on the issues with Social Equity implementation and getting minority or legacy operators with records to receive licenses and then have their businesses up and running.

“This is an industry in New Jersey where we have to go backward. It’s starting with large corporate entities that essentially own the market,” she explained.

Ardanuy noted how difficult it is to start an industry with massive corporations dominating the market and then tried to open it up to small businesses. She explained the lingering stigma and fears derived from cannabis prohibition play into the limited cartel market.

“The rest remains to be seen if we can’t actually open doors,” Ardanuy said.

She explained the fact that inexperienced felons or minorities with little experience running a highly regulated business need to maintain 51 percent control seems too risky for many investors.

Erin Gorman Kirk of the Cannabis Government Strategies firm was from Connecticut and described their Social Equity efforts in adult-use cannabis legalization.

“We did try to weave into our legislation some very good Socal Equity measures,” she said.

“Social Equity is not a concept he’s familiar with,” she said.

Kirk said he backed legalization “to make the black market go away. He thinks it’s like the mob and prohibition.”

She noted that Connecticut had a lottery system whereby big companies bought many lottery tickets with a front person.

“A day after three years .. they lose their equity,” Kirk explained.

She explained New York wants to be small-business friendly. But capital can not flow the way it wants since those with deep pockets only want to invest in vertically-integrated corporations.

“Those willing to bend… made those deals happen,” Lin said.  “Capacity building and capital are essential to these businesses.

Jeffrey Garcia of the Latino Cannabis Association explained he previously led the Latino restaurant association. He explained the problem of Social Equity where the ideal candidate is a double unicorn of a felon and an entrepreneur.

Garcia lamented that most “have zero history of running a highly regulated cannabis business.”

He explained that many applicants also have significant education and networking gaps.

Thus they are not set up for success.

Garcia noted his experience with the NY Latino restaurant association helped. Many of their members are serial entrepreneurs who were eligible to be double unicorns. However, many eligible were unaware of the nuances of the rules and did not want to lose their liquor licenses.

“They may not be CEO on day one,” Lin said about the applicants.

“Less than two percent of Venture Capital goes to women entrepreneurs,” she lamented.

Lin thought there was potential in harnessing ethnic businesspeople to cannabis.

“There’s a lot of grocery store money, restaurant money that wants to play a role,” she said.