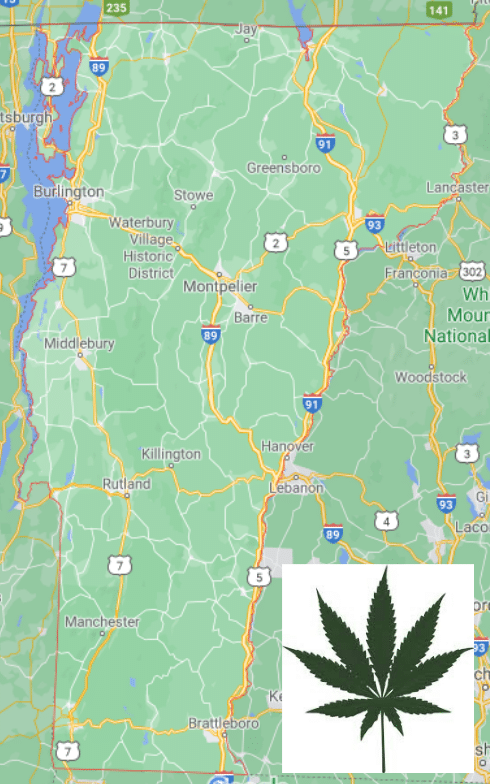 There was some uncertainty as to whether Scott would sign it after it passed the Vermont legislature. Scott allowed it to become law without his signature.

Senate Bill 54 creates a Cannabis Control Board to oversee Vermont cannabis by licensing and regulating retailers, cultivators, manufacturers, wholesalers, labs, and integrated licenses. It would give licensing priority to existing clinical cannabis providers, women, and people from marginalized communities disproportionately harmed by the War on Drugs. The law also provides education and incentives for small businesses and environmental sustainability.

The law establishes regulations that will govern the commercial production and sale of Vermont cannabis to adults. Under the plan, retail products would be subject to a 14 percent excise tax, in addition to the state’s six percent general sales tax. The potency of herbal cannabis products is capped at 30 percent THC, while concentrates will be limited to 60 percent THC.

THC is the psychoactive chemical that gets users high.

Products cannot be packaged to appeal to kids. Before the operation of any licensed cannabis facility, a municipality will need to hold a vote to permit commercial activities within their locality.

“Senate Bill 54 represents an opportunity to bring common-sense controls to the adult-use marijuana marketplace, which is currently unregulated, unlicensed, and untaxed,” Wolf said.

Some social advocates are not happy with the bill arguing that it did not go far enough.

“While the law, as written, is not perfect, we are confident that lawmakers will continue to further amend these proposed rules and regulations accordingly,” Wolf said.

Vermont passed legalization bill before but then never had a bill to implement it. In 2018, Vermont became the first state to make possession and limited cultivation of cannabis legal for adults via the legislature. However, the law did not regulate commercial cultivation nor sales. Thus, Vermont cannabis has been operating in a gray state.

Vermont is the second state to regulate cannabis via the legislature after Illinois in 2019.

“This is a victory for those who wish to disrupt the illicit marketplace and move forward with an above-ground, regulated cannabis marketplace,” Wolf said.

The new law takes effect immediately. However, regulators will not begin licensing cannabis companies and activities until the spring of 2022.

“This is a great day for the entire state of Vermont,” said Aaron Smith, co-founder and CEO of the National Cannabis Industry Association (NCIA). “Regulating cannabis in the Green Mountain State will create jobs and much-needed tax revenue while finally providing resident cannabis consumers with a safe, reliable, and legal source of cannabis within their own borders.”

According to NCIA, an economic impact report released in August by the law firm Vicente Sederberg, LLP estimates that Vermont will reap tens of millions of dollars annually in adult-use cannabis tax revenue.

The law is expected to expunge the criminal records of over 10,000 people convicted of possessing two ounces or less of marijuana. Separate provisions reduce the penalties for offenses involving the possession of more than one ounce but less than two ounces of cannabis and/or the cultivation of three plants to a civil fine.

Thus, homegrow is decriminalized but not legalized.

Cannabis is legal and regulated for adults in 11 states. Adult possession and limited home cultivation are legal in the District of Columbia. Thirty-three states, as well as several territories, have comprehensive medical cannabis laws.

Cannabis is legal and regulated for adults in neighboring Massachusetts and nearby Maine, as well as Canada.