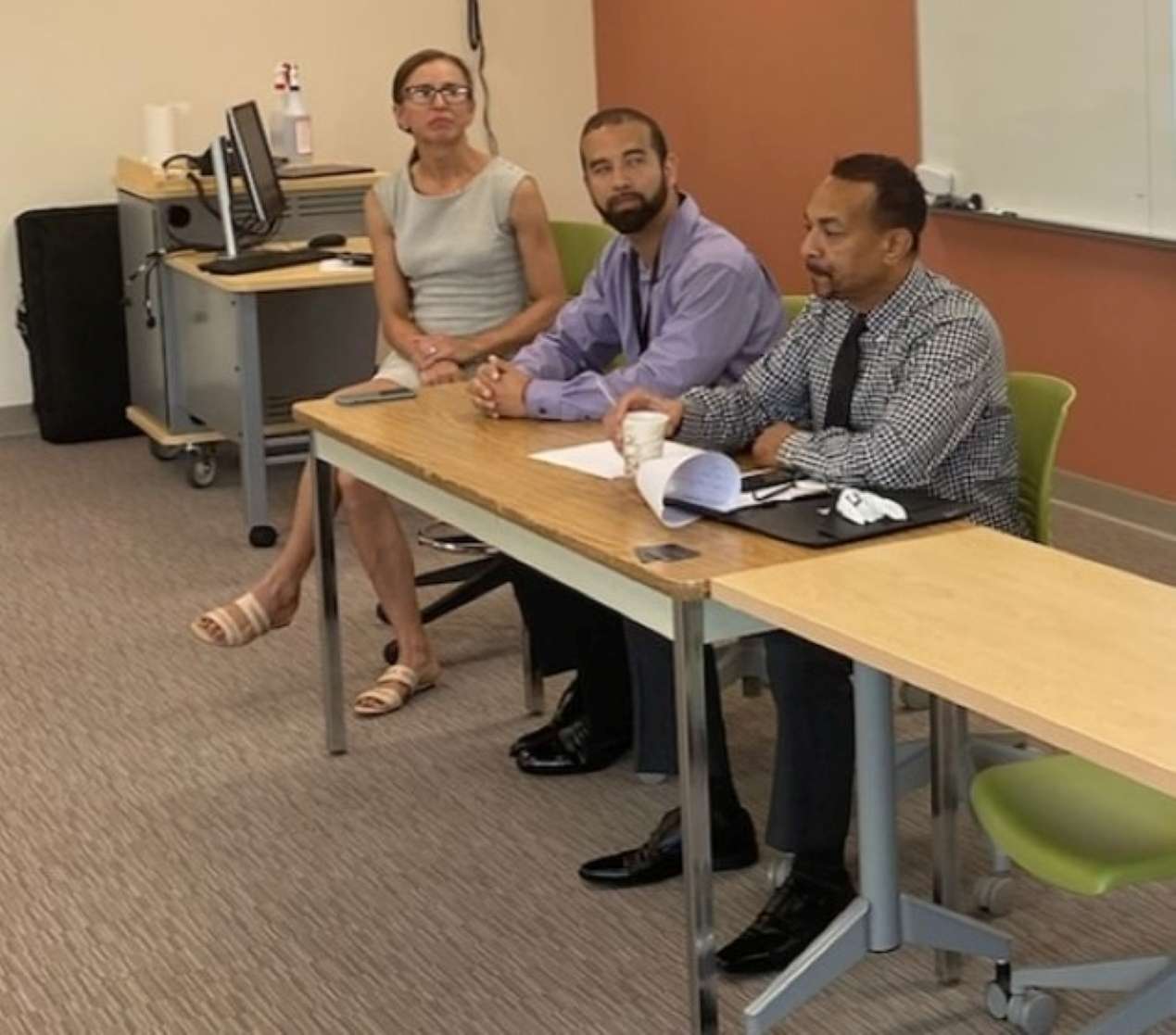 Doing Business as Valley Wellness, they will open the first medical cannabis dispensary in Somerset County in Raritan Borough.

“We put so much effort into that application in 2019,” Trent said. “It’s validating to have all the work pay off and see us score so well.

Trent attributed winning the provisional permit to hard work and her team members. She noted she delegated well and had a good application writer with Brian Blumenthal, a quality consultant in Brian Staffa and that her attorney Seth Tipton was instrumental in winning.

She also noted on the application Tim Weigand played a very integral role in the process. He is now Senior Director of New Jersey Operations for Acreage Holdings.

Trent also noted her strengths as a leader are organization and administration.

“I cold-called roughly 15 mayors in Central Jersey as early as 2018,” she said. “I was preparing Middle Valley Partners to apply for this a year in advance of actually applying.”

She noted she went real estate hunting for properties soon after giving birth to her second child.

Trent noted she raised the money for the business from family and friends.

Trent said she and her husband are from West Windsor in Mercer County. His support was critical for the venture.

“A significant portion of our investors are people we grew up with and went to high school with and went on to have relatively successful industries,” she said.

Trent said she wanted a license in part because she is a long-time consumer of cannabis and is currently a patient. She noted many still think of a consumer as a lazy stoner addict.

“I don’t feel like I give off that aura,” Trenton said, noting it’s important as a respected professional to normalize her consumption.

She noted as a parent, eventually, she will have to address cannabis use with them and find an appropriate way to discuss it as an industry leader in the state.

“I wanted to transition out of my job in the public sector, and I really wanted to do something that I loved,” Trent said regarding her reason for wanting a license.

“After I had my two children, I wanted to work for myself, and I wanted to do something entrepreneurial,” she said.

Trent noted that her husband’s support was crucial.

There is currently no New Jersey medical dispensary licensed in Somerset County. The closet dispensaries would be TerrAscend in Phillipsburg in Warren County on the Delaware River and Garden State Dispensary’s location in Union Township in Union County. Thus, some medical patients in Somerset County and Hunterdon County are up to an hour away from the closest dispensary.

While Trent waited 29 months to hear the results after the process started, she was not idle.

She has held non-credit classes at community colleges in New Jersey, educating people to enter the cannabis industry in entry-level positions. In addition, Trent spearheaded a job fair held by the Greater Raritan Workforce Development Board.

Trent also has been very active in the New Jersey State Barr Association’s Cannabis Law Committee, including speaking at their virtual conference in March.

Next Steps for a New Jersey Medical Dispensary

Trent noted she had not received a license yet but rather a provisional permit. To be properly licensed, she needs to fulfill the 20-day requirement to show local approval from Raritan Borough, site control, and receive certification that her business is in fact, woman-owned. In addition, they need to work with an engineer to get approval from the town to begin to build out and revisit the architectural design.

One of her main concerns is getting affordably priced products.

“I developed good relationships with operators in the state, so I hope that we’re going to be able to put product on our shelves,” Trenton said.

She noted the ten cannabis cultivators approved in October will help the process once they’re up and running.

“We’ll see how that unfolds as dispensaries start to negotiate contracts with the ATCs (Alternative Treatment Centers) to buy wholesale product,” Trent said.

Some of the existing New Jersey ATCs are selling others company’s products.

“I hope we’re given access to the same pricing,” she said.

Regarding site control, Trent had an option to lease a space that was extended, so she has not been paying monthly rent on an unoccupied space the way some other 2019 applicants were.

“It’s a major hurdle to applications in the state,” she noted.

Her ultimate goal is to have her dispensary become one of the respected operators and leaders in the state. She is also looking forward to being a good community partner in Raritan Borough and working on prisoner re-entry issues.

“I think there’s definitely room for these stand-alone operators to potentially represent our interests which may be different than the existing ATCs,” Trent added.

She noted even cultivators and dispensaries have different interests at times.

Trent wants and hopes to open quickly but noted it might take up to a year. Money and product storage are the only things that might take time to ensure they’re done properly.