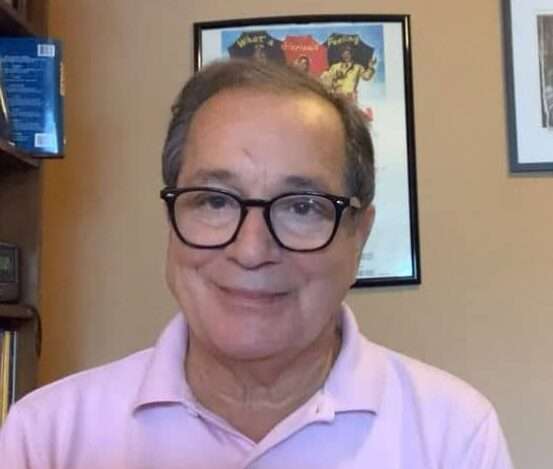 Stu Zakim is a long-time aficionado of cannabis. Through his career, he has been in Public Relations for Universal Pictures, the Rolling Stone, and Playboy.

“I’ve been very lucky that every job I’ve had was in a place… with a culture that doesn’t inhibit me in my behaviors,” Zakim said, regarding his consumption of cannabis.

He has believed in the benefits and used cannabis for many years. Zakim does not believe cannabis to be a drug, but rather a plant.

“Rolling Stone was my favorite job, rock and roll, amazing,” Zakim recalled. In doing so, he met a ton of people, including a lot of his idols. He was also able to smoke cannabis with a lot of interesting people in the late 80s. At the time, the atmosphere was like the freewheeling culture portrayed in the film Almost Famous. He also met some of their most famous writers, including Hunter S. Thompson and Kurt Loder, who became famous on MTV.

While working for Universal, Stu Zakim promoted the classic stoner film Half Baked. He was a great fan of the film from the start. He recounted riding NJ Transit and reading the script on the way home laughing hysterically. Half Baked stars Dave Chapelle and Jim Brewer were in New York, where Zakim was based. They used to hang out in his office and get high in the bathroom. While the film did not initially make much money, it has become a cult classic.

The coolest people Zakim said he ever smoked with were Cheech and Chong themselves.

Given his time in the film industry, Stu Zakim has been a member of the Academy of Motion Picture Arts and Sciences, which awards the Oscars since 1995.

Zakim worked at Showtime in publicity when the hit show Weeds debuted. Starring Mary-Louise Parker as Nancy Botwin, the show was about a single mother who sold cannabis to support her family after the death of her husband. Stu Zakim said ahead of its time. It was the first TV show to celebrate cannabis and show how a single mom could make money.

Stu Zakim and the Cannabis Industry

Zakim’s formal entry into the cannabis industry more directly came when six years ago, his friend David Rheins launched the Marijuana Business Association (MJBA) based in Seattle when the Washington State legal market was about to open. Many people wanted to get into the industry but didn’t know what to do, so Zakim helped develop and promote educational panels on the nuances of the industry.

Zakim worked helped put together a symposium in Newark in 2018. (Full disclosure: Heady NJ was involved in it as well).

They sought to bring MJBA to the New York market, which was difficult because the medical marijuana (or clinical cannabis) market has not been very large, which means that were not enough opportunities to keep it going.

However, Zakim met many people that, as well as through advocacy. With his connections, he launched his public relations firm, Bridge Strategic Communications.

Zakim is especially adamant about erasing the old stigma associated with consuming cannabis. Thus, he thinks it important to portray regular cannabis users as fully functional, not sitting around in a daze as media often does.

Even though it is an important time to spread the word on the referendum, Zakim is worried that voters will not be educated sufficiently to vote for legalization. He is keenly aware of the importance of the election this November 3rd and the need to urge people to vote for Joe Biden and cannabis legalization in New Jersey. Zakim lamented the effects of the coronavirus halted these efforts somewhat. It is especially bad since people cannot get together, smoke, and discuss politics.

He noted in terms of implementation; ideally, the existing clinical cannabis infrastructure, particularly the Cannabis Regulatory Commission, will help speed up the process.

Zakim has been involved in advocacy efforts. He sat on a panel at a townhalls forum in Montclair on cannabis last year in February. Zakim was one of the only people who were in favor of it on the panel since it was organized by long-time cannabis opponent Senator Ron Rice (D-Newark. Stu Zakim argued heavily in favor of cannabis. Brendan Gill, an Essex County Freeholder and Governor Murphy’s 2017 Campaign Manager Gill also argued in its favor. State Senator Nia Gill (D-Essex), who was also on the panel at said she was reluctant to vote for the bill because it did not contain sufficient social justice provisions.

Legalization failed to pass in the legislature due to opposition led by Rice.