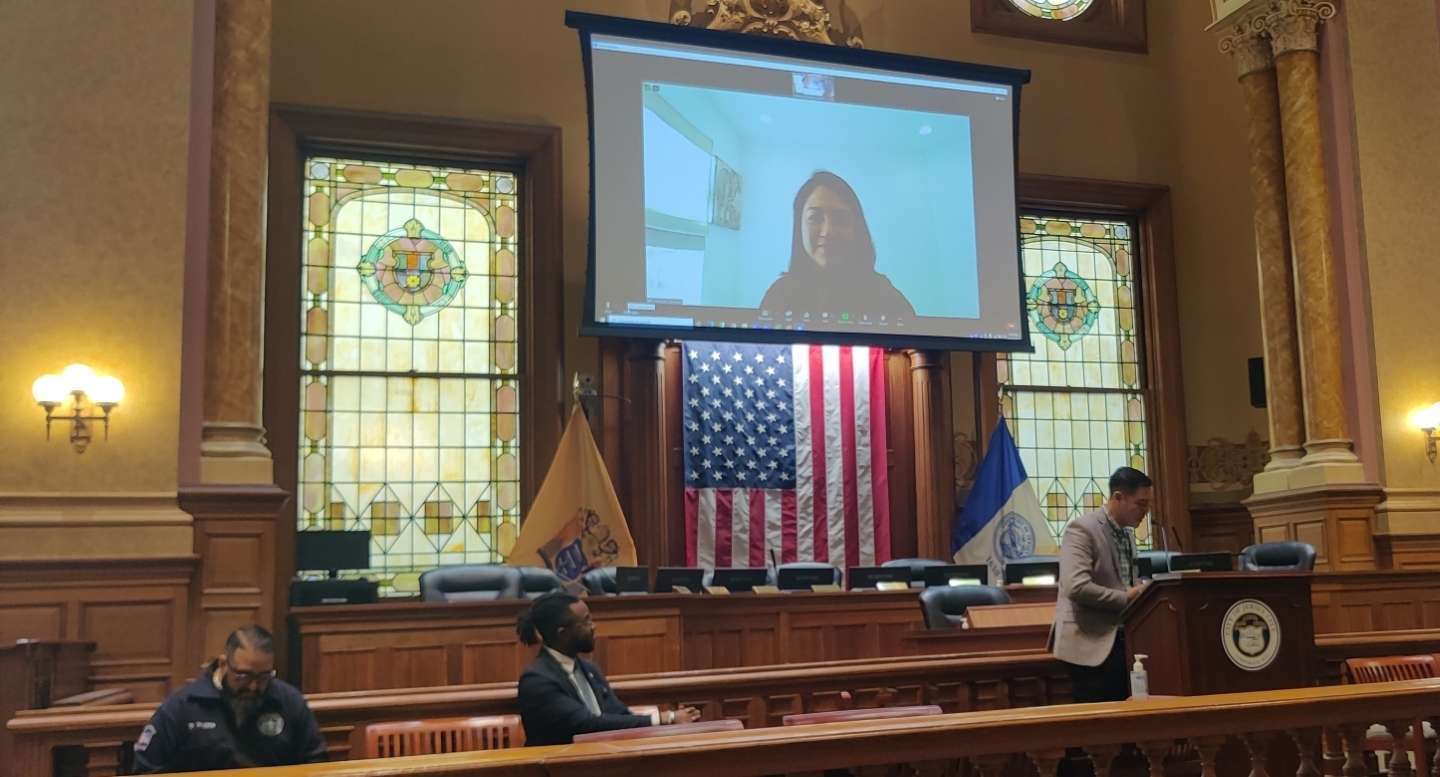 This marked the first annual Latino cannabis conference held by the National Hispanic Cannabis Council’s Tri-State chapter, jointly hosted with 420 Cannabis Place’s CEO Osbert Orduna. While approved by Jersey City, they are waiting on the NJCRC for their state conditional license. Many New Jersey cannabis licenses have already been awarded.

“As a proud Latina member of the Cannabis Regulatory Commission, I bring the values of my community with me to work every day. Every community will benefit from its success,” NJCRC Commissioner Maria Del Cid said virtually.

“Hispanics are constantly underrepresented in business ownership, and cannabis is no exception.”

Del Cid said that under six percent of cannabis licenses are owned by Hispanics, despite being 20 percent of the population of the United States.

“In New Jersey, we’re going to change that,” she declared.

She continued that policies geared to help poor, minority-majority neighborhoods that are Impact Zones and Economically Distressed Areas (EDAs) would help.

“We are holding them to each of the commitments they made,” she said about the licensed dispensaries in the adult-used limited market. “We need all of you to join in this mission … to transform our communities for the better.”

“We are working very intimately with the Economic Development Authority to unveil an access to capital program sometime soon,” NJCRC Director of Diversity and Inclusion Wesley McWhite said.

The EDA has previously said the program to financially aid cannabis companies would begin next year.

“If there are extenuating circumstances to your converting into to an annual, we have it written into our rules that you can ask for an extension,” McWhite said about conditional license winners that are struggling.

“So far, we’ve given plenty of extensions to conditional licenses. As we continue to… get further down the road with licenses and reviewing, we’re always going to be checking in with our applicants, checking in the industry to see where they are. We don’t want anybody to fail, right? We want everyone to be successful,” he explained. “We’re keeping our ears to the ground.”

Thus, it will likely be possible for conditional license holders that need capital from the EDA to be granted extensions until the program is launched.

Without such assistance, many cannabis industry and policy experts have been predicting that most of the conditional license winners will not open their doors. Many Latino cannabis companies need the assitance.

McWhite said the NJCRC is also working with other agencies, are working to solve the other significant issues of real estate and workforce development.

He explained they are collaborating with the NJ Business Action Center to help entrepreneurs.

“We’re listening to the public and adjusting as we see fit,” McWhite said about the technical details of their different licenses to operate different businesses.

He explained that under New Jersey’s cannabis legalization implementation law, the NJ Cannabis Regulatory and Enforcement Market Modernization Act (CREAMMA), 30 percent of licenses are supposed to go to certified minority, women, and disabled veterans, which his office oversees.

He noted they are making good progress at setting up diversely owned businesses. McWhite explained it is a new program, and most states do not have such a strong Social Equity assistance program established so early in their cannabis markets.

Of 1,434 persons of interest who own at least 11.4 percent of a company that applied for a license, 158 are Hispanic, making the New Jersey licensed cannabis industry 11 percent Hispanic-owned.

“Every product that will be sold … has to be tested. So that is an opportunity to get into the testing space,” McWhite said.

He noted that, unlike in Jersey City, many municipalities allow very few cannabis companies.

“Our job as the CRC is to continue to dialogue with towns that have not opted in,” McWhite said, encouraging the public to speak to local leaders about cannabis.

“We still have work to do to make sure other municipalities opt in. We don’t have a strong cannabis community in the advocacy space. The CRC cannot do it alone. We can really fight stigma and fear,” he added.

“We are talking to … folks who have operated in the legacy market or …street pharmacists, the folks who have been doing this for decades and decades,” McWhite said. “We’re continuing those conversations. We are going to continue pushing policies that help legacy people transition into this space.”

Orduna said there is a taboo around cannabis in the Hispanic community. He also pointed out that even though cannabis is legal in New Jersey, you can’t consume it in the street.

“Black and Brown communities were disproportionately targeted during cannabis prohibition. To see our communities are a minority percentage is something we should all be upset about,” he said.

“Normally, we’re underrepresented in business ownership. In cannabis, it’s that much more exponential.”

Orduna explained that without skewered statistics, it’s 3.8 percent ownership of Hispanics. He noted there are great opportunities for Hispanics in the nascent industry that will be a multi-billion dollar industry in a few years.

He further stated that issues with Section 280-E of the IRS tax code, whereby licensed cannabis companies cannot write off their expenses which leaves them with a 70 percent tax rate where most businesses can take advantage of such large loopholes.

“You have less access to capital,” Orduna said about Latino cannabis companies since Latino households typically are poorer than the average white household.

He asserted that the negative perception of cannabis is due to “the best misinformation campaign ever launched in this country,” which increased hatred of Hispanics.

“It was pitched as something that would … unleash the Latino hordes and plagues to rape, rob, pillage, and steal, which obviously wasn’t true. This has been going on for 80 years,” Orduna said.

He also advocated for Congress to pass the SAFE Banking Act to increase access to capital for cannabis companies while the plant remains federally illegal.

Orduna noted a loud minority could make its voice heard and influence cannabis policy, whether they are for or against cannabis.

Beware of Snakes in the Garden

NJ Hispanic Chamber of Commerce CEO Carlos Medina moderated a panel with Orduna, McWhite, and Rosemarie Moyeno Matos, attorney for the controversial Medusa dispensary and lounge that St. Peter’s University is suing along with the Jersey City Planning Board in a last-ditch effort to stop progress.

Matos said that most towns that only allow a few companies have chosen them already, while others that allow many, like Jersey City, are being inundated.

“There are also many financial predators in the industry,” she stated.

Orduna explained a deal this was offered to him by a man who said he represented owners of many licenses.

“There are people out there who are sharks. They see your woman status, minority status … as someone they want to exploit. They’re going to make you do something illegal. That’s a front.”

To that point, McWhite said they have an investigative team looking for predatory practices.

“That happens to many members of our chamber. If it feels wrong, listen to your gut. You’re right 95 percent of the time,” Medina stated.