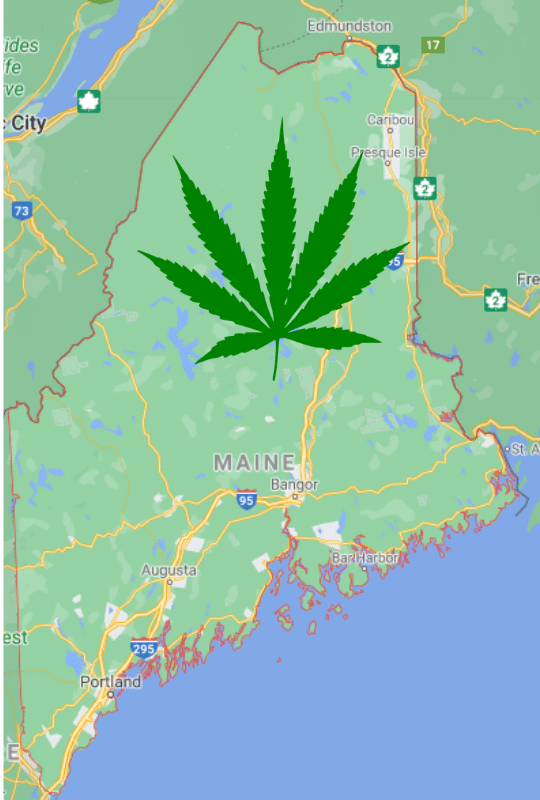 The Maine cannabis for adult-use market opened today after being legalized by a referendum in 2016 and blocked by the former Governor.

Comparable to the opening of Disneyland, it might not be the great destination it eventually becomes of how many details were rushed to open it as soon as possible.

The products available are very limited. Licenses to operate adult-use dispensaries were only issued last month.

Experts say it will take about a year to 18 months to get up to its full potential.

Growers only received licenses to grow adult-use Maine cannabis on Sept 8th, which means that the cannabis they planted won’t be available till about November or December when it’s harvested after three months of growing and more time for processing.

A total of seven Maine cannabis dispensaries are open today. Seven growers, four manufacturers, and one lab have been licensed so far.

The tax on Maine cannabis for adult-use is set at 10 percent. The tax on cultivators is $335 per pound of flowers, $94 per pound for trim, $1.50 per pound for seedlings, and 35 cents per pound for seeds. Maine has been generating between $12 million and $14 million per year from the 5.5 percent sales tax on medical marijuana. This trend is expected to continue.

Maine legalized cannabis via referendum in 2016 when the reactionary Republican Paul LePage was Governor. He vetoed two implementation bills.

He was defeated for re-election in 2018 by Democrat Janet Mills after serving one term. Mills has been supportive of legalization. Her administration sped up implementation after LePage succeeded in delaying it for so long.

Coronavirus halted the opening of the Maine cannabis market. It was supposed to open in the spring.

Some cannabis entrepreneurs have likely moved from California to take advantage of the market there.

Many people already enjoy Maine Cannabis. New Jersey patients can buy quality cannabis there and speak well of it. It’s about 5 to 6 hours away driving.

People also like Maine due to its laidback attitude compared to the “New York minute attitude” prevalent in New Jersey.

Maine cannabis was first outlawed in 1913.

I plan to visit it after the election (Turn the Page to vote for cannabis in Question 1!) and report back.