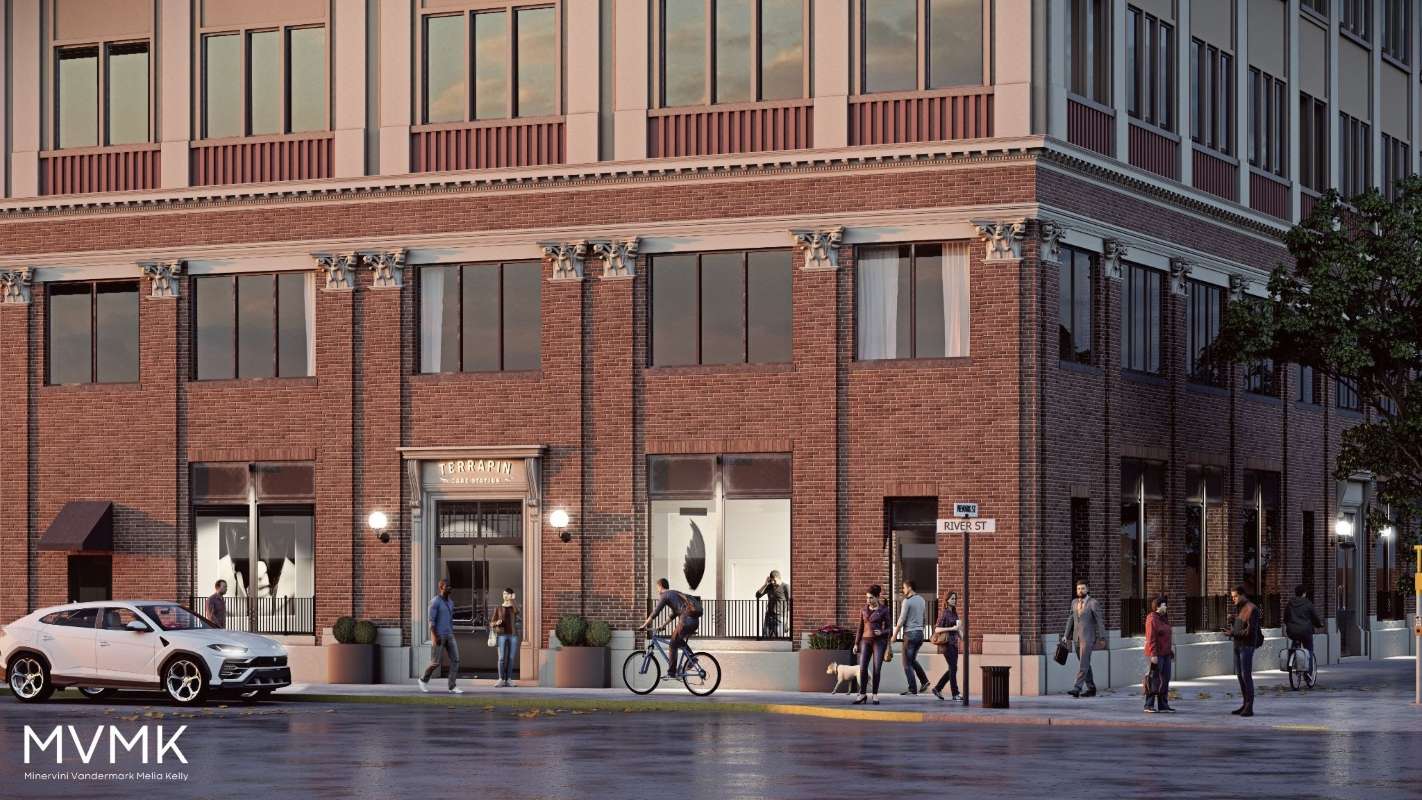 They were among the 30 companies awarded a medical cannabis dispensary license by the NJ Cannabis Regulatory Commission (CRC) this week. Their primary location will be in Hoboken at 86 River Street across from the PATH station.

“We are thrilled to be moving forward with plans to bring critical cannabis medicine to patients in New Jersey,” said Chris Woods, owner and CEO of Terrapin. “We are thankful to our partners in the Hoboken community for patiently supporting us with open arms.”

Woods is a Hispanic American who grew up in Bucks County, Pennsylvania, and whose parents now live across the Delaware River in Lambertville, NJ in Hunterdon County.

“We look forward to serving the community as responsible corporate citizens in meeting the demands of cannabis patients while leaving a positive community impact,” he said.

Terrapin has received approval from Hoboken, including approvals by the Planning Board and the Hoboken Medical Cannabis Review Board. The company will begin construction with the hope of opening its dispensary in about six months.

“It’s a huge deal to bring legal cannabis back to the area where we grew up. I grew up in Manhattan and later moved to Westchester County in New York myself, so getting back east with this is a big deal for all of us,” Terrapin Communications Director Peter Marcus said.

“We all grew up and moved out of the area, but you know how it is; northeast lives in your blood,” he added. “Our hearts are filled, and we’re incredibly excited to share our incredible brand with the good people of New Jersey.”

They have been aggressively defending their application and site in Hoboken and sued to make the dispensary Harmony go through the Medical Cannabis Reviews Board approval process after they were approved using a simpler process. Harmony was ultimately approved to operate in Hoboken.

Terrapin is a cannabis corporation that is a Multi-State Operator (MSO) with six dispensaries and four cultivation/processing facilities in Colorado. They also operate a licensed grower/processor medical cannabis facility in Clinton County, Pennsylvania, and Kansas City, Missouri. Terrapin also operates a medical/adult-use cultivation/processing facility in Grand Rapids, Michigan. What started as a one-man company in Boulder, CO in 2009 has become a national company with more than 500 employees.

The approval concluded four years of outreach Terrapin did to operate a medical marijuana store in Hoboken.

Delays stemming from a lawsuit prevented the CRC from scoring applications resolved in February. They were subsequently understaffed since the five member-commission was not fully named until March and seated until April.

“This is good news for the Hoboken residents and local patients who will reap the benefits of not only increased access to medical cannabis but also new revenues the city will collect through our medical cannabis transfer tax,” said Mayor Ravi Bhalla. “These funds will be transformational as they have been allocated to support social justice initiatives, cannabis education programs, the special improvement district, community policing, and similar social programs.”

“We have a proven track record that ensures that we will fit in with the fabric of the community,” Woods said. “The relationships we have developed with the community allow us to serve as a responsible partner who is invested in the future of Hoboken and North Jersey. We look forward to the good work ahead.”

“Terrapin’s commitment to our community and the patients of New Jersey has been impressive,” said Joseph Castelo, a long-time high-profile Hoboken resident who partnered with Terrapin. He is a filmmaker and co-owner of Antique Bar and Bakery, a Hoboken restaurant, and Sweven, a members-curated workspace.

He partnered with Terrapin because of the company’s commitment to giving back to the Hoboken community.

Terrapin says they are committed to equity and social justice. As part of its commitment, it worked with several nonprofits and organizations to create a beneficial footprint.

They are also part of a national coalition Cannabis in Common campaign for legalization.