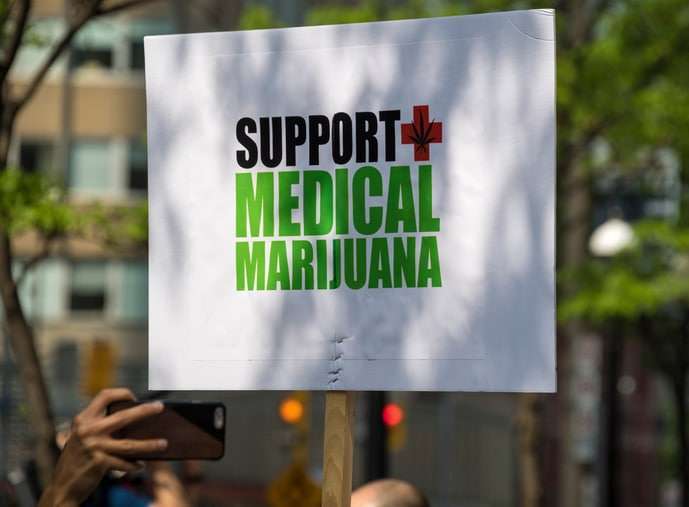 Medical marijuana advocates spoke out against the Hazlet ordinance allowing them to ban cannabis before they did so.

In February, the Hazlet Township town council passed an ordinance banning cannabis from being sold in the town for either medical or recreational adult-use purposes. The ordinance was adopted in response to the expectation that Governor Murphy will sign a bill legalizing cannabis statewide for adult-use.

Charles Kwiatkowski, resident of Hazlet for 18 years and currently living with multiple sclerosis, shared his thoughts on the need for cannabis dispensaries in town. He stressed the need for patients to be able to engage in home cultivation of medical cannabis.

Medical marijuana is not covered by insurance.

“The problem with home cultivation is there is no way to control it,” Mayor Scott Aagre said.

The allowance of home cultivation depends on if it is allowed in a state legalization bill. While some of the proposed bills have provisions for home cultivation, others do not.

“You are hurting disabled war vets; children with cancer, people with epilepsy,” Grimes exclaimed. “Why don’t you support [your medical patients]? How are you not allowing medicine in this town? You allow oxycontin, fentanyl and booze, and tobacco, but no cannabis!  Are you kidding me?”

Jeff Oakes, a resident of Oceanport, shared his compelling story for over 12 minutes, highlighting his experience using cannabis for relief from chemotherapy. Oakes was diagnosed with cancer two years ago and was told he would have a short time to live. However, he has used cannabis during this time and has exceeded his physician’s expectations. “I’m on my 29th treatment of chemo tomorrow. The only way I can function is by [medical marijuana].”

Numerous advocates addressed the council, including a former drug and alcohol counselor, a patient advocate, and other New Jersey residents. The advocacy group is part of a movement called the Ignorance is No Excuse Tour that visits police stations and governing bodies throughout New Jersey to advocate and aims to educate officials on the benefits of cannabis, and points out the ignorance and misinformation surrounding marijuana.

“There is no room in Hazlet for [cannabis],” Aagre stated.

However, Hazlet has approximately 20 liquor licenses (pg 42), one of which is a strip club, and numerous pharmacies giving out the very drugs they are admittedly afraid of; opiates. There are also vape stores, a smoke shop, and a cigar store in the town 22,000.

By the conclusion of the meeting, a few patrol cars were sent, seemingly in response to Grimes’ passionate delivery of his public comments. There was no need to worry and the police quickly left. The patients then safely medicated with their marijuana outside the town hall.

Hazlet has fallen victim to the growing trend of vacant premises that result from the decline in retail sales throughout the country. There is no denying the town could benefit from new businesses.

While it is likely that the town council conjured up images of gigantic dispensaries known as seed-to-sale operations, there is an expectation that the cannabis laws may allow for separate licenses, resulting in the ability to have small-scale dispensaries.

Throughout the state, some towns and cities have passed ordinances banning cannabis, but the trend recently began shifting to towns amending the bans to allow for medical cannabis to be regulated and sold in their towns. Parsipanny-Troy Hills, and even more recently, Union City, passed or amended ordinances to allow medical marijuana in their respective towns. Additionally, Toms River and Jersey City tabled their bills until more information is obtained, such as an actual bill that the Governor signs. Before such a bill is introduced, towns are banning something that they do not even have information on yet.

In January, the Monmouth County Freeholders passed a resolution encouraging towns in the county to ban cannabis. Some of these Freeholders, similar to Freeholders in Ocean County, were acting on false information driving their decision-making. In Ocean County,

“Marijuana is more dangerous than cocaine,” Freeholder Gerry Little stated, because it is labeled as a Schedule I drug by the federal government.

Monmouth County Freeholders also recently shared their concerns while stating their reasons for not wanting to support changing New Jersey’s cannabis laws. Freeholder Director Tom Arnone said the plan is, “Unclear on everything. They have no answers.”

“It’s absurd and it’s heartbreaking. It’s astonishing to me we have to balance our budgets on the backs of residents, especially our children, on legalizing marijuana. We will not let this happen in Monmouth County,” Freeholder Pat Impreveduto said.

Hazlet’s Deputy Mayor Sue Kiley is one of the Monmouth GOP’s  Freeholder nominees in the upcoming election. It’s interesting that Hazlet came out so rapidly in support of the Freeholder’s bill when she is a nominee for the county party.

After hearing from the medical patients will Hazlet amend their bill to accommodate marijuana?

See the full video of the Ignorance Is No Excuse Tour by clicking the image below.