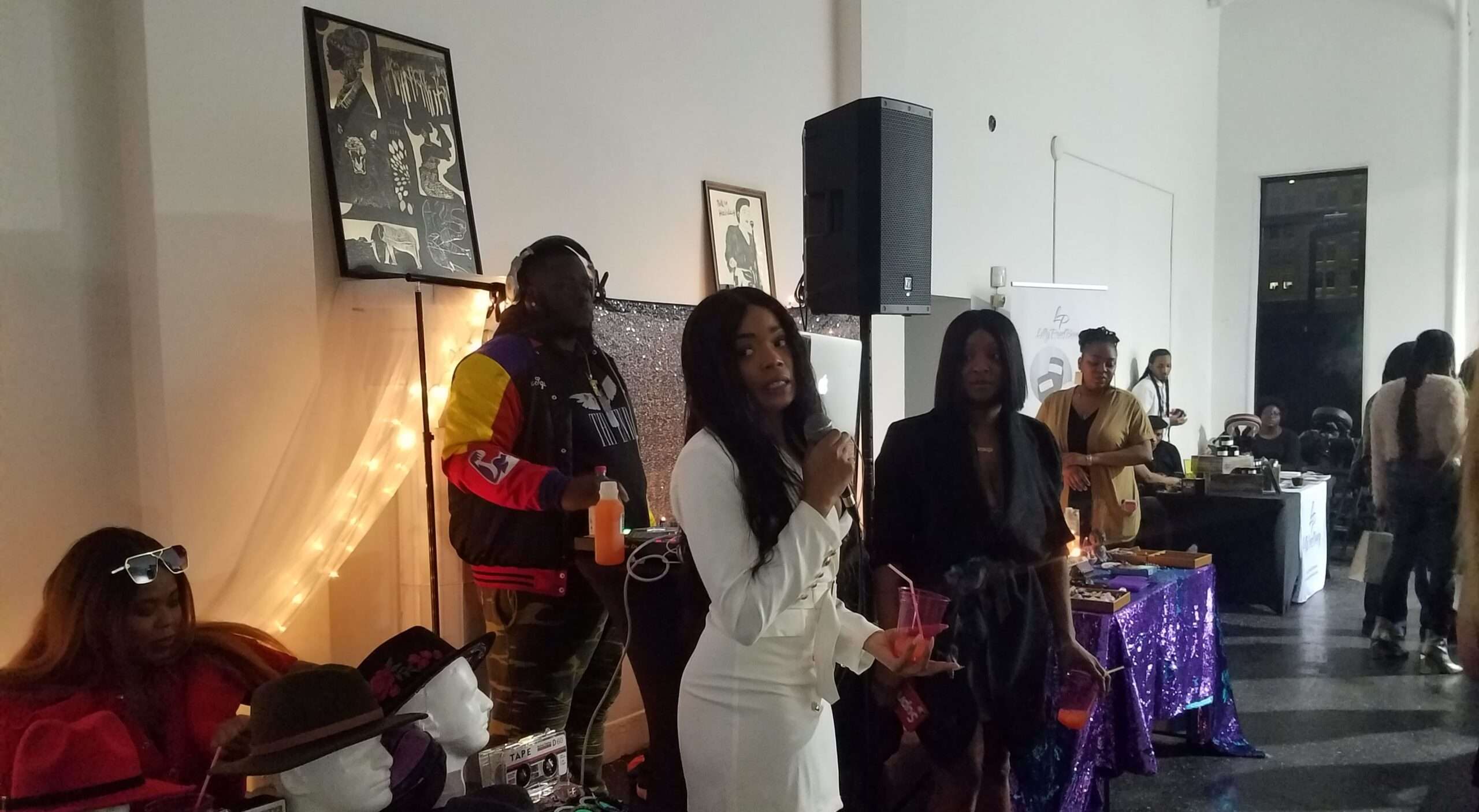 On Saturday night a CBD Extravaganza was held in downtown Newark featuring different hemp and CBD vendors along with a DJ.

It was hosted by the Lazy Leaf Cafe & Bistro to promote the opening of their cafe in two months on 4/20 at 17-A Academy St in downtown Newark across from the Prudential building. The event was held on the spacious 13th floor of 17 Academy St.

Among the vendors was Baked by the River which had cake pops, brownies, and cookies for sale. In addition, Parkside CBD, a vendor of smokable CBD at many events was also present.

One interesting CBD vendor of lotions was Sabreena Anderson, founder of Lilly Pearl Beauty Co. Her CBD-infused lotion is full-spectrum, organic, and vegan. The vegan market is growing in the CBD and cannabis industry, for instance, companies similar to ZenBears offer vegan-friendly, THC free gummies for those who are looking for the calming effects of CBD without the hangover effect of THC.

“The power of plants. You can’t beat it,” said Anderson. Based in Parlin, Anderson has been in business for almost a year and exhibits at similar events across the state.

The extravaganza was run by Lazy Leaf Cafe owners Blushii Babez and Meish Millz. At the event, they were vending CBD infused beauty products, lip balms, scrubs, mousses, smoking accessories, ice cream bongs, tinctures, pre-rolls, lighters, and gummies – all of which are products that can be found online through places such as the CBD Variety Shop who even have CBD energy drinks, and with them being an online retailer, it doesn’t really matter if you’re local to them.

“She’s more of the organized one and I’m more the physical, hands-on,” Millz said about Babez. “She’s like my long-lost sister.”

They have been working together for five years. Previously they hosted underground pop-ups together. Now they’ve moved to CBD.

“Everything just evolves. We’re just going with the evolution,” said Millz. She added that CBD has been quite helpful for her personally.

“CBD helps with my anxiety,” said Millz. “I literally have flare-ups. And my cream really helps it out.”

Millz is a chef herself of a variety of food, including edibles. She will be cooking a great deal of food at the cafe. Babez was previously a special education teacher helping children with autism and has been a medicinal patient herself for three years. Currently, they are both CBD vendors.

“People are going to want to be in there all the time,” Millz said.

“We’re from Newark. We wanted to give back. My partner had a smoke shop on Washington St. so she’s familiar with the industry,” said Babez.

If you, unfortunately, don’t live anywhere near this innovative cafe but want to buy edible CBD products (this could be a variety of reasons, ranging from you don’t like holding the oil under your tongue or want to try something new), then you can always take a look online. For example, you can head on over to PCO CBD who sell a variety of gummies and CBD-infused edibles.

Millz and Babez met through Babez’s father Tarik Ali. He is a prominent figure in the industry himself. He educates people in the community about the benefits of medical marijuana and assists people obtain their cards. In Ali’s experience, many don’t know about its benefits and how medical marijuana (or clinical cannabis) can help people.

“It makes me proud,” said Ali regarding Babez’s budding business. “For a parent, you always want your child to do better.”