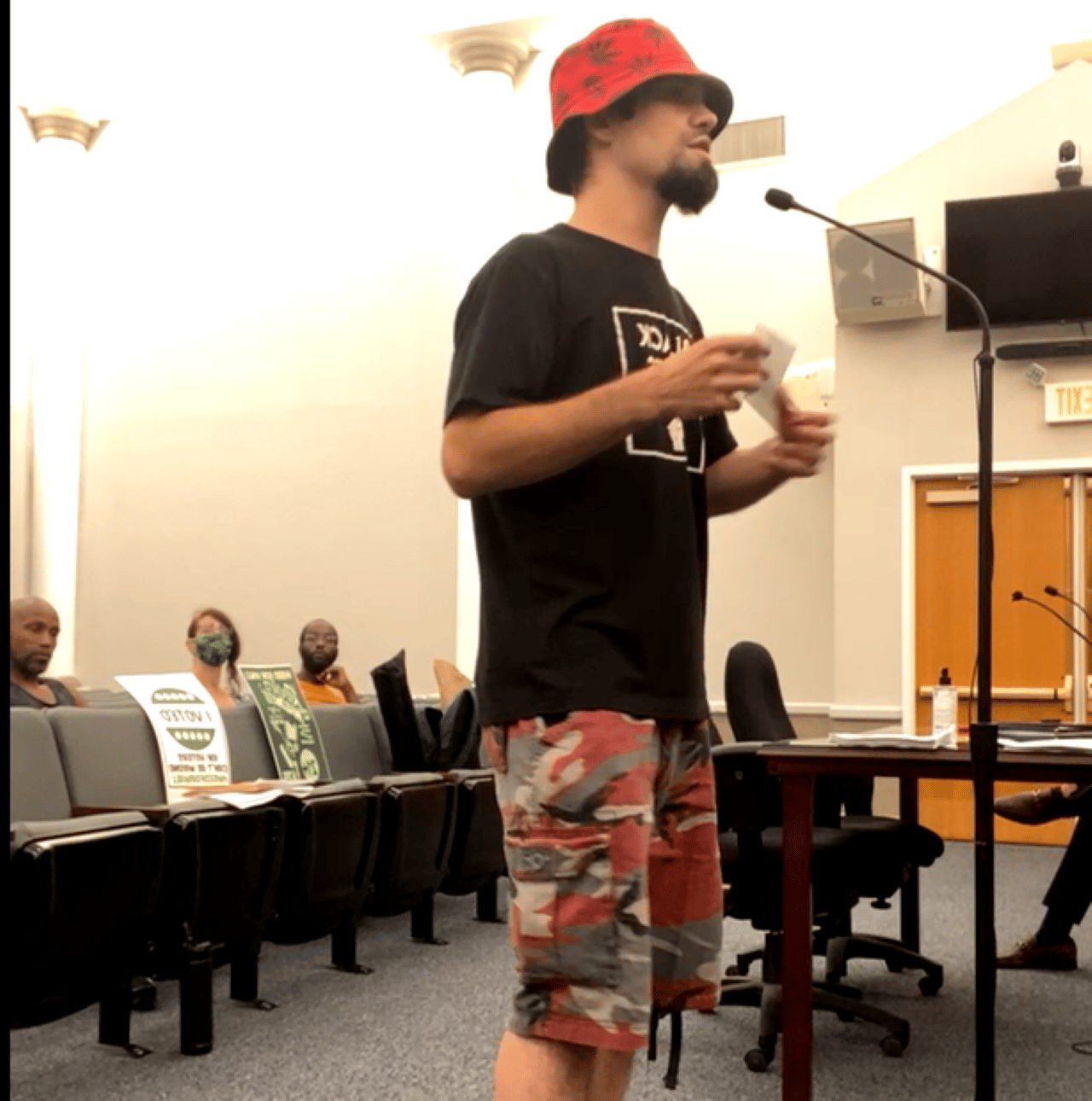 Cannabis protesters gathered outside Wall Township city hall to voice their anger with the town’s decision to ban cannabis facilities in its ordinance passed in May.

The protest was organized by Wall resident Keith Hunsinger who cited the 62 percent majority by which Wall voters supported the legalization of cannabis as evidence that the town should allow related businesses. Hunsinger said they instituted the five-year ban on cannabis facilities, but hopes his cannabis protests will change that.

“If the voters wanted it, the voters should have it. I feel like the township is going against the people,” Hunsinger said. He said some of the committee members may be “on the fence” about the issue, but listed Committeeman Kevin P. Orender, a former narcotics officer, as a firm opponent.

“If the voters voted yes, there’s no reason why we can’t have a dispensary,” Hunsinger said. He listed the opposition of the township’s Republican Committee members to Governor Phil Murphy, a Democrat, as a potential reason why they voted against it.

He said that while the committee members are Republicans, cannabis reform should be non-partisan.

Among the protestors was Lincoln Gratton, who has been a medical cannabis user since 2019 and a recreational user before that.

“I’m not trying to set up a million-dollar empire or anything like that. I’m just trying to take care of my family,” he said.

Gratton explained he has a disabled brother and ailing mother who would have to travel over an hour to get medical cannabis without a dispensary in their town.

He spoke at the NJ Cannabis Regulatory Commission (CRC) meeting on Tuesday.

Protesters also brought up such benefits of legal cannabis as a treatment for victims of Post Traumatic Stress Disorder (PTSD) and inclusion for residents that are minorities.

The cannabis protest was originally scheduled for June 22nd but was postponed due to rain.

A cannabis protest activist repeated “62 percent,” noting the percentage by which the November referendum passed, and “weed for Wall,” into a megaphone.

He explained some other towns which have legalized dispensaries require security to be stationed on-site which could provide employment opportunities for retired officers. Hunsinger also noted that the two-percent cannabis tax could be used to help pay the pensions of those officers.

“We have the understanding that, as other states have done, that homegrown (medical cannabis) would absolutely be on the table,” cannabis activist Jeff King said. “To have it so categorically rejected… is a real slap in the face to everyone, patients especially.”

He recounted his experiences with loved ones who need medical cannabis and said this ban would hurt them.

“I’m flabbergasted. And that puts you all in a hard position to want to have a ban, but still, patients have no chance,” King said.

He criticized the committee for basing their decision on outdated reasoning.

“You’re following (other municipalities’) advice. They issued that advice months ago,” he added.

King also brought up the benefits cannabis would have for the township.

“Atlantic City… is embracing cannabis now because it’s economically advantageous as it would be for Wall Township in all its elements,” King said. “The two percent tax for retail… for transfer, for growing. We know there’s a lot of revenue to be had to do… renovations for the schools, or however it may behoove you.”

“I had the ability to engage this organization prior to the meeting, and I understand their concerns,” Committeeman Daniel Becht Becht said. “What I tried to suggest and emphasize is that it’s not that the current administration is totally opposed, the law is basically brand new.”

He hinted that changes could be made down the road.

“We have to evaluate it. We have to figure out ‘how do we make it work?’ Ultimately it could work, maybe it doesn’t work,” Becht said. “But I did say that we were open to dialogue.”

Mayor Timothy J. Farrell said he had not received any calls with complaints about the law.

“People might have voted for it on a statewide basis, but actually selling it, distributing it… they don’t want that right now. At least right now,” Farrell said.

“You have no compassion for disabled vets, and I can prove it,” said Grimes. “For years, disabled vets have been asking for online schools, online work, online council meetings, online churches, and you all gave that to healthy people for 14 months… And now you took it away.”

“My friend has PTSD, a bunch of other issues and now he has cancer. He’s a vet. What are we doing for him? We’re banning his medicine,” Grimes said.

Becht responded to Grimes’ comments, saying “We’re not ready to make a decision one way or the other. We need to get the advice of the police department, public safety, to figure it out.”