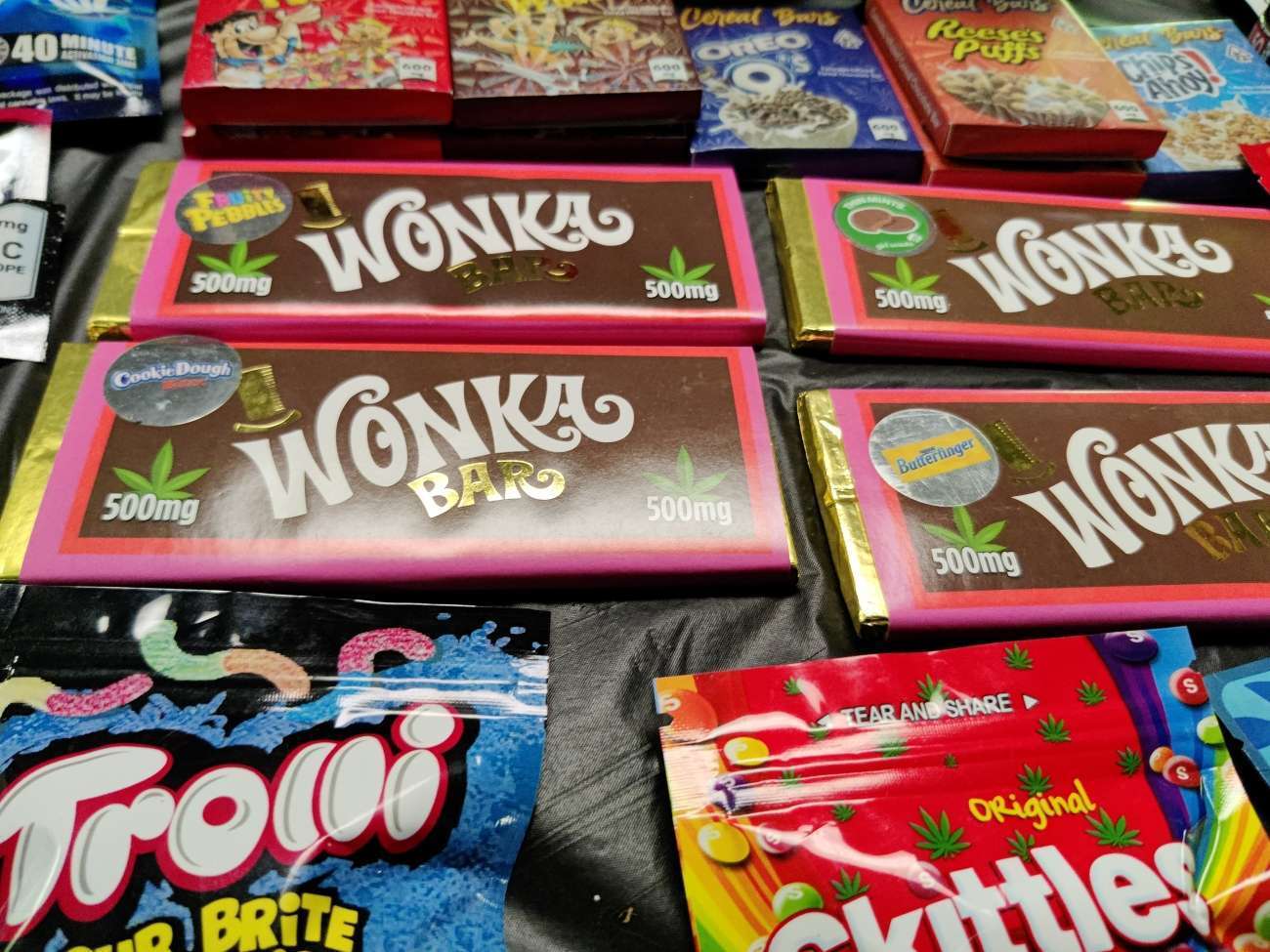 A coalition of corporations and trade groups sent a letter to Congress demanding a crackdown on unlicensed cannabis operators and platforms that sell infused parody brands.

“The use of these famous marks, clearly without the approval of the brand owners, on food products has created serious health and safety risks for consumers, particularly children, who cannot tell the difference between these brands’ true products and copycat THC products that leverage the brand’s fame for profit,” their letter says.

“While law enforcement focuses on addressing illegal sales, this unscrupulous practice has pointed out a gap in existing law, the widespread online sale of packaging that leverages these famous brands,” the letter said.

According to the Consumer Brand Association, “a recent New York University study analyzed just how closely some THC products mimic an original brand product. They found that out of the photos of edibles submitted by consumers, 22 of them “closely resembled” 13 snack food brands, eight used the same brand name and seven copied the brand mascot.”

The letter was from Pepsi, Kellogg, General Mills, other large corporations, and several industry trade organizations. They are advocating for the passage of the SHOP SAFE Act to address the issue.

U.S. House Judiciary Committee Chair Jerry Nadler (D-NY-10) has introduced H.R. 5347, the SHOPE SAFE Act, which would hold electronic platforms liable for unlicensed cannabis companies’ parody brands. The bill has bipartisan support in the House, with Congressmen Darrell Issa (R-CA-50) and Ben Cline (R-VA-6) along with Hank Johnson (D-GA-4) serving as co-sponsors. It passed the Judiciary Committee 30-8 last September. There has been no action since.

Senator Christopher Coons (D-DE) introduced S. 1843 as a companion bill in the U.S. Senate, where it was referred to the Judiciary Committee last May, where it remains. Senator Tom Tillis (R-NC) is co-sponsoring Coons’ bill.

Bills with so few sponsors are usually not passed by Congress and signed into law by the time a new session of Congress begins after the elections.

California Attorney General Ron Bonta (D) has sought to address the problem. He noted the products are often stronger than those sold in the state-licensed adult-use cannabis markets.

Companies are using the largely unregulated Delta-8 THC to infuse parody products along with Delta-9 THC, the traditional ingredient which enables consumers to get high.

While the New Jersey cannabis referendum implementation legislation CREAMMA outlined a path for unlicensed cannabis operators to obtain a legal adult-use license, it remains to be seen whether any towns will allow them to operate within their borders.

The NJ Cannabis Regulatory Cannabis Commission (NJCRC), in its interim regulations, sought to lower barriers to entry. However, towns might ignore that and prefer adult-use cannabis licenses go to respectable, well-capitalized corporations from out of state experienced in hiring lawyers to navigate red tape to make money.