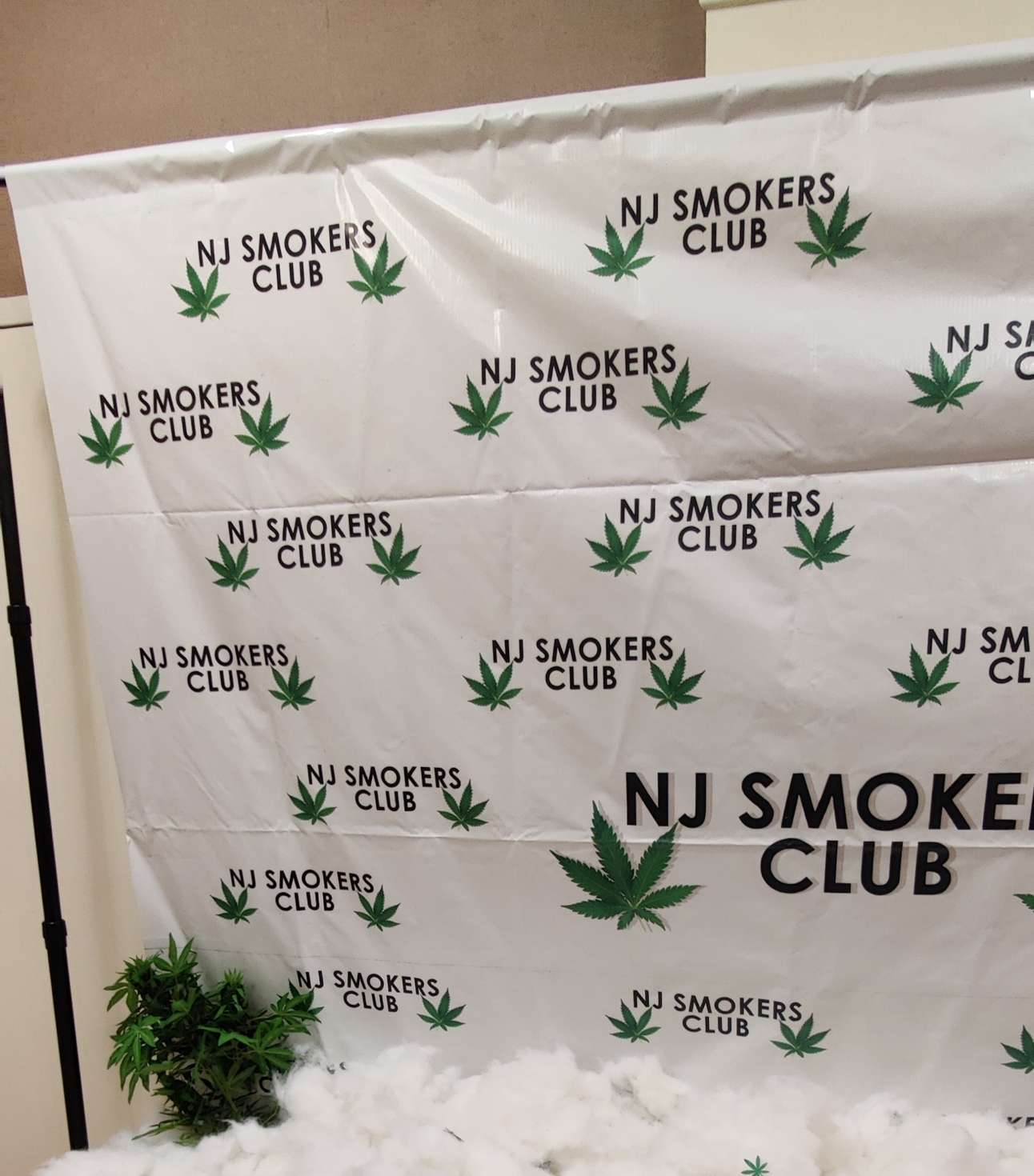 The 420 Canna Fest cannabis market of legacy operators was held at the Hilton Garden Inn in the Raritan Center in Edison this past Saturday.

It was hosted by NJ Smokers Club. They coordinated a very crowded cannabis legacy market of tablers in the hotel’s banquet hall.

Security guards frisked people entering the very warm hall, where other guards carefully watched the crowd and successfully ensured a tranquil market. It was $30 for those 21 and over to enter.

There were a plethora of cannabis products, only some of which are available in New Jersey’s limited adult-use cannabis market.

NJ Smokers Club periodically organizes pop-ups that are a very competitive free market with a great range of products. Vendors sold many infused drinks and teas, cotton candy, infused edibles like granola bars, desserts, and snacks that are not available in the legal New Jersey cannabis market. In addition, there were many good deals and a range of cannabis strains. There were several cannabis parody brands.

They were many products from California and other states. Many creative brands and logos were displayed.

Several enterprising vendors offered potential customers the ability to smell their flower for sale, which is not done in the legal market. High-quality cannabis, like wine, smells better. Some gave out free samples of drinks.

Along with the cannabis vendors, there were a couple of vendors selling paraphernalia, food, and New Age charms and stones.

There were many small business people for whom the cost and red tape of winning a New Jersey adult-use cannabis license likely makes it out of reach. It was a stark contrast from the white male-dominated and moneyed legal market, with many minority and women vendors enjoying robust sales.

More than one legacy operator had little interest in jumping through the hurdles to enter the legal market.

NJ Smokers Club promoter John, a connected operator, said that a Bring Your Own (BYO) event was deemed permissible by those in charge as long as licensed dispensaries were not selling their products.

The cannabis was officially supposed to be hemp-derived Delta 9 THC. John noted the likely limited nature of this loophole since states with large, established adult-use cannabis markets have started passing laws regulating it.

John was concerned about the idea of undercutting from other unlicensed operators. The advent of legalization has made the underground market especially competitive and bold. He noted the low price of an ounce, in general, made the economics difficult of joining the legal market unattractive. He is not the only one who prefers the legacy cannabis market.

“Eventually, there will be a nice legal market across the country, but we have to wait until it is federally legal,” John said.

He noted the transition from federal alcohol Prohibition took time as well.

“The feds are sitting there. They’re laughing at people right now,” John said.

There was a tent outside for smoking with a DJ. However, in the cold and dark of November, few utilized it. It was also not very large.

Rap music was playing in the banquet hall market, and the outdoor tent created a festive atmosphere.

Sativa Cross activists Edward “Lefty” Grimes and Mike Vintzileos, in his Bongholeo costume, performed parody songs in the lobby of the hotel. Unfortunately, there was no room for them to perform in the banquet hall.

They sang a song that was a parody of “I Fought the Law” saying, “Bong fought the law, and the Bong won.” They also sang a song making fun of the Multi-State Operator (MSO) vertically integrated cannabis corporation Curaleaf.

“Curaleaf will sell you something, but you won’t feel nothing,” they sang. “I’m gonna take my weed back to Curaleaf, but I’m gonna cry ’cause my weed is so dry.”

The crowd was very amused.

It was a very peaceful market overall. It was the latest in a series of pop-up markets from NJ Smokers Club that featured “smoke easies.” Usually, an outdoor tent is set up outside the banquet hall, comparable to the BYO 420 Expo, which also took place in the Raritan Center.

The next NJ Smokers Club market is a “Green Friday Sale” this Black Friday at the Italian American Club in Edison.