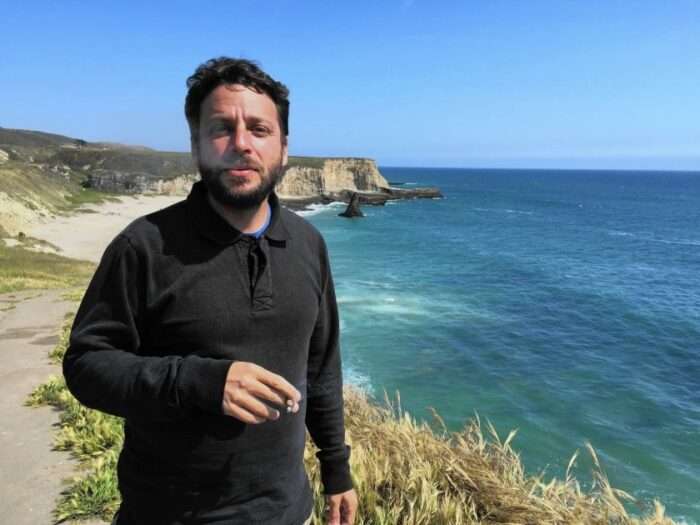 David “Bean” Bienenstock, a premier cannabis journalist and co-host of the weed podcast “Great Moments in Weed History” is from here in New Jersey.

He was born and spent his early years in Rahway, where the famed astronomer Carl Sagan, who also enjoyed good herb, went to high school.

“All my formative weed experiences were in New Jersey,” said Bienenstock. “I have a lot of friends and extended stoner crew still living in New Jersey.”

Bienenstock has become well known as a cannabis journalist, having worked for High Times and Vice. While working for High Times, he combined a passion for cannabis with writing and saw a lot of the terrible damage done to people.

“It was a very unique opportunity to learn and about this issue and meet people in the weed community,” he said.

Afterward, Bienenstock wrote a book and became a columnist at Vice where he created the show “Bong Appetit” which combines cuisine with cannabis consumed by colorful characters. The host of the show was Abdullah Saeed.

“We knew each other before, but just by email. The show was where our very solid weed friendship formed,” he explained. Bienenstock and Saeed subsequently created “Great Moments in Weed History” together.

Weed Podcast Recounts its Wonderous Past

On their weed podcast, Bienenstock usually recounts a specific episode from history that involved cannabis in some fashion to Saeed who reacts and comments on it.

Weed podcast episodes range from featuring well-known pot comedians Cheech & Chong to Alice B. Toklas whose cookbook had the first recipe for pot brownies. Other episodes feature radical dealers that sought to help patients whose exploits are fairly obscure.

“As we move on to this new era of legalization, we don’t want to see history erased. So, we’re seeking to preserve it: the diverse people, times periods, where they lived, artists, writers, smugglers, and everything in between. So that you can experience that by listening to the show,” he said.

The weed podcast is in its third season now. Bienenstock recommended their episode on jazz as a good one for first-time listeners.

“It was such an interesting period of American history. Ken Burns did a 10-part documentary on jazz and didn’t mention cannabis once,” Bienenstock said. He explained that doing so suppressed a fundamental part of jazz music, which dominated American culture for decades.

“Jam sessions started, and musicians were getting together smoking weed, those were always integrated. It’s an important part of history people should know about,” Bienenstock added.

This points to the fact that despite authorities seeking to suppress cannabis its culture has always flourished.

“The story has to have a great moment, and due to the nature of cannabis and laws, it has a lot of ups and downs, but we always want to tell a great movement,” Bienenstock said.

It can be called the weed podcast because not only do they delve into its history and celebrate those who popularized it, they also admit they’re getting high while doing so and encourage listeners to do the same.

Like most cannabis advocates, Bienenstock is eager for legalization. But like many, he is concerned about the nuances.

He said we need a “legalization law that is fair and equitable for everybody, remediates the harms done in the past by the war on marijuana, creates good jobs for people, and ownership opportunities for people who were disenfranchised or went to prison due to these very unjust laws.”

Because the devil is always in the details.

He is concerned that it “happens in the right way so it doesn’t become a big corporate takeover of small business, moms and pops, and people who have been a part of this culture and movement who shouldn’t have everything taken away from them, and given to corporate interests that don’t have any goal beyond profits,” Bienenstock said. “They don’t care about this community, the patients who need it medically, and they didn’t do anything to change the laws, but want to come in and push everyone else out.”

Even as we wait to pass the cannabis ballot referendum on Election Day November 3rd, Bienenstock said action can still be taken to ensure that an equitable law is created.

“We’re all waiting for it, but we can push for it. It’s never a bad time to contact your elected representatives and says it’s an important issue,” he said.