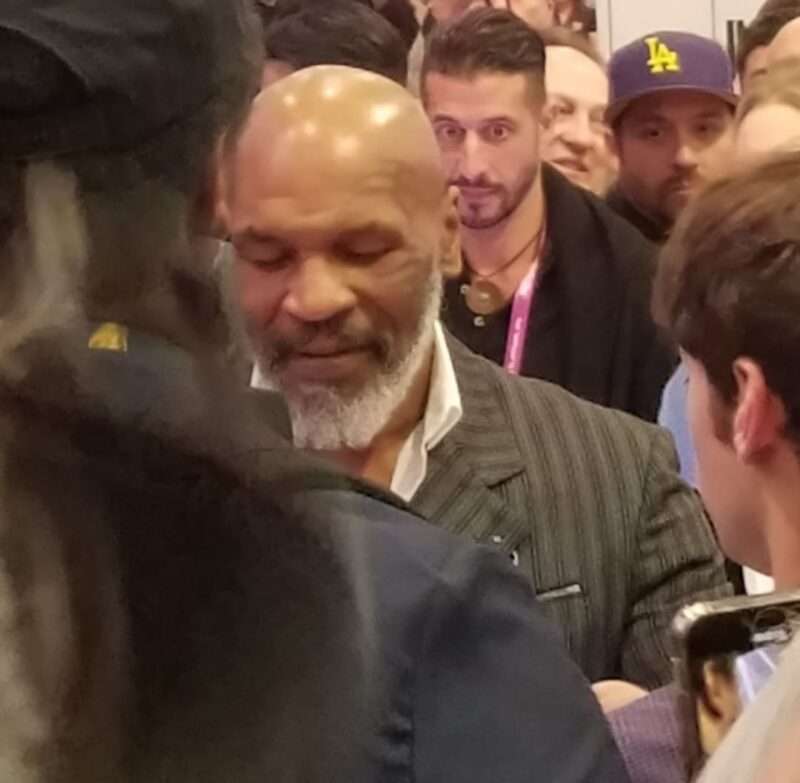 (Our latest from MJ Biz Con!)

For those who have been dreaming of cannabis being legal and treated like any other commodity, this is a great thing to see.

The former CEO of Netflix, Marc Randolph was the Keynote speaker. Randolph was in charge before they inspired the Streaming Wars, He says he only likes the start-up part of a company and thus was not interested in managing a company when they went to streaming.

At one point, Netflix and Blockbuster apparently had a potential deal to do business together. When it failed, he was quite unhappy.

“Now we have to kick their ass,” Randolph said after the failed meeting. He was pretty proud that Blockbuster has fallen apart, saying that Netflix took down a $6 billion leader.

Randolph subsequently gave the budding entrepreneurs in the audience tidbits learned from his experience in business.

“Constantly disrupt yourself or someone will do it for you,” Randolph offered as advice. He said great entrepreneurs were not always A students or B students. Rather, they need to have a great tolerance for risk. He said a simple twist makes an idea genius and cited the post-it note. But you must be able to hear a certain amount of detractors criticize the idea.

“That is the stupidest thing I’ve ever heard,” his wife said when he initially pitched her on the idea. The important part is to believe in your idea and persist in the odds against it. Because who could have seen something the Blair Witch Project being big? Later said he was investing in a cannabis company and called it “damn fun to watch”.

The infamous boxer and “The Hangover” star Mike Tyson has launched a company called the Tyson Ranch and was promoting a rolling paper brand called Futurola that was exhibiting there. Futurola was giving out samples of cones that are easy to use to load a little cannabis in and start smoking. Futurola’s booth was quite wide with a white platform and a massive TV screen that kept displaying an ad with him with the papers. A large crowd gathered when they heard he was going to be there. Staffers were trying to keep the aisles of the floor clear when he arrived with his entourage.

I had previously heard that Mike Tyson was around trying to get in the press room at one point and arrangements had to be made.

With a white beard, he seemed a bit older and wiser than one might expect. He certainly did not seem like the guy who became infamous by biting a guy’s ear off. Nor was he the cartoon character you expect of a guy with a big tattoo on his face. Tyson also did not seem that tall, though he did look like he was still in shape. There was such hype and pressing crowd around him that it was overwhelming.

He’s not the only celebrity to get in on cannabis. Most have connections to cannabis before like Tommy Chong or Kevin Smith though. But as the industry becomes more mainstream, expect to see more celebrity endorsements.

Tyson’s company was just one of many that were exhibiting their wares in a wide range of booths on the floor. There were almost too many to see them all. Many of the booths had great swag including had candy, pens, pads, branded rolling papers, lighters, hand sanitizers, and stress balls, among other things. One company demonstrated its ability to keep things cold was distributing beer and hard cider! They were more interested in the B2B market it seemed.

If one were to spend time at each one, you likely would not be able to get through the show. The convention focused more on the hall than the speakers. Not that there weren’t good speakers. But it took up both the North and Central Halls of the Las Vegas Convention Center.

Many machines were being displayed that cut the flowers and would thus get rid of the “trimmigrants”, people who go to Northern California to find work cutting up harvested flowers in the fall. It still needs engineers and laborers the vendor said, adding that trimming is such a tedious job to do.

There was a weed bottling machine fascinating to watch in terms of the industry displayed. If you like shows where they show how products are made, you would have enjoyed the expo floor.