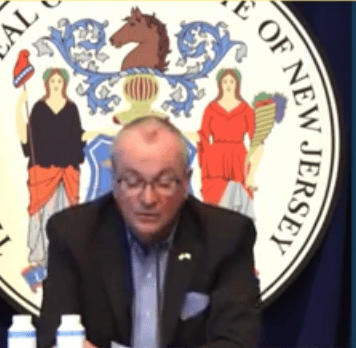 Hearings have been scheduled for tomorrow in the Senate Judiciary and Assembly Appropriations Committee and Murphy’s “clean-up” bill Snafu.

(In World War II, Sanfu stood for Situational Normal, All Fucked Up.)

The clean-up bill was apparently necessary after he refused to sign the enabling and decriminalization bills passed by the legislature on December 17th.

Numbered S. 3320 it updates and clarifies recent legislation passed by both Houses of the Legislature addressing cannabis legalization, and marijuana and hashish decriminalization. It has been sponsored by cannabis leaders Senators Nick Scutari (D-Union) and Teresa Ruiz (D-Essex.)

The Assembly bill is numbered A. 5211 and has been sponsored by Assembly members Annette Quijano (D-Union) and Benji Wimberly (D-Passaic).

For a mere “clean-up” bill, it’s 49 pages. It does contain a section that says expungements and charges all need to be addressed and dropped by the first day after the fifth month after the bill passed. So that would likely be April 1st.

Nonetheless, people are still operating under the assumption that the bare referendum that passed and was supposed to go into effect on January 1st, 2021, has indeed become state law.

Cautious cannabis enthusiasts would be on the safe size to not ask cops and judges if it’s legal yet.

Murphy is set to deliver his State of the State Address Tuesday, January 12th. That gives him a very narrow path to be able to claim victory in the address, much less claim a legitimate victory.

Meanwhile, the Paramus Borough Council unanimously banned dispensaries from seeking to establish themselves within their city limits. Bergen County, which contains Paramus, has some old blue laws like stores unable being unable to open on a Sunday.

Other towns in Bergen County will likely enjoy a dispensary or related cannabis business. Fort Lee and Hackensack, being larger towns, might support cannabis companies being based there. Bergen has many small towns in one county, like tiny Teterboro, which contains an appropriately tiny airport. Other towns in Bergen close to the Hudson River and George Washington Bridge boast celebrity residents like Chris Rock.