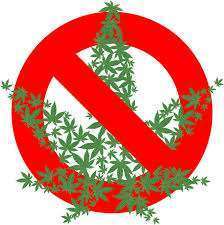 Smart Approaches to Marijuana (SAM) has been successfully leading the anti-marijuana charge on behalf of their wealthy backers across the country and in New Jersey.

Thus far they have stalled cannabis legalization in New Jersey. And they will likely pull every trick in the book to defeat the ballot referendum on November 3rd if they are not stopped.

The way they criticize any hint of “Big Marijuana” makes their rhetoric akin to that of Bernie Sanders’ Socialist followers.

Ironically, their coffers are overflowing with money from corporate interests.

SAM did not respond to requests for an interview.

In New Jersey, SAM’s local chapter is called NJ Responsible Approaches to Marijuana Policy (NJ RAMP). Its leader was Stephen Reid, the Mayor of Pt. Pleasant, NJ. He functioned as their chief lobbyist but has since left. (You’d think the mayor of a beach town would want a way to entice people to visit in the winter. Atlantic City does.)

They think that it would cause more accidents and the need for more police. SAM and NJ RAMP might find a statistic to support their conclusions. However, better evidence has come out that cannabis has not dramatically increased the teenage use of cannabis. That won’t stop their anti-marijuana efforts.

SAM and NJ RAMP point to any little evidence that could perhaps point to cannabis being bad for you. Despite the fact that most of the strains (or cultivars) being sold at medical marijuana (or clinical cannabis) dispensaries are largely the same as those being on the underground market.

Because of prohibition, it has been exceedingly hard for scientists to legitimately study cannabis.

Rehab for those caught with cannabis and those with opioid issues has become a big business as the opioid crisis has become a serious issue in recent years.

The rehabilitation center industry will likely take a great financial hit when the nearly countless people arrested for cannabis possession are not forced to go to rehab nor take prescription pills. So, they are funding SAM and NJ RAMP. Thus, behind all the anti-marijuana rhetoric, lies financial self-interest.

One example is that SAM and NJ RAMP are backed by the Prevention Coalition of Mercer County which is supported by the out-patient rehab center Summit Behavioral Health.

They also have a lot of ministers from Newark which would explain in part the strict anti-marijuana attitude of Senator Ron Rice (D-Essex) who has consistently decried passage of cannabis with arguments similar to SAM and NJ RAMP.

New Jersey is one of seven states where they have anti-marijuana campaigns. Most of them have been unsuccessful, considering the defeats of anti-marijuana forces in Colorado, Michigan, Illinois, and Vermont.

Defeating Reform with a Shady Ally

SAM and Big Pharma funded the opposition to the Arizona legalization ballot campaign in 2016 which caused it to fail.

They worked with Insys which makes Fentanyl which has killed people. Insys donated $500,000 to the anti-marijuana campaign. It was later revealed they wanted to sell a drug derived from cannabis themselves. However, they declared bankruptcy last year. They lost a $225 million lawsuit that accused them of bribing doctors to prescribe fentanyl and its derivative Subsys as a pain killer. Doctors were persuaded to prescribe to cancer and AIDS patients who would have benefited far more from medical marijuana. The founder of the company was convicted in a sperate racketeering case.

Fentanyl is said to be 100 times stronger than morphine, which is quite strong in the first place. Thus, they fueled the opioid crisis.

Sabet has sought to distance SAM from Insys with varying degrees of success.