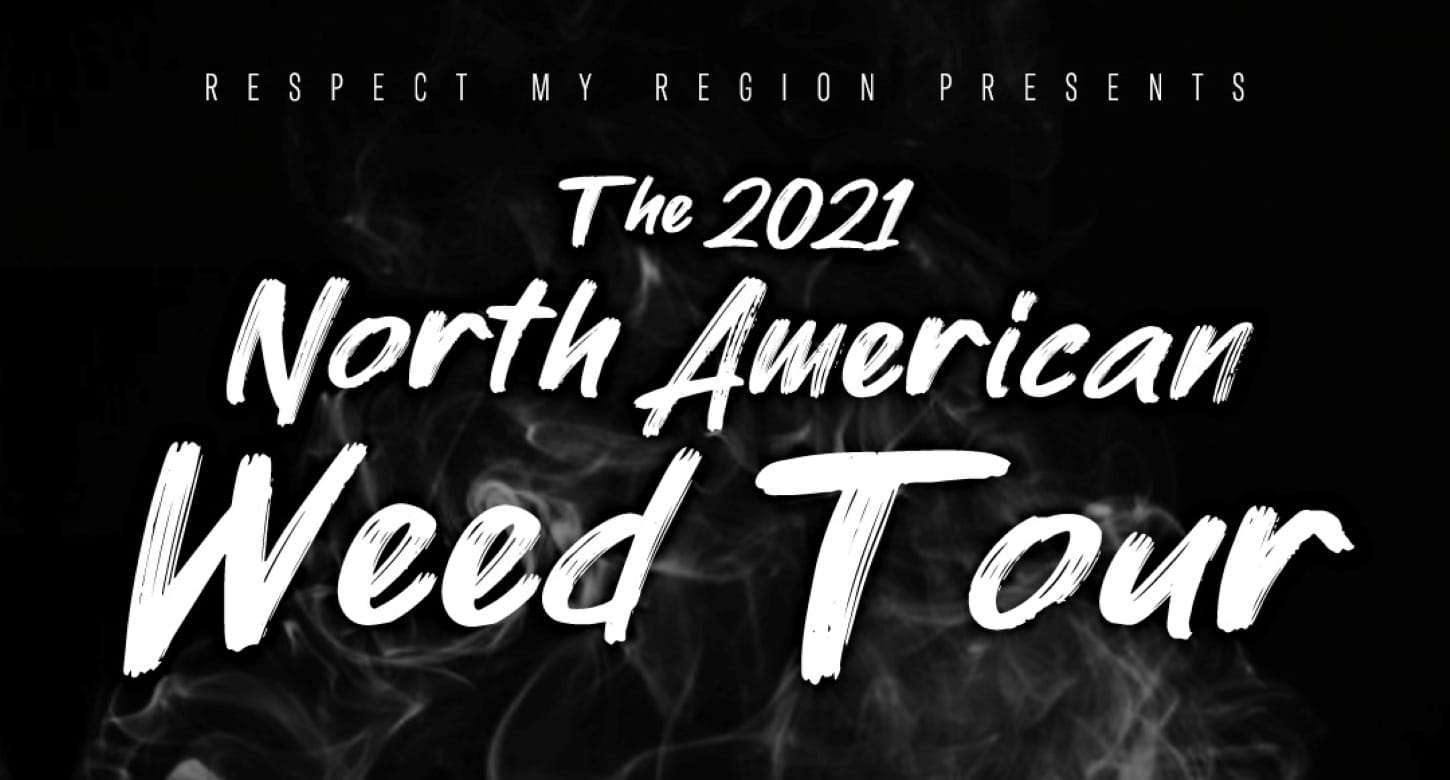 From August 1st to December 15th, 2021, the North American Weed Tour will give its audience a behind-the-scenes view of the legal state cannabis industries across the United States and Canada.

RMR will host 80 plus podcast episodes and Instagram Live Streams to showcase products, retailers, farms, labs, kitchens, ancillary services, and technology that have been successful or valuable to the industry.

“Following the enthusiastic support of the West Coast Weed Tour over the last three years, we want consumers to discover products and brands that are safe, premium in nature, and also affordable if possible,” said Respect My Region Co-owner Joseph Brabo.

RMR and its partners aim to provide a real-time day-to-day view of weed culture and the cannabis industry across North America.

The first episode of the Weed Tour featured cannabis advocate consultant Brett Puffenbarger. He is a native Virginian who recently moved back in the wake of their legalization from Florida.

Puffenbarger has enjoyed the change of Virginia from conservative Confederate bastion to full Blue State with a Democratic Governor, Lt. Governor, State Senate, House of Delegates (Assembly) Attorney General, and two U.S. Senators. Their legalization was a consequence of that.

They began as a clothing line back at Central Washington University and have grown into a full-blown lifestyle and music platform that supports local artists, brands, and creatives who believe in the value of community and culture. In 2011, Respect My Region dedicated itself to elevating urban culture from across the Pacific Northwest. They expanded outside of the Pacific Northwest in 2018 and now infuse and showcase music and cannabis culture worldwide.