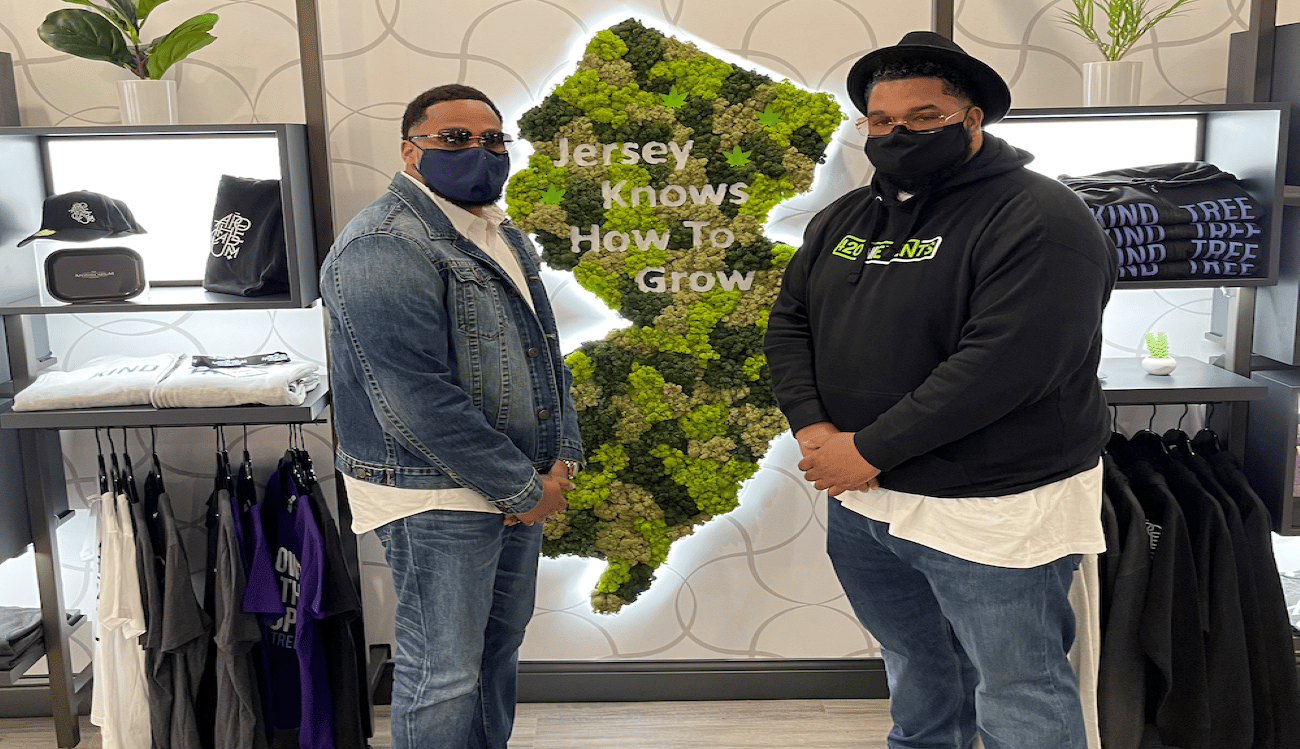 “We’re really able to tackle these things together,” Okoro said.

Robinson and Okoro grew up together in Chesilhurst in Camden County. While they went to different high schools, they remained close friends.

Robinson has a background in business and retail management, business banking, marketing director. Robinson managed 70 bank branches and was responsible for a portfolio of $750 million.

Okoro has a background in logistics working for Security Alliance Management as the Director of Operations. He is a longtime consumer of cannabis and has always advocated for the plant, citing its medicinal and social aspects.

“I love the opportunities it brings,” Okoro said. “I knew I wanted to be in cannabis in some fashion.”

Initially, their goal was to get a dispensary license. But when they saw the difficulties involved, they pivoted and created the cannabis enterprise MCA to help minorities enter the cannabis industry.

They started 420NJEvents in 2017. Okoro wanted to create a platform geared toward events and blogs geared toward minorities. However, they put it on the backburner. After the legalization referendum passed last fall, they began building their business.

“We’re very strong advocates for minorities entering this space in any kind of fashion,” Okoro said.

They both saw individuals spending money and courses they did not think were effective, or they were overpriced.

Thus, MCA was created to educate black and brown individuals on the nuances of working at a dispensary and how to launch cannabis enterprises.

“This is hard for anybody, let alone Black and Brown folks,” Okoro said, noting the many economic and social barriers they often have to face.

“We know a good amount about this stuff, but we’re not going to be the experts,” Robinson said.

To start a cannabis company and comply with the many regulations requires significant capital, which is a barrier to most people seeking a license.  However, Robinson is familiar with complying with many regulations from his experience in the banking industry.

“Cannabis is so regulated, and that oftentimes gets in the way of people,” Robinson said.

Many experts note that expertise in other highly regulated industries will come in handy in the cannabis industry. However, predatory lending, whereby somebody has to pay high-interest payments and similar deals, is also a problem.

“Folks don’t know or have the resources,” Robinson said.

420NJEvents is their digital media platform dedicating to hosting cannabis events and a podcast. Their immediate goals include hosting virtual events and post-COVID events.

“Education is one of the hugest things we want to provide to our subscribers,” Okoro said.

“We want to hit the reset button. Outside is just starting to open up,” Okoro said.

Okoro said an expungement drive to erase cannabis-crime-related records will be their first in-person event. They are currently working on partnerships to host it this summer. They would also like to host meet and greet sessions and virtual game nights.

“They want to do in-person events, however, “COVID stymied us,” Okoro said.

Robinson said it’s a once-in-a-lifetime opportunity at the end of prohibition.

They are still contemplating securing a license in the future.