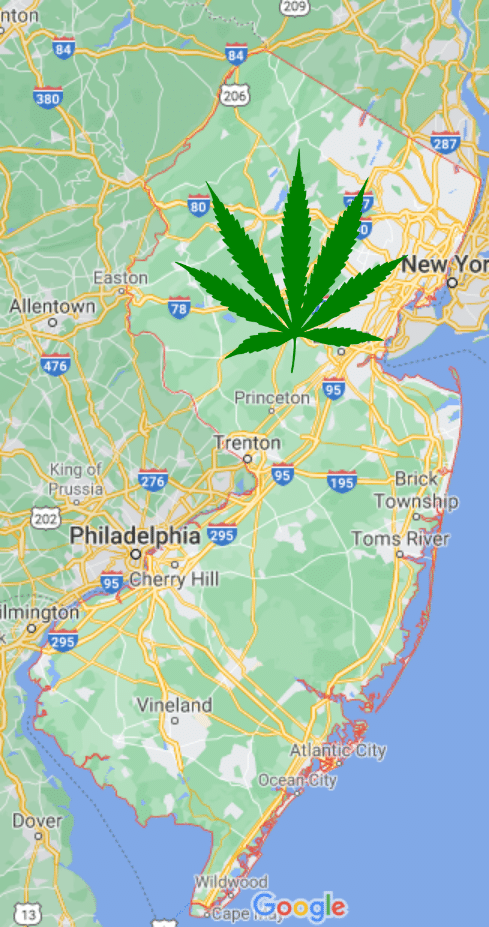 Roselle is moving ahead with cannabis dispensary plans while Bayonne waits for final adult-use approval from Trenton. Orange, South Orange, and Flemington are planning ahead.

Roselle Mayor Joseph Signorello III said a specific developer is interested but did not disclose which one.

Roselle’s Land Use Board must review the ordinance in February before it can be passed in a second reading at the council meeting in March.

Roselle is in New Jersey’s 20th Legislative District, meaning it is represented by Assembly Cannabis sponsors Annette Quijano (D-Union) and Jamel Holley (D-Union). Thus, it makes sense that they support a cannanbis dispensary within their city limits.

Orange Mayor Dwayne Warren was recently made the Chair of the NJ Urban Mayor Association (NJUMA) Cannabis Committee and Northern NJ Vice President. The committee will examine the impact of the cannabis industry on urban areas.

“The passage of S. 21 compels municipalities to either object to cannabis business in their community or create a local standard of operation for cultivation facilities or dispensaries,” Warren said.

He explained that the NJUMA plans to host a cannabis summit soon.

“We’ll have people come in and understand what the new legislation is all about and how the community will be affected,” Warren said regarding the summit. “We will have a session regarding model ordinances on a variety of issues from public safety to zoning and compliance. Then we will hear from some of the business people on their concerns.

“Finally, we will receive input from governmental leaders as to how municipalities and local businesses will be able to benefit from the economic boom that the cannabis industry is going to spawn. The ultimate aim is to create an environment that is desirable for the residents in the municipalities,” he added.

Warren has been supportive of legalization along with NJUMA President Newark Mayor Ras Baraka. NJUMA is composed of mayors from 35 cities.

Last week Bayonne postponed passing an ordinance to regulate adult-use cannabis businesses within their town. They reasoned that it made sense to wait for the state to work out the details first.

“I don’t know why this is being stalled,” said Councilman Gary La Pelusa Sr. “I don’t want to vote on something when it’s not a complete law yet.”

It has stalled because while Governor Phil Murphy made a deal with the Statehouse to move the cannabis bill when there was an impasse, he now objects to the legislation passed December 17th. Murphy wants a penalty imposed on those under 21 caught with cannabis while legislators object. There has been no significant progress on cannabis legalization since January 8th, when a compromise bill fell apart.

“We’re waiting,” said Council President Sharon Nadrowski. “We don’t want to regulate something that hasn’t been signed into law yet.”

In the public comment period, UFCW Local 152 Organizer Hugh Giordano spoke in favor of Bayonne allowing a cannabis dispensary and the need for a union to protect their workers.

Cannabis activists Edward “Lefty” Grimes and Jeff King seemed to have been prepared to speak in favor of a cannabis dispensary before the ordinance was pulled.

A Cannabis Dispensary Coming to South Orange and Flemington

It’s not surprising that both mayors were receptive since both towns fit into the profile established by Montclair, whereby progressive, urban places are receptive to a cannabis dispensary.

While South Orange is near Montclair and other towns that would likely want a cannabis dispensary, Flemington is not. In fact, it might be one of the few towns in Hunterdon County receptive to a cannabis dispensary, aside from Lambertville, most likely. Both would make it easier for patients in the area to obtain their medicine.

The Mayor of Point of Pleasant was also on the panel and said he was not open to it. His predecessor was a leading prohibitionist so that is also not suprsing.