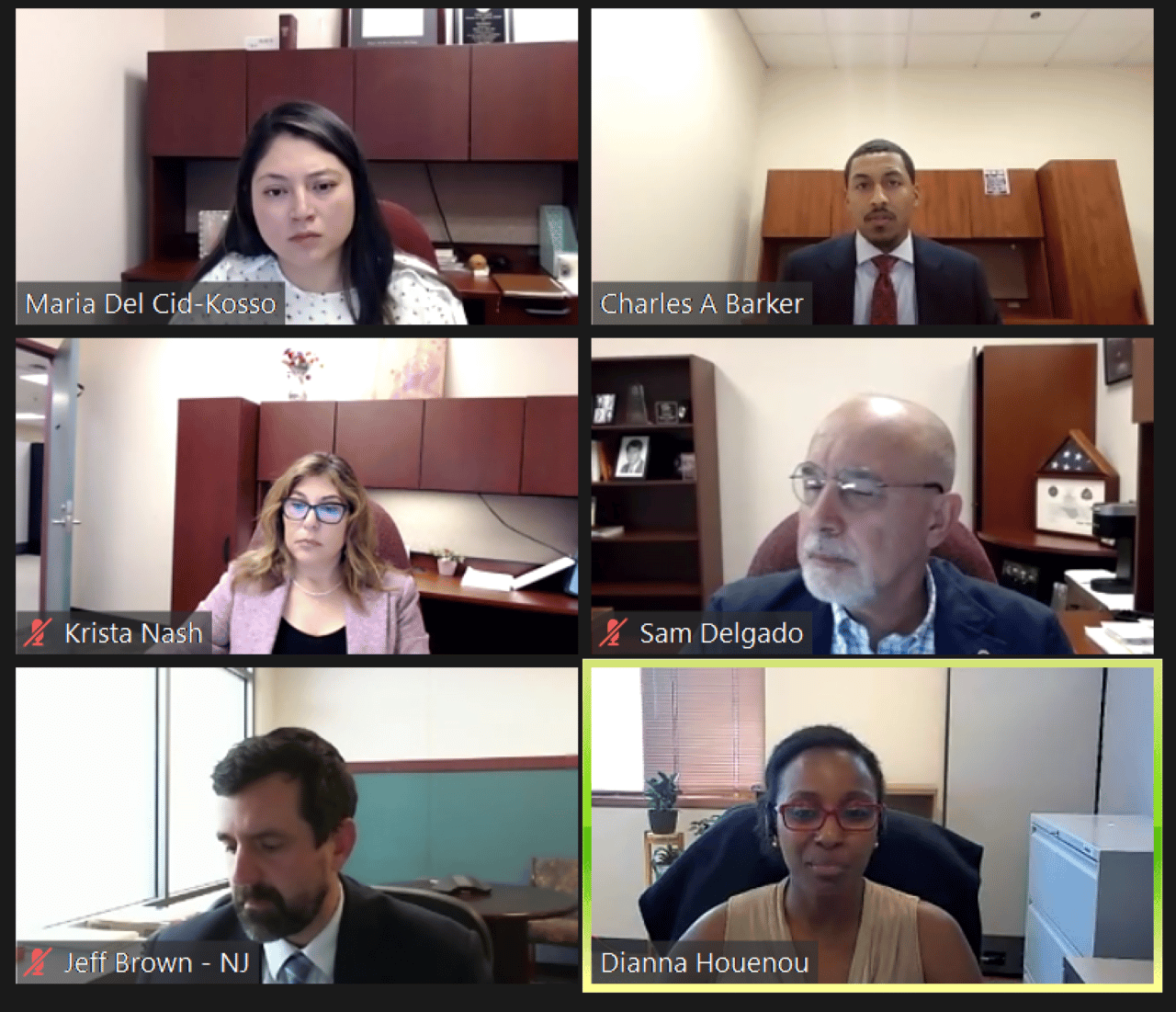 The fourth meeting of the NJ Cannabis Regulatory Commission (CRC) focused on the issues towns are having along with edibles.

“The Commissioners have been taking great strides to meet with individuals from different categories to hear their thoughts and concerns,” Houenou said.

She called it “truly inspiring” meetings and heartening” to set up responsible industry.

CRC Executive Director Brown, who previously led the medical cannabis program in the Department of Health (DOH), said there are about 111,000 medical patients, 4,000 caregivers, and 1,300 prescribing doctors.

Regarding town considerations, “I know a lot of municipalities are anxious to see what are in those,” Brown said.

Brown explained that applicants need a mayor’s letter or a zoning ordinance to submit to the CRC as part of their license application. He noted that it would be an issue that ATCs are not likely to be within a school’s “Drug-free school zone.” Churches might also have similar requirements that will limit the real estate available for applicants to secure.

“That’s an issue from which we’ll be completely deferential to municipalities on,” Brown said. He noted towns that allow cannabis can impose a two percent tax.

“The League has not taken a position on legalized cannabis,” League of Municipalities President Clinton Twp Mayor Janice Kovach said. “Opting out is not necessarily saying no.”

While they have not taken a position, the League is advising towns to opt-out.

“It’s challenging to properly plan without knowing all the parameters,” she said.

Kovach noted the 180 days is too short for towns to adopt laws without guidance from the CRC. She also said towns should be able to revoke a cannabis license from a holder to ensure they adhere to regulations. Finally, Kovach added the 2019 lawsuit of 24 licenses should be resolved.

“The commission is working diligently and quickly as it can to finish the scoring,” Houenou said regarding the 2019 license round.

“We all know this is coming from the fear of the unknown,” said Tiyahnn Bryant, the CEO of Roll up Life and the Vice-Chair of New Jersey’s Minorities 4 Medical Marijuana (M4MM).

Bryant said towns should respect their residents’ referendum vote and allow businesses like manufacturing and cultivation, which will not generate a great deal of traffic.

“When it comes it cannabis if you’re not connected… it’s extremely hard to get on the schedule of lawmakers,” Bryant said. “We need small businesses to balance our fragile supply chain.”

He noted some sickly patients cannot inhale, and some need a more discrete method. Wolski said the problem with edibles is that some people take too much too quickly, which could lead to sedation and induces anxiety while no one has died from cannabis.

Wolski said CRC should properly regulate the edible process, and they endorse labeling suggestions. He said dosages should be noted on edibles’ labels, which is how infused chocolate bars are sold in California.

“No one of us were granted any favors with this timeline,” said Chuck Latini, President of the American Planning Association’s NJ chapter.

If towns don’t pass an ordinance to regulate or ban cannabis before August 21st, they cannot regulate businesses that are automatically allowed to be established there otherwise.

“It’s hard to blame them,” he said regarding the ban.

“We really do need to carve out provisions to address Atlantic City’s potential,” said Zach Katzen of the Atlantic City Mayor’s Cannabis Committee.

“Atlantic City and New Jersey could be home for cannabis conferences on the East Coast for the next ten years,” he added.

Katzen said they could help the NJ Cannabis Regulatory Commission could help with equity by disconnecting consumption lounges from the dispensary that would sell products.

Steven Pardalis of Bloomingdale, NJ, in Passaic County said they’re open to a dispensary in stark contrast to most of their neighbors. However, they’re considering prohibiting “just to be safe” because August 21st is not enough time for them to craft a proper ordinance. He sought guidance.

“To ban cannabis businesses outright, these decisions are generally based on a lack of understanding,” prominent lawyer Charles Gormally said. He noted most politicians and officials against cannabis are ignorant of the nuances of a cannabis dispensary. Gormally said it would help towns with money issues, and polluted pieces of land like brownfields would be good.

“The marketplace should determine product availability,” he said.

“We should allow as many licenses as possible,” said Roland Pott, Chair of Trenton Downtown Association.

Eric Jiang of Scarlet Reserve lamented that the regulations for microbusiness applicants are very difficult since there are strict residency requirements for the employees, making it difficult for those from smaller towns.

Brown noted they cannot change the laws which imposed the restrictions.

Joe Johnson of the ACLU said towns that opt-in to NJ cannabis should incentivize small, local businesses. He added they are seeking to create a model ordinance for towns to use. Delgado suggested they send it to the League of Municipalities, which could then distribute it.