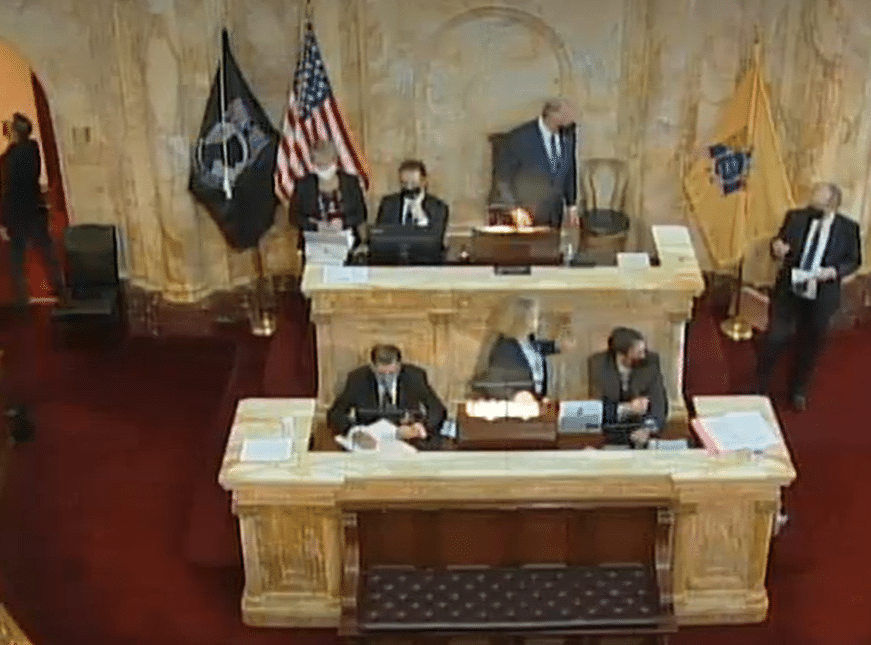 Adult-use cannabis legalization establishing the adult-use market and decriminalization passed both chambers of the NJ Legislature.

Decriminalization passed with broader bipartisan support in the Assembly 64-12 with three abstentions and no debate. It passed the Senate 31-2 with 6 absentations.

“We listened to the advocates, faith leaders, and experts,” Quijano said.

Thus, measures were added to include micro-businesses, a Cannabis Regulatory Commission (CRC) member from a national justice organization, and the Office of Minority, Disabled Veterans, and Women Cannabis Business Development to help them access the market. The legalization bill also includes impact zones for residents negatively affected by the War on Drugs.

By legalizing cannabis, they are reducing millions of enforcing cannabis prohibition, Quijano argued. She said it would be valued by “thousands of black and brown residents who can remove scarlet letter” of a cannabis crime.

During the debate in the Assembly, there were some dissenting remarks against legalization.

“My major concern is with the workplace safety issues creating in this bill,” Assemblyman Brian Bergen (R-Morris.)

He highly valued a drug-free workplace. Bergen cited nuclear plant workers and bus drivers as those who should never be high at work.

“Given the potential for significant harm to the public, should we err on the side of safety?” he asked.

Bergen also expressed “concern for employer rights” since employers cannot tell when someone is high unless there is a physical examination by Drug Recognition Experts (DREs).

Voting took longer due to remote standards than in person when legislators press a button at their desks in the chamber to vote.

The chambers convened simultaneously, but the Assembly passed the cannabis legalization and decriminalization bills first.

“I don’t know how many years I dreamed of giving this speech. I never thought I’d do it by telephone,” Scutari said as he began the debate in the Senate before the vote. “I feel nothing will have a greater impact on all of New Jerseyans that I do.”

“No one’s ever died of it,” he said regarding cannabis, adding cannabis has been around for thousands of years.

“New Jersey’s model of state regulation will be a model that other states in the nation follow,” Scutari said.

“Every single time we had a hearing, we had dozens of suggestions,” he said. “We took a good bill and made it greater,” he said regarding the amendments.

Senator Ron Rice (D-Essex) said Scutari never intended to address social justice people but rather wanted to do it for “Wall Street people.”

Rice claims there is no social justice in the bill when numerous social justice provisions have been added at the urging of advocates since it was introduced by November.

Rice has never supported adult-use cannabis legalization and announced he wouldn’t vote for the bill.

“I don’t think members understand the constitutional crisis if we don’t pass this,” Scutari said, adding that as a lawyer, he would take the case if someone gets arrested on January 1st in the worst-case scenario.

“For all these years, I’ve been fighting for social justice. Where have you been?!”  he said to Rice.

Scutari then began yelling at Rice, and Sweeney sought to restrain him.

“You should be ashamed of yourself. You haven’t done anything for your community,” Scutari exclaimed.

“Impact zones are describing my community, the city of Newark, compounded by War on Drugs,” She said. “And to equate it to a “money pit” is irresponsible.”

Ruiz described an impact zone as a community that doesn’t have access to public health, seen COVID-19 as a severe threat, and unemployment that has risen to double digits.

“The weakest point of this legislation is social justice. Although the Black Caucus fought valiantly, those things were never in the original legislation,” Senator Nia Gill (D-Essex) said. She added Scutari should not take a bow before being silenced by Sweeney for disparaging him.

Gill believed there would be many lawsuits due to many different consequences.

“It’s significantly different than voters voted on,” he said due to the taxes.

He also brought up that employers are worried their workers might be high at work.

Senator Michael Testa (R-Cape May) said unions are concerned along with businesses.

“This is a sad day,” said State Senator Robert Singer (R-Ocean). He claimed cannabis was a gateway drug. He also made it seem bad that people will buy cannabis and then go to the Jersey Shore.

Singer claimed to be for decriminalization and not legalization.

“For two years, we have hurt people due to money,” Singer said.

Sarlo reiterated his belief that employer safeguards need to be put in place.

Scutari said there are indeed employer safeguards in the bill.

The bill on magic mushroom lowering charges also passed the State Senate 22-15 with bipartisan support and opposition. There was criticism on the rushed nature of its passage amid the cannabis legalization debate.

Now the bills must be signed by Governor Phil Murphy to take effect.