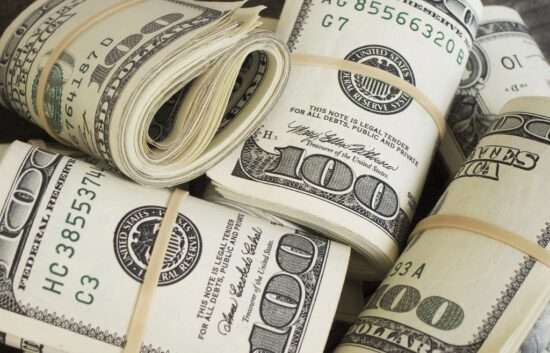 Governor Phil Murphy said on the radio that cannabis should be legalized so the sales tax revenue can fill the large hole in the NJ state budget.

Murphy was being interviewed on the radio when he said, “Listen, as you probably know, I’ve been on that from day one,” said regarding the effectiveness of cannabis to bring in revenue for the NJ state budget.

A 2016 report from the think tank New Jersey Policy Perspective said cannabis could bring in $306 million in tax revenue to the state. That report assumed an ounce of cannabis would cost $350 an ounce. That is an outrageous price for street cannabis but quite common in New Jersey’s clinical cannabis dispensaries.

Tax money can only come in once cannabis is implemented, and sales are made. It is a good incentive to encourage the government to speed up the process. According to the Jake Honig Act, which passed last year, the Cannabis Regulatory Commission (CRC) is supposed to set the regulations for the market.

However, only one Commissioner has been appointed, and a lawsuit has stalled the process. The suit was supposed to be heard by a judge in March, but a coronavirus also delayed that. The trial for the suit is supposed to take place in the fall now. The New Jersey Department of Health thus has not moved much on the medical marijuana program. Assistant Commissioner Jeff Brown declined to take questions regarding the license rounds due to the lawsuits for both the 2018 and 2019 applications. Most of the companies awarded licenses in 2018 have opened their doors. A few had planned to do so already but were delayed due to coronavirus as well.

Murphy ran for Governor promising to legalize cannabis and has not been able to do push it through the legislature. Thus, a referendum will be on the November 3rd ballot with Joe Biden, Cory Booker, and Members of the House of Representatives.

Coronavirus has blown a massive hole in the NJ state budget due to the recession it caused. New Jersey has a balanced budget amendment to the state constitution, which makes it legally impossible to run a deficit. Despite being Democratically controlled, the state legislature during Murphy’s administration has refused to back an increased tax on millionaires. The South Jersey Democrats controlled by George E. Norcross III and Senate President Steve Sweeney (D-Gloucester) have been especially adamant against it. A massive rally was held last year at the Statehouse when the legislature was in session to urge them to tax millionaires. But they refused.

Murphy wants to borrow $9.9 billion to cover the deficit in next year’s NJ state budget, which outraged Republicans. The legislature approved the borrowing bill yesterday, and Murphy has already signed it into law. Republicans proposed suing Murphy over the measure, claiming it to be unconstitutional.

Murphy and others were hoping Congress would pass another federal stimulus bill that would include state aid to assist with the whole in the NJ state budget. However, Republicans are reluctant to pass such a bill. The House Democrats are using the opportunity to push the SAFE Act. It had been stalled in the Senate since its passage in the House by a bipartisan majority last fall.