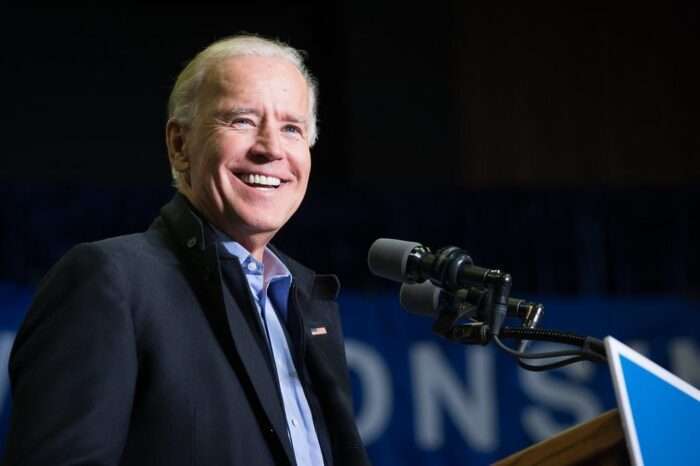 Biden said in the last stretch of the campaign that he is remorseful about the War on Drugs and its terrible impact on minority communities.

He said after being prodded on the radio show “The Morning Culture” by Big Tigger, which broadcasts on V103 out of Atlanta.

Biden said that the fact that crack is a Schedule I drug with much harsher penalties than cocaine, which is a Schedule II drug, is racist and something he has sought to address.

He said no one should go to jail for drug use.

“They should be going to rehabilitation,” Joe Biden said.

He noted he partnered with the Congressional Black Caucus to address the issue along with prison reentry programs.

“Unlike Trump, when I make a mistake, I admit it,” Biden said. “I think average people are realizing ‘Whoa, this hasn’t been right the way we’ve been doing it.”

Arizona is being called for Biden in that scenario. Some news outlets are reporting that it’s still up in the air.

In 2016, Trump won the swing states of Wisconsin, Michigan, and Pennsylvania which while electing Republican state officials, had been won by a Republican candidate for President from 1992 to 2012.

Whatever results that have come in thus far and come in the next day there will inevitably calls to recount or stop the count if someone’s candidate is winning.

Joe Biden and the War on Drugs

When crime was high after years of increasing, the 1994 crime bill was passed by Congress and signed into law. After 26 years, many believe that law was responsible for the exponential increase of minority arrests for petty crimes like cannabis possession. While Joe Biden was a Democratic Senator from Delaware and Chair of the Judiciary Committee, he was the prime sponsor of the crime bill.

Combined with his disinclination to endorse cannabis legalization, this caused many proponents to be lukewarm towards his candidacy. Every other Democratic President in the primary had a better position on cannabis reform than Biden.

Vice Presidential running mate and Senator Kamala Harris (D-CA) while running on “tough on crime” while San Francisco District Attorney has since become a champion of cannabis reform by sponsoring the MORE Act, which would enact comprehensive criminal justice reform. Many hope she can lobby Biden on the need to reform cannabis laws more than he is inclined so already. The fact that legalizing cannabis can create new jobs and tax revenue makes it increasingly attractive to those on the fence about it.

While Joe Biden has maintained a fairly consistent position, in contrast, Trump has waffled on the issue. He initially appointed as Attorney General Jeff Sessions, who rescinded the Cole Memo that protected state-legal adult-use and medical cannabis markets. Since then, Trump has generally supported the status quo of legal state markets while cannabis remains federally illegal. He has called attention to Biden’s poor record on the issue.

Many advocates think a Biden Presidency would be more favorable to cannabis as it continues to gain popularity. Biden does at least believe in decriminalization. While Obama readily admitted he smoked in his youth, he did not rush to legalize it. Rather in his first in office, Deputy Attorney General David Ogden issued what’s known as the Ogden memo, which protected the medical marijuana markets, and later issued the Cole Memo to protect the legal adult-use markets of Colorado and Washington. Even then, Obama’s Press Secretary refused to condone medical cannabis’ expansion.