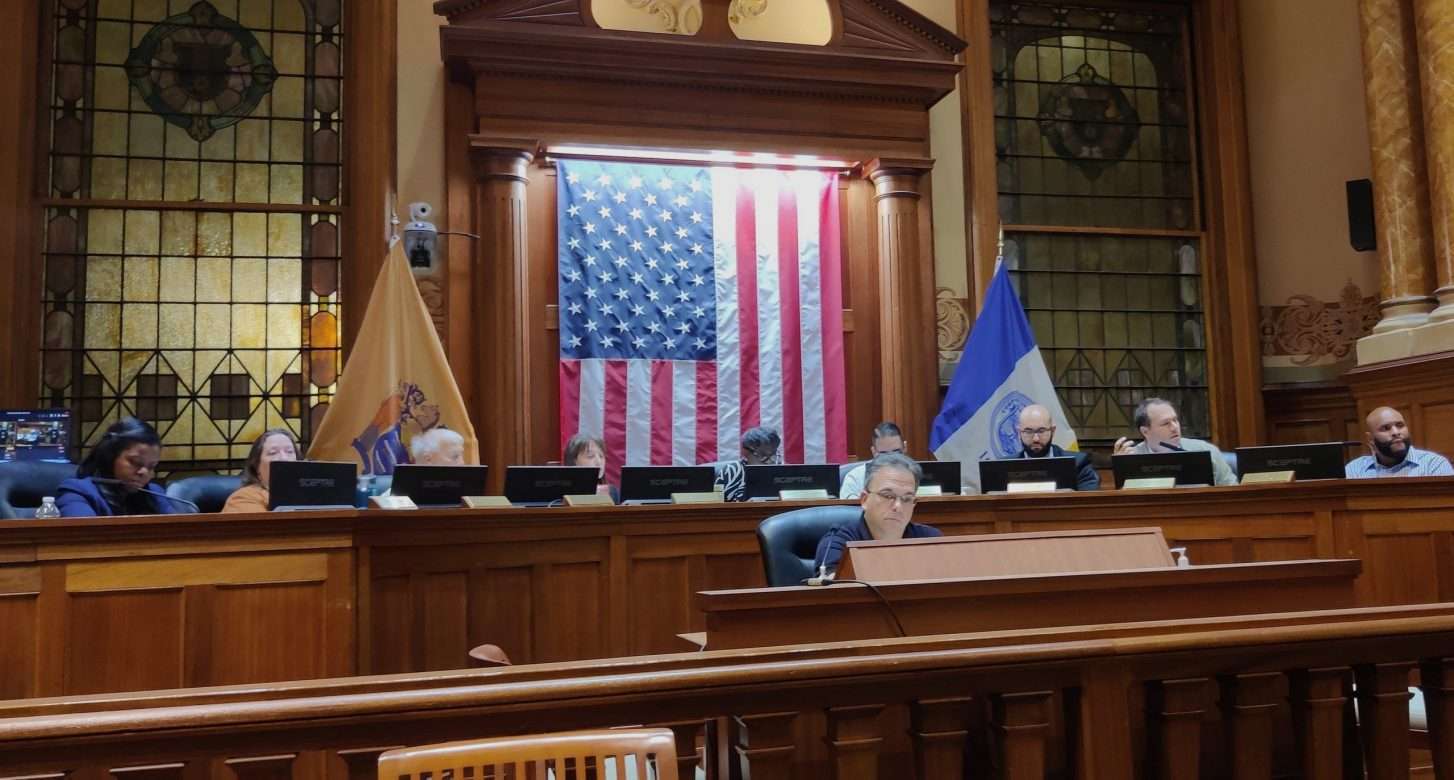 The Jersey City Council discussed their proposed 55 adult-use cannabis dispensary license cap and equity issues during their Monday caucus before their Wednesday meeting.

Commerce Director Maynard Woodson noted Cream Dispensary is poised to get their resolution to be open at 284 1st St. They were approved by the Jersey City Cannabis Control Board in September.

“Have they met with the local neighborhood association? If they’re in Ward E, I’d like to meet them to meet the neighborhood before we give them final approval,” Ward E Councilman James Solomon said.

“Just let us know about this one. The neighborhood association likes to meet beforehand,” City Council President Joyce Watterman said.

Woodson also noted the adult-use cannabis dispensary cap at 55 is on second reading for final approval.

“I really want to get this right the 1st time. The legalization of marijuana has been an attempt to right societal wrongs,” Ward F Councilman Frank “Educational” Gilmore said. “I look at this, and I see no approved locations in Ward F. A Black person is l7 times more likely to get arrested.”

“We’re legalized marijuana, and the individuals penalized the most don’t look to be benefitting the most, and we’re capping it. I would like to see some mechanism of dispersing dispensaries. When we’re capping, we need to make sure we’re talking about equity. We just don’t want the people with money to get in there,” Gilmore said. “Is there any way we can implement some form of mechanism? There needs to be… equal dispensaries in equal jurisdictions.”

“That’s something we’ll have to reach out to the Law Department… to force more businesses to open in other parts of the city,” Woodson said. “We have looked at 27 applications. You are right. Most of them are not in the south side of the city.”

“Is there any way to encourage to set up their establishments in the south side of the city? Are there any community organization efforts to inform the legacy markets?” Ward D Councilman Yousef Saleh asked.

“I think that makes sense to reach out to the legacy market. But we would have to do outreach,” Woodson said. “It’s not an inexpensive endeavor to get into this business.”

The entrepreneurs succeeding the most are serial businesspeople who are adept at political maneuvering, often with powerful friends and/or deep pockets.

“Can we hold information sessions in the south side?” Saleh asked. “I am concerned about limiting the number of cannabis retail locations.

Brittany Murray of the Law Department said they could look into a mechanism.

One of the issues is that Jersey City only allows dispensaries in certain business districts known as the “Green Zone.” While it is better than most New Jersey towns, it is nonetheless restrictive.

“It’s an issue of the market. I think we can encourage the market to move into those areas or provide ample information. We had ex amount of applicants that chose their own locations… including some diverse vendors,” Business Administrator John Metro said.

He said they could work with the Office of Diversity and Inclusion.

“So, is capping it at 55 the answer?” At Large Councilman Daniel Rivera asked.

“Capping it at 55 would create potentially market stabilization,” Metro said. “With the current applicants and applications, we do have about 20 to 25 slots left.”

He noted geographic diversity is not mandated.

“They saying they have a site but it’s not guaranteed. Part of the issue is finding a site,” Watterman said. “That’s the challenge right now, finding a site. If we get to 55, I’ll be amazed.”

“When we’re stepping into these cap numbers, it’s starting to look a little bit like our liquor licenses,” Ward B Councilwoman Mira Prinz-Arey said.

She said this creates issues whereby people hold licenses but do not open them. Prinz-Arey also noted that a university in Ward B is anti-cannabis.

“What does that mechanism look like if they can’t secure a site?” Prinz-Arey asked.

Woodson explained locations need to be secured before they get to them.

“A lot of people are putting in a lot of time and money,” Prinz-Arey said. “They’re investing eight months to a year, knowing it might take that long. I agree caps are a good idea. We do need to do a little more to make sure it is fair and equitable.”

“Since we have the UEZ, the CDC people, is there a way we can make a work incubator so people … in the Black and Brown communities can have some type of access? For some of them, they thought they secured a site, and they go back to the landlord and the landlord done tripled the price. They’re … already priced out,” Watterman said.

She was wary of Multi-State Operators (MSOs) from other states using a few minority individuals to their advantage.

“They’ll diminish them one way or another. Then the Black and Brown community is pretty much left out. We have these UEZ dollars, and they supposed to help, can we make a business incubator?” Watterman asked.

“That is one of the projects we’re working on. We are working on a proposal for a small business incubator in the MLK area,” Jersey City Economic Development Corporation Director Florence Baron said.

“There are a number of vacant storefronts in that area. If the city can work … with these landlords to push through businesses and use them as incubators and have less empty storefronts,” At Large Councilwoman Amy DeGise said.

“We try to make it as fair as possible,” Watterman said.

“To operate some of these facilities, the building has to be primarily owned by a sole entity. What happens is supply and demand as it exists, these owners now know that,” Metro said.

“Can we put an ordinance together to sort of limit the amount in rent?” Saleh asked.

“They do it for credit cards. There’s got to be something that protects people from being taken advantage of. It could also lower the barrier to entry in terms of fees on the city level for minority applicants. We can make it into zones,” Saleh said. “We’re trying to address an equity issue that spans decades before any of us were on the council. We want people to have a fair shot.”

“As some areas get saturated…, it’s going to force people to open up in the south side of the city,” Woodson said.

“They’re in the process of creating this incubator. I really don’t want to rush that we cap it, and we get it wrong, and there’s systematic suppression happening. We should really make sure we get it right. I think it just calls for a meeting of all entities, just to be fair, just to be transparent,” Gilmore said.

The New Jersey Cannabis Regulatory Commission recently announced they are working on a program to address the issue on the state level. However, it remains to be seen how soon that will help conditional licensees who are struggling.

“We should proceed with the 55 just for the market cap, and I think we should look at these 20 designations and solely concentrate them on the south side of the city,” Metro said.

“We can always open this up again,” Watterman said.