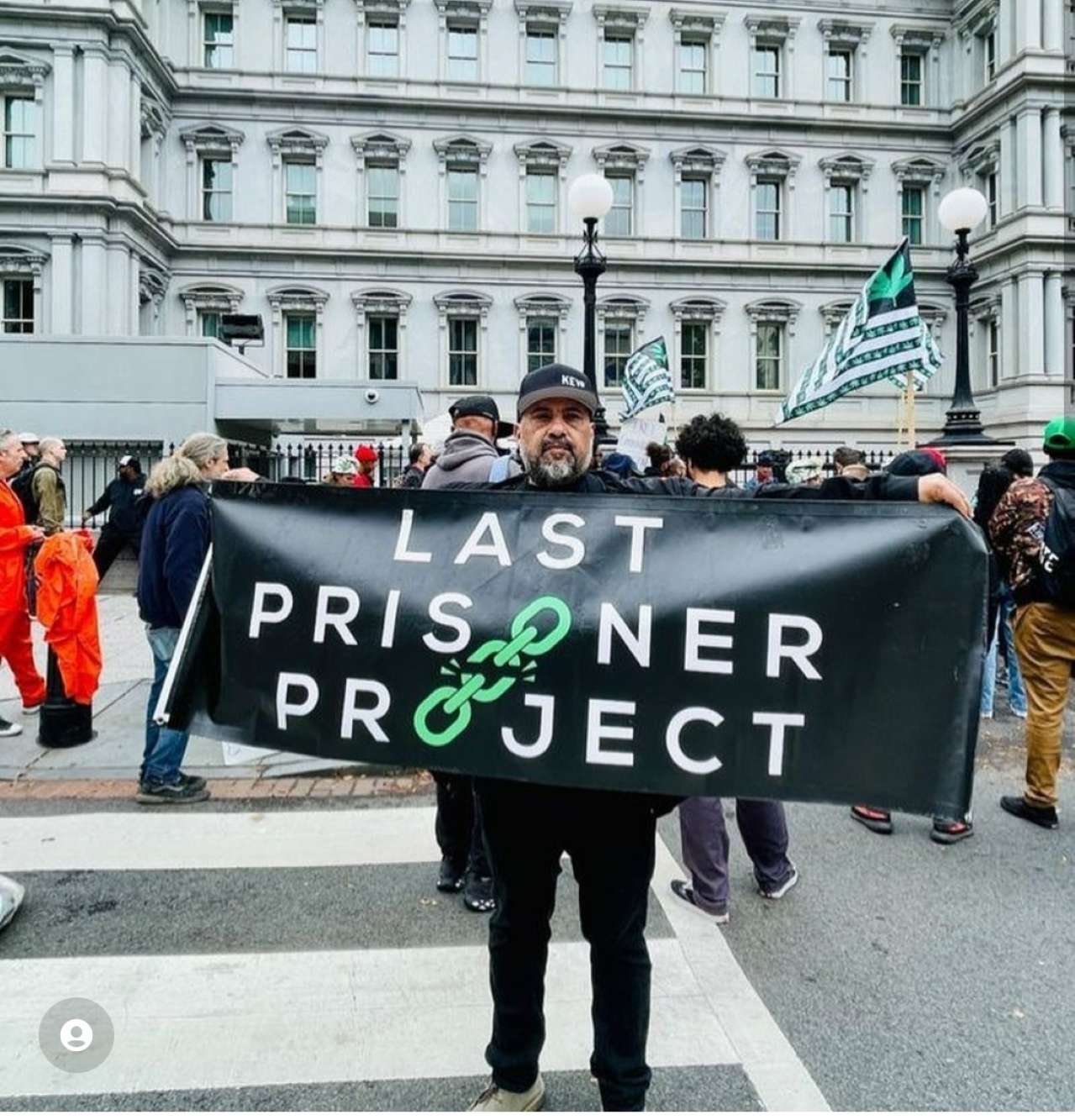 As a former High Times employee, the Law considered him a great prize. Ramos was first locked up for 13 months and 18 days. After the referendum and the adult-use cannabis legalization implementation law CREAMMA passed, Ramos had to go back to jail on his homegrow charges. The judge said legalization didn’t count for his homegrow crime.

Ramos was in the Intensive Supervision Program (ISP) program for parole for 19 months and two days. It went far longer than expected, even though he had no demerits and no infractions. He was first told verbally he would be out in 14 to 16 months after six months in the program. Then it was supposed to be 18 months. Nothing was put in writing. At one point, his end release date was given as 2024, which is what it would have been if he had served a full sentence.

“They just keep you on the edge of your seat,” Ramos said.

“No one seems to be able to keep a straight story. You get different answers from different people,” Ramos’ girlfriend and business partner Chelsea Buttner said. An entrepreneur with a cannabis paraphernalia brand, she was Ramos’ sponsor and helped him find an apartment once he was freed from jail.

“They keep you into this program and keep you just following these somewhat arbitrary rules indefinitely. They have the opportunity to keep you in this prison without walls until your entire sentence is up,” Buttner said.

There were very strict provisions he had to abide by, such as not buying a lottery ticket, which is a form of gambling.

“They know every penny you’re spending. They want to make sure you’re not gambling, no pills, no Tylenol, no drinking. You have to tell them you have to go to the doctor’s and get the OK for it,” Ramos said. “There were so many of ‘em I can’t even count.”

“ISP is very intense. They thought he was going to mess up,” Buttner said.

Given that he was imprisoned for homegrow, Ramos greatly sympathizes with those who lament the lack of homegrow in New Jersey. New Jersey is the only state that legalized cannabis that still considers growing a felony.

“These people are forgotten,” Ramos said.

He lamented people who grew or sold amounts are still behind bars or felons who cannot get their records expunged. Ramos wants other growers freed and homegrow legalized.

Applying for a Cannabis Dispensary License in Jersey City

It is in stark contrast to cannabis sold by cannabis corporations that are Multi-State Operators (MSOs) who largely produce what connoisseurs consider sub-par products.

“His passion has always been the plant,” Buttner said about Ramos.

“There is such passion that people in this industry who just have put the plant first. You could make good money doing other things. It was really the plant that was bringing him to this,” Kalmbach said.

She noted that Ramos is so passionate about cannabis cultivation he has slept in grow rooms. He even hired a band to play Indian sitar music to play it to the plants because they like string music.

Ramos and Kalmbach are putting together the scientific aspect of cannabis with the social aspect in their partnership.

They recently applied to the NJ Cannabis Regulatory Commission for a conditional adult-use cannabis dispensary license. Maude’s Potted Plant Dispensary is still working on securing property in Jersey City to be approved by their Cannabis Control Board. It has not been easy.

“(Almost) no real estate that fits in the parameters of Jersey City is left,” Kalmbach said.

However, they have strong leads and are in the middle of negotiations.

“We’re actively working to secure property and keep moving ahead. Having the weight of the ISP parole off his shoulders is huge,” Kalmbach said.

Negotiations have proven difficult for several cannabis license applicants due to the astronomical price of rent landlords want to charge for a coveted location.

While Jersey City is poised to impose a 55 adult-use cannabis dispensary cap tonight, they remain undeterred. A few applications have already failed the CCB process.

Ramos and Buttner live in Bergen-Lafayette. They moved there in the midst of his legal troubles and have come to greatly enjoy the very diverse neighborhood, which after years of neglect, is coping with gentrification.

Ward F Councilman Frank Gilmore, who represents Bergen-Lafayette, lamented during the Monday caucus before the Wednesday Council meeting that few dispensaries had been approved to operate in his neighborhood.