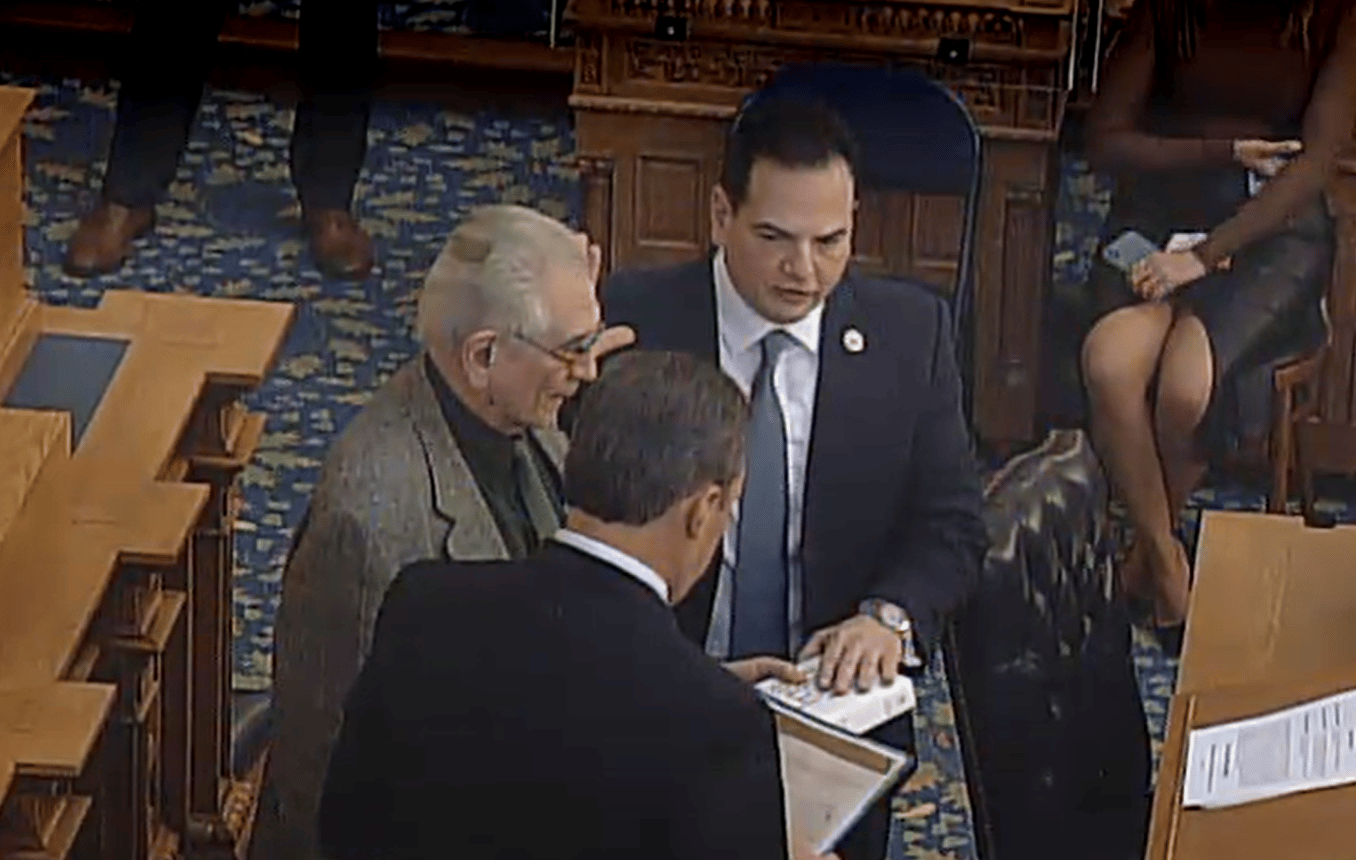 Cannabis legalization opponent State Senator Ron Rice (D-Essex) nominated Nia Gill (D-Essex) against Scutari. He was a consistent opponent of Scutari during the cannabis reform debate. She followed his lead.

Shortly after the surprising defeat of now-former Senate President Steve Sweeney (D-Gloucester) for re-election, Scutari was chosen by State Senators backed by their respective Democratic Party Chairs and leaders to be the new State Senate President.

“With the right leadership, we can do better,” Rice said.

“We must choose an independent senator,” Gill said.

She argued the leadership of the body has failed to serve all senators.

Gill said the New Jersey Senate is a body where “power is concentrated in the hands of the few.”

She has been a closer follower of the anti-cannabis legalization leader Ron Rice.

In a voice vote where votes aren’t tallied, Scutari won.

“Thank you so much for this honor of a lifetime,” he said, calling himself a “poor kid from Linden” and “evidence that the American Dream is alive and well here in New Jersey.”

“I am probably best known for my attempts over the past decade to legalize marijuana here in the State of New Jersey. So, I know about tough battles,” he said.

“Ya know kid, with crazy ideas like that, you’re going to have a short career in the legislature,” Scutari recounted with laughter from the chamber following.

Scutari then thanked him for his service and noted he’s Vice President Pro-Tempore of the New Jersey Senate.

Nick Scutari and the Leadership of the New Jersey State Senate

Under Nick Scutari as Senate President, Senator Teresa Ruiz (D-Essex) will be the State Senate Majority Leader and the highest-ranking Latina in the history of the New Jersey Legislature. Ruiz was the prime sponsor behind New Jersey’s cannabis decriminalization bill introduced in the wake of the mass George Floyd/Black Lives Matter protests. It was an especially progressive bill, allowing for possession of more street cannabis than most other states.

“I am proud to announce the selection of Senator Singleton to be a member of the team of leaders for the Senate Democratic Majority,” said Senator Scutari. “He possesses a firm grasp of public policies and an innate understanding of the impact they will have on the lives and livelihoods of every day, working people. He is sharply attuned to the needs and priorities of the people we serve.”

Senator Paul Sarlo (D-Bergen) will serve as Deputy Majority Leader. Unfortunately, he is unique among the new leadership and has consistently insisted on employer protections at the expense of workers’ right to consume cannabis in the wake of full legalization.

Gopal will be Conference Chair, a position he held in the previous legislative session.

Senator Brian Stack (D-Hudson) will be the new Judiciary Committee Chair, the position through which Scutari advanced cannabis legalization.

The new Senate President Nick Scutari made it known Friday that he does not believe cannabis homegrow on the New Jersey CannaBusiness Association’s webinar. He said he is not personally opposed to it, but would rather see the industry grow to ensure it would not compete.

The idea that it could compete is based on earlier homegrow models that leaned towards a libertarian model that allowed more than 70 plants versus the more modest four to 12 plants that have been proposed in New Jersey’s proposed cannabis homegrow bills.

The leaders of the cannabis activist groups Sativa Cross and the Coalition for Medical Marijuana of New Jersey (CMMNJ) have emphasized this several times. CMMNJ Board Member Peter Rosenfeld noted he sent a letter to Scutari on this point and is awaiting a reply.

Assembly Speaker Craig Coughlin (D-Middlesex) has COVID and was sworn in for a third term remotely during the Assembly’s reorganization. He has consistently supported cannabis reform throughout his tenure.

Unfortunately, Assembly cannabis homegrow sponsors Eric Houghtaling and Joann Downey (D-Monmouth) were defeated for re-election in November, and their replacements were sworn in.