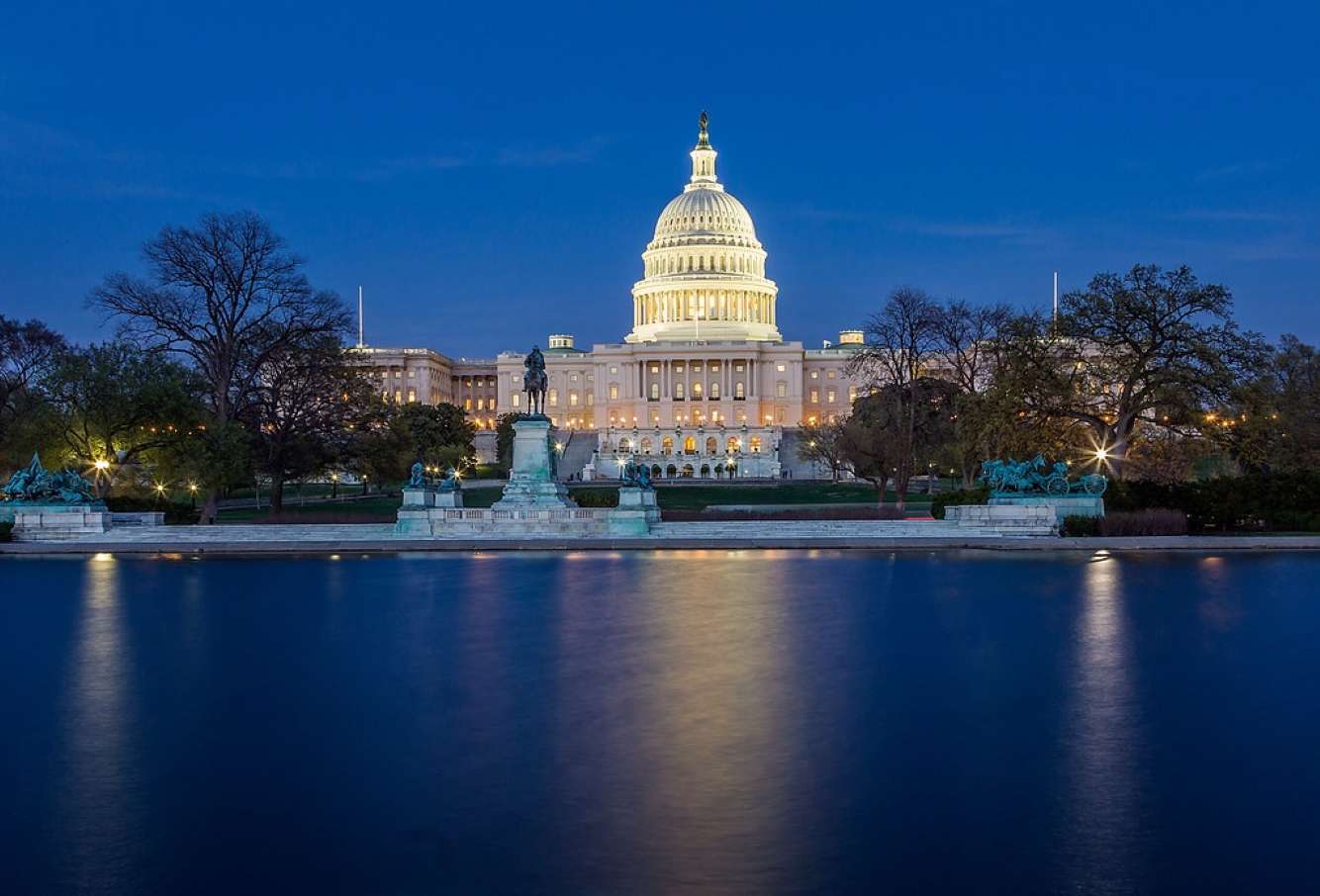 The new bill, the Harnessing Opportunities by Pursuing Expungement (HOPE) Act, would appropriate $20 million to the Attorney General to financially assist states and local governments with reviewing and expunging cannabis convictions.

“As we continue to advocate for the decriminalization and legalization of marijuana, this bipartisan bill will provide localities the resources they need to expunge drug charges that continue to hold back Americans, disproportionately people of color, from employment, housing, and other opportunities,” said Congresswoman Alexandria Ocasio-Cortez.

“Having been both a public defender and a prosecutor, I have seen first-hand how cannabis law violations can foreclose a lifetime of opportunities ranging from employment to education to housing,” said Rep. Dave Joyce. “The collateral damage caused by these missed opportunities is woefully underestimated and has impacted entire families, communities, and regional economies.”

“By helping states establish and improve expungement programs for minor cannabis offenses, the HOPE Act will pave the way for expanded economic opportunities to thrive alongside effective investments to redress the consequences of the War on Drugs,” he added.

“This bipartisan effort represents the growing consensus to reform marijuana policies in a manner that addresses the harms inflicted by prohibition,” said National Organization for the Reform of Marijuana Laws (NORML) Political Director Justin Strekal. “It provides cash assistance for state and localities that are wisely choosing to remove these stigmatizing records.

Legislatures in over a dozen states have enacted laws explicitly facilitating the expungement of low-level cannabis convictions. State officials have vacated an estimated 2.2 million marijuana-related convictions under these laws over the past two years. In New Jersey, hundreds of thousands of expungements have already taken place.

“There is no justification for continuing to prevent tens of millions of Americans from fully participating in their community and workforce simply because they bear the burden of a past marijuana conviction,” Strekal said.

According to the FBI’s Uniform Crime Report, over 350,000 Americans were arrested by state and local law enforcement for marijuana crimes in 2020. Ninety-one percent of those arrested were charged with simple possession. Since 2010, state and local police have arrested an estimated 7.3 million Americans for violating marijuana laws.

“Ultimately, efforts to provide necessary relief to those who carry the scarlet letter of a marijuana conviction must be carried out primarily by state and local officials,” Strekal said. “Having this federal incentive available will go a long way toward empowering local leaders and citizens to take these steps to address the past injustices brought about by the failed policy of marijuana prohibition and will also move us closer toward embracing more reasonable cannabis policies,” concluded Strekal.

Supporters of the bill can contact their Members of Congress and encourage their support through NORML.

The divide in Congress over which bill to move to change federal cannabis policy mirrors the divide between those who want cannabis reform to help those most hurt by the War on Drugs and those looking to profit from legalization.

On the other side are those with the strongest ties to the cannabis corporations that are Multi-State Operators (MSOs) and other large organizations poised to make a fortune off cannabis. They want the SAFE Banking Act passed to allow banks to do business with cannabis companies without fear of negative consequences. When the lack of justice is pointed out in the SAFE Banking Act for those hurt by the War on Drugs, they quickly point to the benefits the bill would bring minority entrepreneurs who are less likely to have access to a network of those with a great deal of capital to invest.

While the SAFE Banking bill itself has yet to pass both chambers of Congress, members of Congress have sought to include it in a spending bill that funds part of the United States government, a common tactic. This was tried last year as well. But when the deadline to approve spending approached, it was discarded as the need to make a deal becomes more important.

The MORE Act, a bill to decriminalize cannabis, has been favored by social just advocates in general. If it passes, people could have their records, which hold them back from obtaining college loans, jobs, and housing, erased.

While it passed the House Judiciary Committee in September, it does not have the necessary companion bill in the Senate to become law. It has not found a Senate sponsor since former California Senator Kamala Harris became Vice President.

Complicating matters is that Senate Majority Leader Chuck Schumer (D-NY), Cory Booker (D-NJ), and Finance Committee Chair Ron Wyden (D-OR) have sought to introduce the Cannabis Administration and Opportunity Act which would remove cannabis from the list of Controlled Substances. That would end federal prohibition and likely allow banks to do business with cannabis companies free of repercussions.

Inspired by New York’s progressive legalization bill, the Marijuana Reform and Tax Act (MARTA), Schumer does not want to see the industry dominated by large corporations at the expense of patients, consumers, and small businesses

“We don’t want the big boys to come in after all the pain (incurred in communities during the war on drugs) … and make all the money. Makes no sense,” Schumer said.

Booker is also more interested in passing the MORE Act than SAFE Banking, much to the frustration of its proponents. However, they have also made little progress in their efforts thus far. Part of the issue was that they sought input from a wide range of sources.