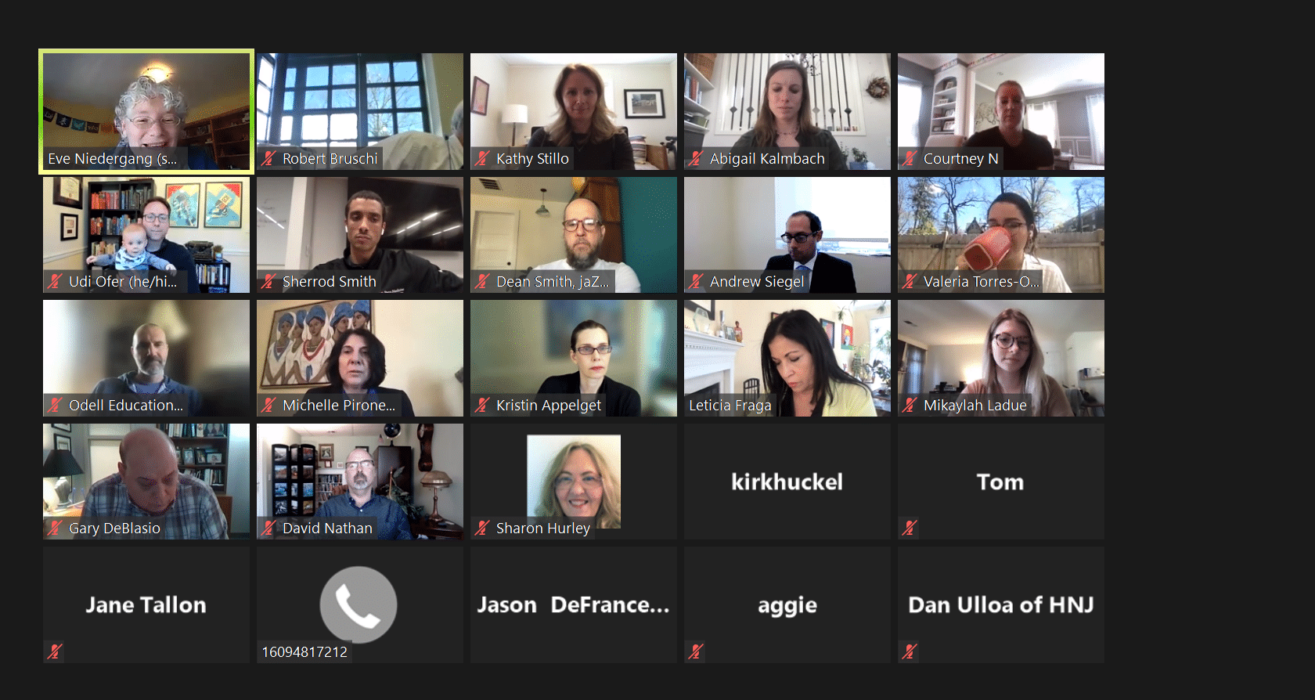 While thorough, a Green Rusher looking for permission to open a business in town or a libertarian might be a little disappointed at its nature. They are acutely aware of the racist police brutality that has occurred, and the misinformation spread due to cannabis prohibition, especially among the youth.

Councilwoman Eve Niedergang (D) is chairing the Princeton cannabis task force. She explained that it was the first meeting of many.

“Is there an advantage to acting fast?” Niedergang asked rhetorically.

She explained the cannabis Task Force has two overarching questions to address.

“What is the best thing for this town in terms of how we approach education and guide enforcement?” she asked rhetorically. “And whether or not it would benefit the community to have some aspect of the cannabis industry here.”

She said they are likely to decide on the issues by July. Niedergang noted zoning regulations would have to be implemented if they allow a cannabis company to operate within the town.

“We really want to approach this with social justice front and center,” she added.

Niedergang noted that the debate over legalization and cannabis use is over, and they will not relitigate it.

“You’re going to be able to site home on your computer and order what you want,” she said regarding home delivery.

Niedergang admitted she is not an expert on cannabis policy herself and thus appreciated others’ expertise on the Cannabis Task Force.

“So much is undecided,” Niedergang said, noting the Cannabis Regulatory Commission (CRC) has yet to meet.

“This process is kind of like laying the tracks for the railroad while… the train is approaching you from behind,” she added.

A lot of the meeting was taken up by introducing those on the task force and setting up future subcommittee meetings.

Dr. David Nathan of Doctors for Cannabis Regulations (DCFR), who represents them on the ACLU pro-cannabis coalition (where I represent the Latino Action Network, full disclosure) is also on the cannabis task force. He is a Princeton local who practices there as well. Udi Ofer of the ACLU’s national justice division was also appointed. He was formerly the ACLU NJ Director when in 2014, they launched their legalization campaign.

“We believe in decriminalizing all drugs for personal use,” he said, noting Oregon passed a similar law last fall. He said it’s inevitable in the next ten years that New Jersey will do so as well. While Governor Phil Murphy commented that he could see that happening, it is far from inevitable.

Former NJ Cannabis Industry Association President Hugh O’Beirne, now a cannabis consultant, and a Princeton resident, was appointed as well. While active for some time, that organization is now defunct.

“It’s uncertain when the regulations will be completed,” said O’Beirne. Indeed, Cannabis Regulatory Commission Chair Dianna Houenou has refrained from setting any sort of deadlines. He noted the CRC should have been seated by September 2019, their first meeting is Monday.

“If we opt out, we can get back in,” Niedergang said regarding a ban.

Vice-Chair of the Princeton Civil Rights Commission Sherrod Smith said licenses should be distributed justly. Valeria Torres-Olivares will represent Princeton civil rights group Not in Our Time on the commission as well.

Kristen Appleget representing Princeton University and a representative of the college’s Students for Sensible Drug Policy (SSDP) chapter, were appointed as well. From a science perspective, Abby Kalmbach, studying the medical potential of cannabis, was appointed too.

Gary DeBlasio of Cornerhouse, a rehab, and Courtney Navas of the Princeton Police were also appointed. Based on the nature of their positions, they are more likely to oppose or delay pro-cannabis measures than the others. However, Navas went to a George Floyd protest. Furthermore, De Blasio noted scaring teens on cannabis doesn’t work.

Among the many assets of a state maligned due to its proximity to New York City and Philadelphia is Princeton. While not a large city, it is home to one of the best colleges in America, renowned as a bastion of science and the arts. The town draws people in from elsewhere for its college programs, quality art museum, and fine downtown, among other reasons.

Homebuilder Charlie Farkouh would like to open a grow site in Red Bank. He applied to grow medical cannabis in a warehouse in town. A Rumson resident, he has built many houses in town. However, the site he sought was not approved since he was not given a variance or exception.

“We already have a resolution on the books in support of cannabis in Red Bank!” Councilman Ed Zipperich (D) said regarding the prospect of cannabis company in town. In 2018 Red Bank came out in favor of a medical cannabis dispensary within their boundaries.

“So, yes, I think our council will be in favor. I, for one, welcome new businesses to town. In this case, any newly formed, state-licensed business is surely welcomed in Red Bank,” he added.

Red Bank is already home to Kevin Smith’s Secret Stash Comic Book Shop along with a CBD store. It’s also where Governor Phil Murphy of neighboring Middletown had an office before being elected. While it does not contain a college, it has a vibrant downtown and Democratically inclined residents that make it a natural place for a cannabis company to be located.

Ocean City, NJ, far less renowned than the popular Maryland boardwalk beach town, is among the latest towns that don’t like cannabis.