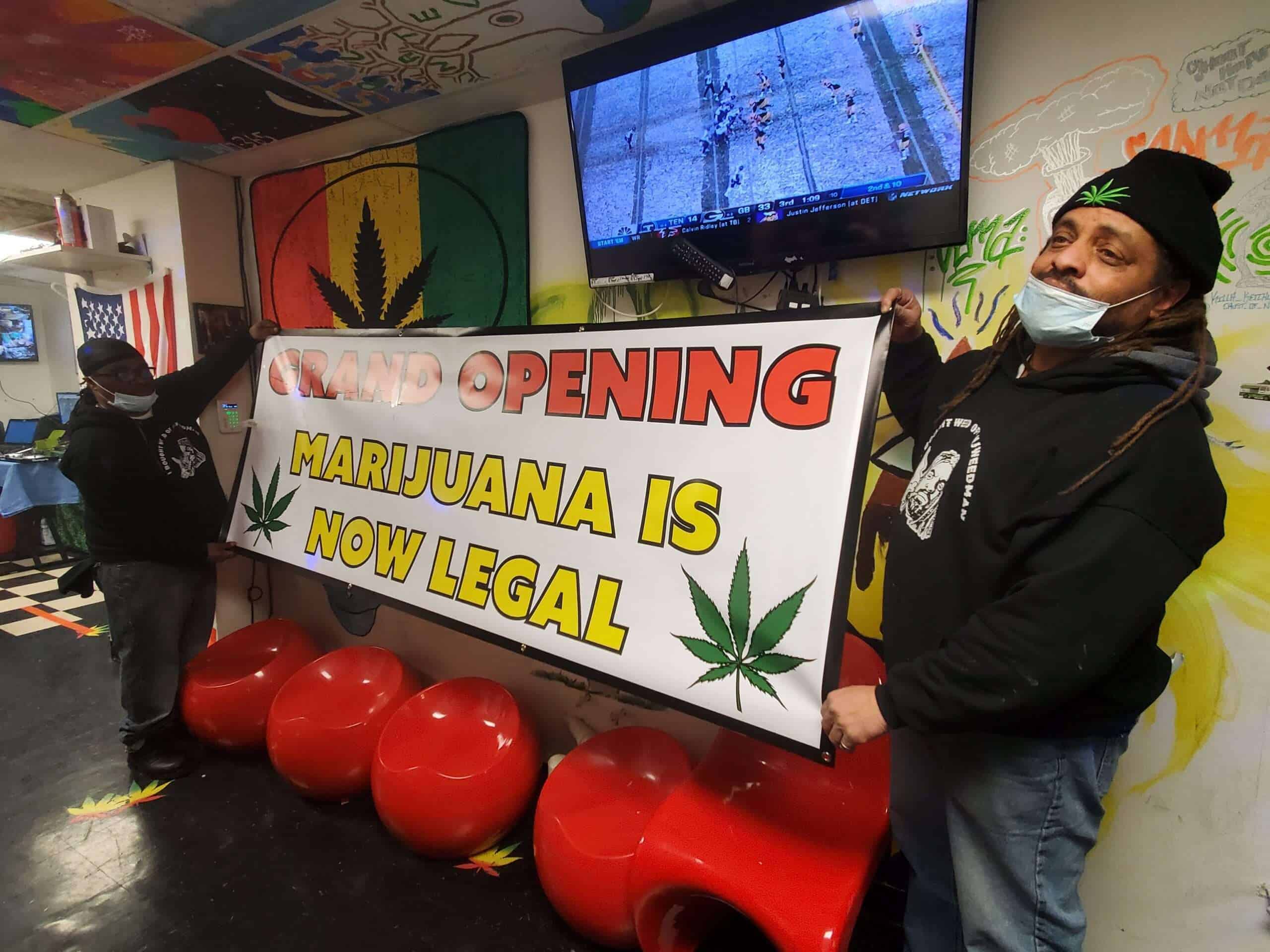 Ed “NJWeedman” Forchion sold what he called the first NJ referendum legal sale of cannabis at midnight January 1st to ring in the New Year.

The NJ referendum, which garnered 67 percent of the vote, said that it would go into effect today, January 1, 2021. It did not say it would be hampered if enabling legislation did not pass the legislature.

Those trying to play it safe though should continue to avoid making their possession of street cannabis publicly known.

“As far as I’m concerned, marijuana becomes legal. I’m unfurling this big banner at midnight tonight. This is the citizen’s dispensary,” NJWeedman told the gathered crowd.

“The people voted,” he said. The ballot question said it made it legal on January 1st. The State, the politicians have failed to present what they call enabling legislation. That’s on them. The people voted on this constitutional amendment.”

NJWeedman noted that the two months between the NJ referendum winning and the deadline was insufficient time for the legislators to act.

They would have made the deadline if Murphy did not insist that minors continue to receive negative repercussions for cannabis possession at the last minute.

The referendum polled consistently above 50 percent. Thus, lawmakers could have worked with advocates and the Governor to prepare a bill in advance and avoid half the problems that were encountered.

“Whatever happened, they fucked it up,” NJWeedman said.

Despite not having voted for the NJ referendum, which gained 67 percent of the vote, NJWeedman was pleased to sell the first legal cannabis.

He that nothing would change in his daily operations. Forchion has already been openly selling cannabis across from Trenton City Hall for a while. NJWeedman had a wide variety of flower strains (or cultivars) on sale labeled Sativa, Indica, or Hybrid, infused chocolate and candy, gummies, vape cartridges, and other cannabis products you’d expect to see labeled at a dispensary. He was sold out of shrooms.

NJWeedman showed off a small machine that measures the amount of THC, CBD, moisture, and water activity in a nug of cannabis flower without harming its quality.

For his New Year’s celebration and NJ referendum protest, he had a party going in the back of his Liberty Bell Temple III storefront in a screened-in porch area constructed since he proclaimed himself essential along with the medical cannabis dispensaries and has benefited from being so.

Aficionados and enthusiasts came to ring in the New Year with him at his party, complete with a bar and a band.

He delighted in the legal confusion that is likely to ensue. NJWeedman encouraged those with cannabis convictions to try to take it to a jury trial since he believes that a jury of 12 cannot agree unanimously to convict.  Doing so remains a risky venture.