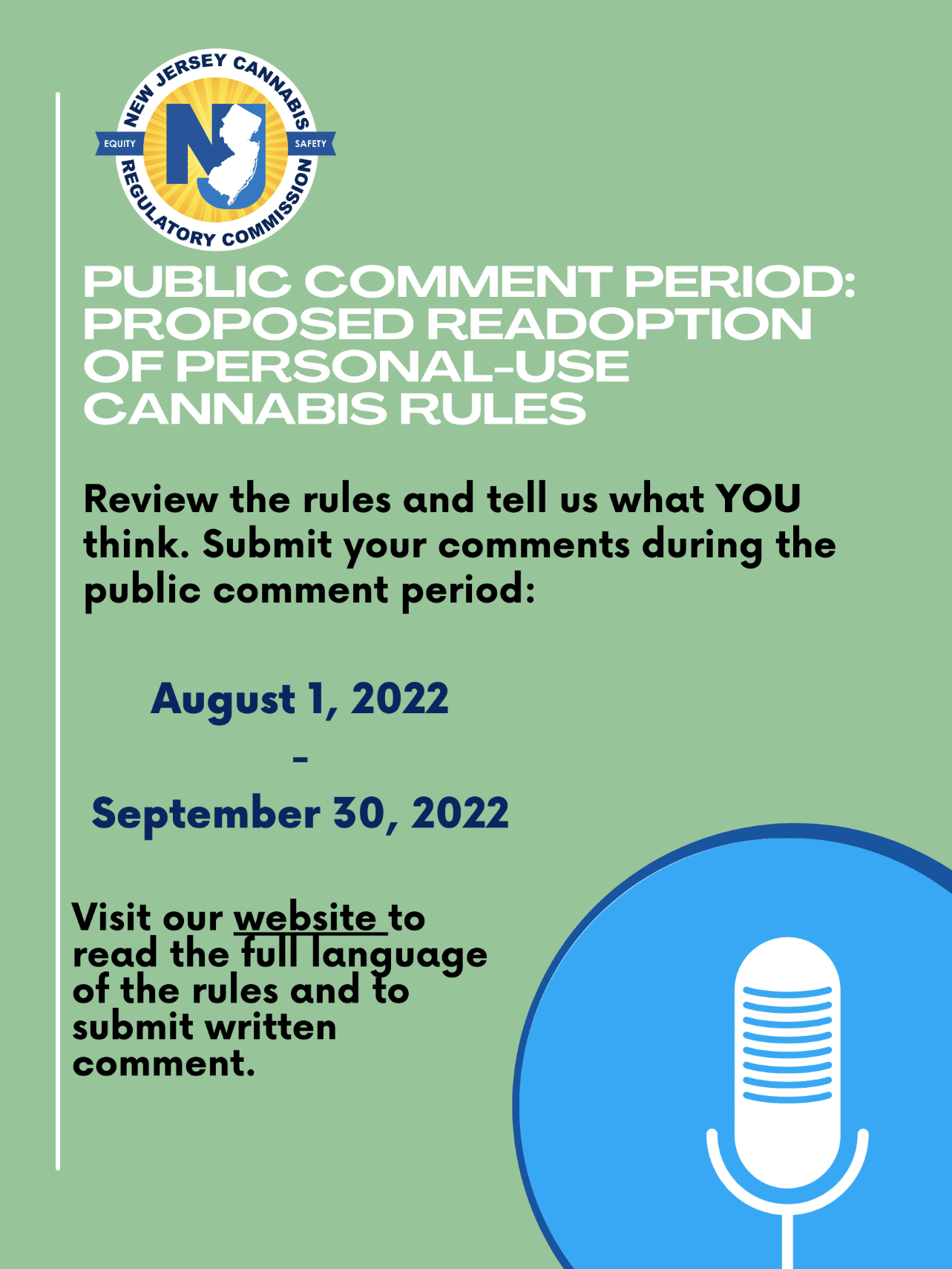 At 325 pages, the New Jersey adult-use cannabis rules are thorough but not thorough enough.

While NJCRC Chair Diana Houenou said at the last NJCRC meeting that rules on cannabis consumption lounges and edibles “were forthcoming,” the new cannabis rules do not address those areas in detail.

“Sales of food, beverages, alcohol, or tobacco on the premises of a cannabis business are prohibited,” the rules say. However, they do allow company cafeterias. Many want to sell at least water if not have a full kitchen at a lounge. A lot of stores like Staples also sell soda at the front.

Many of New Jersey’s large employers, lobbying business associations, and conservatives are also very concerned about guidance on dealing with workers high while on the job, which is also missing.

“Until such time that the Commission, in consultation with the Police Training Commission … develops standards for a Workplace Impairment Recognition Expert certification, no physical evaluation of an employee being drug tested in accordance … shall be required,” the cannabis rules say.

The interim New Jersey adult-use cannabis market regulations were released last August. They expire on August 19th, but the NJCRC said during a meeting they could be extended and last till February 15th, 2023. The Public Comment period on the new rules began yesterday, August 1st, and ends on September 30th. How the adoption of rules in key sections will work remains to be seen.

Other industry factors covered in the proposed updated rules include waste management, advertising and promotion, and violations and penalties.

Details for delivery licenses are laid out.

Of the three remaining licenses classes to which no winners have been announced, the most excitement is around delivery.

However, there was no indication when their application portal would open. This makes though since the other portal opening dates were given at NJCRC meetings.

A lot of the details in the delivery license section are routine and intuitive. For example, they are not allowed to grow or manufacture cannabis since other licenses are required for that. They also can only deliver to consumers and not businesses since that is what a Distribution license was ostensibly created to do.

Before delivering cannabis, delivery drivers must inspect IDs to ensure the person is at least 21. Cannabis delivery service personnel must log consumer information.

The NJCRC mandate that a cannabis delivery service keeps an accurate record of all cannabis items delivered, the date of purchase and delivery, the cannabis items purchased, and the selling entity. Records must be kept and maintained for four years.

If permitted by a dispensary, they are allowed to make available on their website a standard price list for deliverable items.

There will be no limit on the number of cannabis items a micro business cannabis delivery service may deliver.

The dispensary purchase limitations of how much cannabis can be purchased will also be applied to delivery.

In addition, many details on the Wholesaling and Distribution license conduct regulations were contained in the new regulations, especially on their storage and recordkeeping.

For example, “a microbusiness cannabis wholesaler shall acquire for resale no more than 1,000 pounds of usable cannabis, or the equivalent amount, in any form of cannabis product, or any combination thereof, each month.”

In the cannabis rules, the NJCRC explained that it wants companies to hire workers and make deals with companies whose owners would qualify to be social equity and other priority classes.

Thus a “good faith effort” means that the license holder needs to demonstrate they made such an effort to achieve employee and vendor-contractor participation by people who would qualify as Social Equity Applicants or felons or businesses based in bad areas that are Impact Zones. They mandate documenting follow-up and offers of employment and contracting. They must provide detailed documentation of the applicant’s efforts to recruit qualifying people.

Furthermore, the NJCRC’s good faith efforts include coordinating meetings in economically disadvantaged areas where qualified people could be informed of the employment and contracting opportunities.

They also want companies to advertise in “general circulation, trade association, and minority-focused media concerning the opportunities for persons who have been affected by the criminalization of cannabis to participate in the regulated cannabis industry.”

They also must contact minority, women, and veteran-owned business organizations and educational groups to give jobs to those hurt by the War on Drugs.

Companies must the NJCRC “monthly progress reports that include specifics on the good faith efforts being made to ensure the cannabis business’s social equity plan as presented in its application or certification to the Commission is being achieved.”

It will be interesting to see their monitoring implemented.

A few of these rules last 24 months, from February 2021 to February 2023, for provisions to expire. Initially, they may have thought the market would be a lot more advanced than it likely will be at that point.

The NJCRC also understands the many interesting games that shady operators might want to play to be vertically integrated and make the most money without being honest about it.

Another interesting detail is that the cannabinoid profile label on products must reflect for the consumer the total Delta-9 THC, total CBD*, and total CBG in products up to .877 is counted and needs to be reported.

They also set up a series of penalties for companies that have broken their cannabis rules, including hefty fines and losing their licenses.