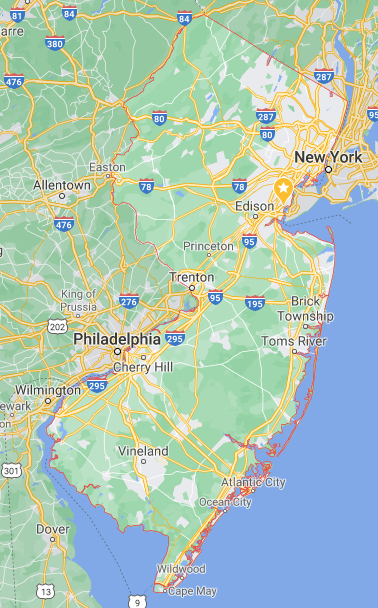 New Jersey towns are weighing their post-legalization options since we will eventually have adult-use cannabis dispensaries operating throughout the state.

After debating the issue earlier this year, Verona, NJ, has taken up that debate again. Its Mayor, Jack McEvoy, has indicated they may allow a dispensary there.

“Legalizing the recreational sale of marijuana is on the table,” McEvoy said.

“Legislation is going very quickly. A couple of highlights we will be keeping an eye on: If it passes, every town has a choice. If we do nothing, we opt ‘in,’ [and] if you opt in, they are telling us that we are locked in for five years. But you can opt ‘out,’ and we will have 180 days to do so after this is all finalized.”

GTI previously indicated an interest in establishing a dispensary in Verona. However, an agreement could not be reached between GTI and the New Jersey town.

“There’s some back and forth on several issues. One is where the bill funding taxes will go. If it is approved, there are percentages, taxes would be added that a municipality will get,” McEvoy explained.

He went into the details of the licenses for business that come to Verona.

“We are keeping an eye on that, and we will keep the New Jersey town informed as to when and what legislation will be passing for that,” he said.

Summit and Issues with Cannabis in New Jersey Towns

The problem with New Jersey’s strong home rule is that even in conservative New Jersey towns where the referendum passed, they are dominated by police, loud parents, and businesses that cannot tolerate the idea of an employee who might be high are better organized and louder than pro-legalization forces.

Summit, NJ recently banned adult-use sales from dispensaries in its town but allowed medical cannabis dispensaries. It is a generally conservative wealthier area where you would not expect a dispensary. Thus, their vote of 6-1 against came as no surprise even though the cannabis referendum won a majority in the state and the New Jersey town.

However, people will still get delivery there since cannabis in dispensary will be legal statewide and other nearby New Jersey towns and entrepreneurs will take advantage of the situation.

Ward 1 Councilman David Naidu (D) sponsored the initiative. He claimed that the bill does not overturn the popular vote but did not explain why.

“I will say that several of you people have used cannabis in your life, and hundreds if not thousands of your community members use cannabis,” activist Patrick Duff said. “The reason the banned is desired is due to “a stigma created almost a hundred years ago.”

A wealthy and comfortable town like Summit has no need to create a new industry to lure business or increase the revenue in its coffers. It is certainly obvious they are wholly indifferent to any social benefit that might come to its people should cannabis come to the town.