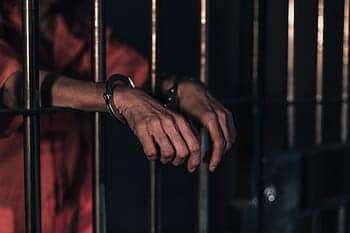 Four people were charged with marijuana crimes and possession of other drugs in Brick, NJ in Ocean County on two separate occasions recently.

Around 6 pm on Oct. 22nd, they were seen with one of them throwing what liked a drawstring bag into the back of their white Chrysler 300 and speeding away. Louis Vargas was pulled over and found to possess marijuana, cocaine, and ecstasy. He was charged with vehicle violations and possession and intent to distribute because the drugs were in individual bags for retail.

Vargas was caught with Eli Brown-Casalan, who was charged with possession with intent to distribute marijuana, cocaine, and ecstasy. According to police Sgt. Jim Kelly, there was a $1,3360 warrant out for his arrest in Brick.

At a separate incident off Burnt Tavern Road and Van Zile Road, Adrian Woodward was arrested for possessing 82 grams of marijuana and 34 grams of cocaine. They also found smaller bags for retail purposes. Woodward was seen at a construction site there engaging in what police described as “suspicious behavior” committing marijuana crimes before he was pulled over after attempting to flee the scene.

Madison Struyf was pulled over after making a deal with Woodward. She was also charged with possession of marijuana, paraphernalia, fraudulent government documents, and vehicle violations. She is from Brick.

Woodward and Vargas are from Manchester, NJ, while Brown-Casalan is from Lakewood, NJ, near Manchester and Brick.

Detectives in the Brick Police Street Crimes Unit carried out the arrests. They assisted by Officers Mark Catalina and Mike Zolezi Jr.

Neighborhood Scout, a website devoted to demographics of areas with real estate for purchase, said Brick, NJ scores a 49 percent with 100 percent being the safest. According to the site, the town has a population of 75,000 people.

People are likely to be continued to be arrested for marijuana crimes and charge with the possession, manufacturing, and distribution of marijuana a minute before a possible implementation bill goes into effect.

While it might be possible in the future for the marijuana crimes charges to be reduced or expunged, the cocaine and ecstasy charges are going to have severe consequences. They are all likely to face jail time.