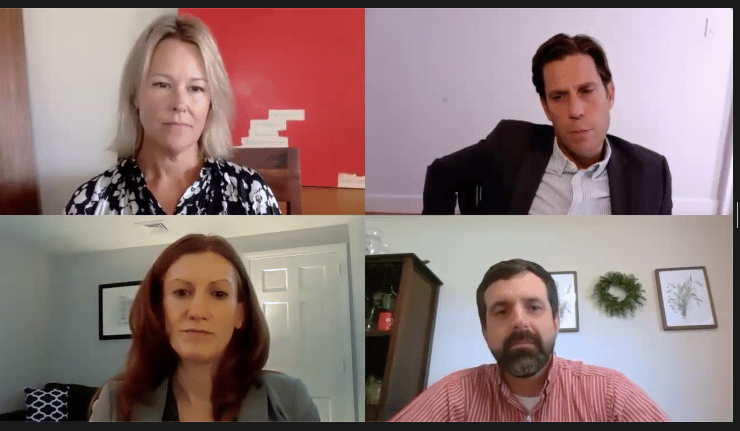 National Organization for the Reform of Marijuana Laws (NORML) Founder and Legal Counsel Keith Stroup kicked off the conference. He noted soon after its founding, Oregon and ten other states decriminalized. They previously thought the country would decriminalize fully before the conservative revolution led by Ronald Reagan kicked in.

“I didn’t think I’d live long enough to see a program in Mississippi,” Stoup joked. He noted NORML was launched 50 years ago.

He praised New Jersey’s legalization along with four others. There are now 36 states with medical cannabis and 16 adult-use states.

Stroup noted public support has gone from 12 to about 67 percent for full legalization in the United States since he founded NORML.

When discussing coping with COVID, Brown said New Jersey cannabis companies took a while to submit their plans. He also noted many entry-level workers quit and could not be replaced because background check companies were shut down.

Brown also lamented the delay in the home delivery process. He wants companies to deliver New Jersey cannabis on different days of the week, similar to other industries. None have started home delivery yet.

Avallone and Bernabe said the Connecticut and New York legislatures are very likely to try to legalize adult-use cannabis next year.

“We’ve had fits and starts related to adult-use,” Brown said.”

“We need to have options for patients to access medicine,” he added.

Brown said the NJDOH did a study that said that the medical side of New Jersey cannabis needs 90 dispensaries. Twelve locations are currently open.

“We’re not close to being there right now,” he admitted. However, Brown said he thought there could be 15 to 20 dispensaries by the end of the year.

“Apothecarium” in Phillipsburg, “Justice Grown” in Ewing, and “Be” in Atlantic City would be the most likely to open up soon, which would bring the number to 15. However, only Apothecarium is slated to open by the end of the year.

Other companies are in the process of opening satellite dispensaries, but none seem about to be open by New Year’s Eve.

Brown acknowledged a lawsuit prolonged by COVID has held up the process.

“Were ready to go whatever the courts decide. We’re just anxious to move forward on that. That’s all I can say on that,” Brown said.

Avallone said it took a year for them to get through their application process and read hundreds of pages for all those that applied. It also took time to verify the nature of the companies and check them

She noted it’s “nothing short of a miracle” they have not had legal challenges in Connecticut.

“What about homegrow?” Crosson said.

“Obviously, patients care about homegrow. I told them I have no issue with homegrow, but I’m not the one writing the bill,” Brown said.

Brown said there are “numerous levers” to lower the cost.

“We don’t even have an adequate supply for the medical market,” Brown said.

He said he wants the market to be expanded to address competition and lower the cost.

“It’s not a philosophical question with homegrow. It’s a question of converting the market and get a bunch of illicit pot,” Bernabe said.

“You already have that in excess,” Crosson said.

Bernabe lamented the nature of the underground market in California.

“Homegrown is a little incongruent,” he said. “Once getting, it’s ok.”

Bernabe said it could hurt the market if homegrow is allowed concurrently with the market opening.

Crosson compared it to tomatoes, and people still buy tomatoes despite tomato gardens.

“They don’t have psychotropic effects,” Avallone said. It’s not tomatoes.” She argued there were safety issues.

“You cannot produce narcotics at home,” she added. “If you did, not legal.”

It’s also a question of contamination.

“I don’t know if you have arsenic in the soil,” she said.

“I could brew beer in my basement. You’re brewing a few gallons at a time. However, I’m not a store. With a few plants, I could grow pounds of cannabis. That puts me in a position I’m more likely to distribute to people,” Avallone said.

She also said extraction of cannabis is dangerous too.

In terms of applicants, Brown lamented that some companies pull smoke and mirrors, with some companies applying as if they are minority and women-owned when they are not.

Bernabe said a company’s credibility is essential and not trying to game the system.

Crosson hosted a panel with Brown and Bernabe last year at the CWC.

She lauded multi-state policy efforts where Governor Phil Murphy of New Jersey has been seeking to collaborate with New York Governor Andrew Cuomo and Governor Malloy of Connecticut on the nuances of legalization.

“New Jersey and New York are inexplicably entwined,” Crosson said on the need for the states to cooperate on legalization.

Crosson noted the problems with the nascent cannabis industry being dominated by a few Multi-State operators (MSOs). She said they are mostly Canadian publicly-traded that have bought into the industry.

“Those are the people running the show. It’s really hard to compete with those people if you’re a small business owner,” Crosson lamented.

“If you have unlimited access to capital, the regular person doesn’t have an advantage,” she said. “Legislator should take time to get it right.”

“I feel like the whole northeast is poised on the edge of a lot of change,” Crosson said.