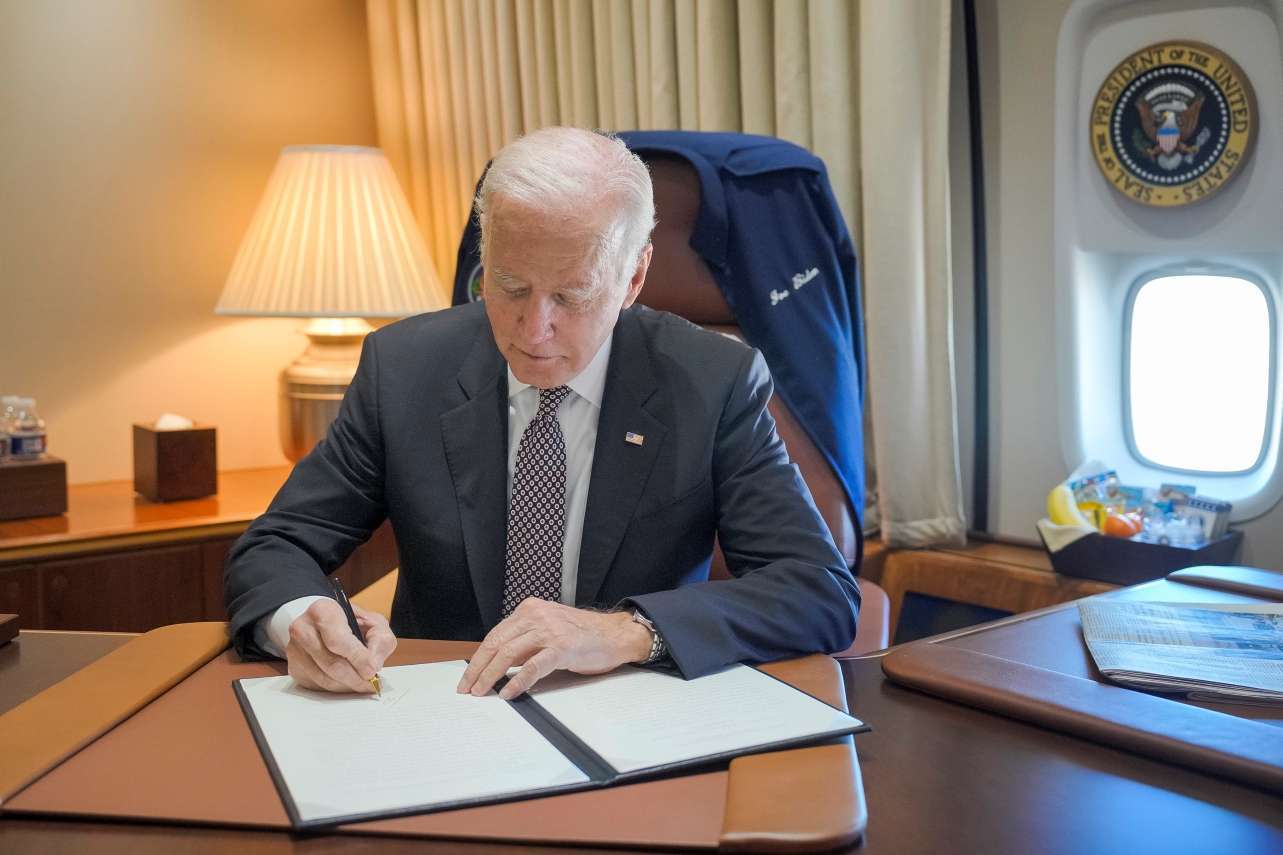 President Joe Biden announced he is issuing pardons for those with federal marijuana possession convictions and beginning the process to reclassify cannabis.

“I am announcing a pardon of all prior federal offenses of simple possession of marijuana. There are thousands of people who have prior Federal convictions for marijuana possession, who may be denied employment, housing, or educational opportunities as a result,” he said.

He has directed U.S. Attorney General Merrick Garland to develop an administrative process for issuing certificates of pardon to eligible individuals.

“Many of the efforts taken and proposed by the President today are long overdue,” NORML Executive Director Erik Altieri said.

He noted that for nearly two years, NORML has urged Joe Biden to keep his campaign promise to provide relief to those burdened with a low-level cannabis conviction.

“We are pleased that today President Biden is following through on this pledge and that he is also encouraging governors to take similar steps to ensure that the tens of millions of Americans with state-level convictions for past marijuana crimes can finally move forward with their lives,” Altieri noted. “Since 1965, nearly 29 million Americans have been arrested for marijuana-related violations, for activities that the majority of voters no longer believe ought to be a crime.”

“President Biden’s pardons are welcome news,” BOWL PAC Founder Justin Strekal said. “It is critical for governors around the country to do the same, given that the majority of convictions have been issued under state, not federal law.”

An estimated 6,500 would be eligible for Joe Biden’s pardon.

Those who believe in social justice have been eager to remove the burdens that cause someone convicted of a crime to go deeper into crime, known as recidivism. It is very common after a first conviction robs an individual of opportunities for student loans, jobs, and housing.

The President also announced that he plans to address the problem of cannabis as a Schedule I narcotic.

As a Schedule I narcotic, it is thought by the United States government to have no medical value despite an abundance of stories pointing to its health benefits. It has the same classification as crack.

“I am asking the Secretary of Health and Human Services (Xavier Becerra) and the Attorney General to initiate the administrative process to review expeditiously how marijuana is scheduled under federal law,” Joe Biden said. “Federal law currently classifies marijuana in Schedule I of the Controlled Substances Act, the classification meant for the most dangerous substances. This is the same schedule as for heroin and LSD, and even higher than the classification of fentanyl and methamphetamine, the drugs that are driving our overdose epidemic.”

It is unclear where the review process will go exactly. Nor is it clear how long it will take.

Cannabis could be moved to Schedule II Controlled Substance like powder cocaine. If cannabis were removed from the Schedule of Controlled substances, it would allow the state cannabis markets to flourish like any other legal, regulated product.

“The Administration must work collaboratively with Congressional leadership to repeal America’s failed marijuana criminalization laws,” Altieri explained. “Action can only be taken by descheduling cannabis and repealing it from the U.S. Controlled Substances Act, thereby regulating it in a manner similar to alcohol.”

“President Biden’s pardon announcement serves as a stark contrast to Senate Republicans, who have been in lockstep behind Mitch McConnell in efforts to block any attempt to end the federal criminalization of marijuana for adults, Strekal added.

“We commend this important and necessary step to begin the process of repairing the harms of prohibition,” said co-founder and CEO of the National Cannabis Industry Association (NCIA) Aaron Smith. “Removing cannabis from the federal Controlled Substances Act is the only way to achieve those goals.”

The NCIA thinks that legalization would make it so that “Main Street cannabis businesses can supplant underground markets.”

Many people in cannabis communities across the country and the state-legal cannabis industries have been waiting for Joe Biden to move on cannabis.

While Chairman of the U.S. Senate Judiciary Committee during the Reagan Administration in the 1980s, he strongly supported the War on Drugs.

Joe Biden has not indicated he would sign the long-awaited legalization bill introduced in Senate that would impose a high tax, the SAFE Banking Act to help the cannabis industry, or the MORE Act to address social justice issues. All three bills have failed to pass the Senate.

Democrats were in danger of losing their slight control of the U.S. Senate before the Republican-controlled Supreme Court overturned the landmark abortion decision Roe v Wade in June.

While the Democrats could pick up more U.S. Senate Seats, they are in danger of losing control of the House of Representatives.

Cannabis legalization is said to have bipartisan support in general. Both Progressives on the Left and Libertarians on the Right have long been in favor of ending cannabis prohibition. More politically moderate people believe there are great economic opportunities.

Unfortunately, the House Republican Caucus has come out completely opposed to cannabis reform.

Biden filled his campaign pledge likely as a way to increase voter turnout for Democrats on November 8th.