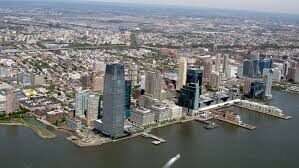 Hudnut tweeted his endorsement of the referendum being held on November 3rd saying that,

In 2018, Jersey Mayor Steve Fulop and Jake Hudnut announced measures they were going to take to lower the amount of cannabis-related arrests significantly in their city. It would have, in effect, decriminalized cannabis. Their actions received national attention.

Hudnut justified the move citing the fact that more people of color are arrested than whites even though studies have shown the use of drugs is about equal. Legalization advocates for the bold move lauded him.

However, New Jersey Attorney General Gurbir Grewal disapproved and sent a lengthy memo stating that municipal leaders did not have the authority not to enforce existing prohibition standards. Ultimately, municipal prosecutors were given the authority to lessen the charges when negotiating with those charge with cannabis crimes.

“Together we are transforming the statewide conversation on marijuana legalization from one purely about taxation revenue to one including social justice, racial equality, and local control,” Hudnut said.

As Municipal Prosecutor, he has also focused on strengthening tenant’s rights.

Due to Fulop and Jake Hudnut’s support of legalization, Jersey City is likely to develop a thriving local cannabis market with at least one medical and adult-use dispensary, if not more. Other businesses could benefit, as well. For example, people can buy food at a nearby restaurant or shop at nearby stores. In the future, a cannabis social lounge like a coffeehouse or bar could open there.

Because Jersey City is well connected to New York City, it is very easy to imagine many New Yorkers taking the PATH train or driving through the Holland Tunnel to purchase cannabis here.

A potential medical cannabis dispensary likely applied for a license there in the last round. That round has been held up due to a pending ATC lawsuit.

Jersey City is likely to emerge as the largest city in New Jersey post census next year. It was only slightly behind Newark in the 2010 census.