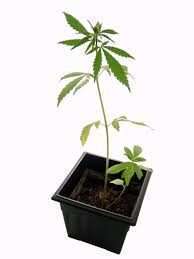 “I’m glad Gopal did that,” Coalition of Medical Marijuana of New Jersey (CMMNJ) Board Member Jo Anne Zito said regarding his letter. Zito is leading an effort with CMMNJ Board Member Jim Miller called “Jeff’s Law” after noted activist Jeff Oakes, which would legalize home cultivation for medical marijuana patients.

“It’s a medical right. For people in general, it’s a basic right like growing your food, growing your own medicine. I don’t think people should go to jail for it,” said Zito.

In the letter, Gopal argued that COVID has made it even more necessary for homegrow to be implemented since it’s especially dangerous for patients with compromised immune systems to be in public.

Gopal said he has spoken to Vitale personally about homegrow and found him receptive.

Once issues with long-term care facilities, which Vitale believes need to be addressed, are granted a hearing by the Senate Health Committee, it is more likely home cultivation will be addressed.

“I’m pushing every way I can. More voices besides me would be helpful,” Gopal said.

“The patients have suffered enough,” said Zito. “They shouldn’t fear having a garden of their own medicine.”

Zito cited a study that shows the act of growing to be therapeutic as further proof it would help patients.

“Stress is a killer. Being paranoid the cops are going to come and take you away is not helpful,” Zito said, attributing that to Edward “Lefty” Grimes.

Zito noted there are places in New Jersey willing to help people learn to grow it.

Many advocates think the medical marijuana grown and sold in New Jersey to be mediocre for the exorbitant price paid for it.

Also, people looking for specific strains to treat their ailments often have great difficulty finding it. Or they might find overpriced flower they then need to make into oil to reap the benefits.

Some think home cultivation could lead to an increase in the underground market. Advocates say growing takes time and patience. Thus, most people would prefer the convenience of store-bought cannabis.

Advocates initially thought homegrow would be included in New Jersey’s Compassionate Use of Medical Marijuana (CUMMA) law. Still, it was taken out at the last minute much to the dismay of advocates after it had passed the Senate but not the Assembly.

Since then, legislators have been reluctant to address the issue. Some say it would be difficult to enforce a limit of six or ten homegrow plants that exist in other medical marijuana states.

Others believe the initial dispensaries set up are fearful of anything that would cut into their profit margins and have been lobbying towards that end.

Gopal is in favor of full legalization and has been fighting for that as well.

“Honestly, it should be a bipartisan issue. As the youngest member of the Senate, I have a different perspective,” Gopal said regarding cannabis reform in general.

Gopal noted when he was first elected to the State Senate in 2017, half the Democratic caucus did not support full legalization.

In terms of implementation, he emphasized he would like to see New Jersey-based companies hiring locals and working with local professionals who have strong ties to the state.

“Especially in our urban communities, we want locals to benefit the most in jobs and contracts,” Gopal said.

“This is something I’ve spoken to Governor Murphy about. I hope this is their number one consideration,” Gopal said.

Zito said that Senator Nick Scutari’s (D-Union) office told her if the legalization referendum passes, home cultivation for patients is on the table as part of the implementation.

Scutari is Chair of the Judiciary Committee and the lead legalization sponsor in the State Senate.

Gopal understands the issues from a criminal justice perspective as well.

“It’s had such a negative impact on the State of New Jersey. I think it’s one piece of the pie to move away from the War on Drugs,” Gopal said regarding homegrow and reform. “I got a lot of constituents in court who are non-violent offenders relying on this.”

Some are speculating that decriminalization, which passed quickly in June, has been held up in favor of the referendum so as to not take away potential voters. Gopal said he did not know why the decriminalization bill has yet to pass.