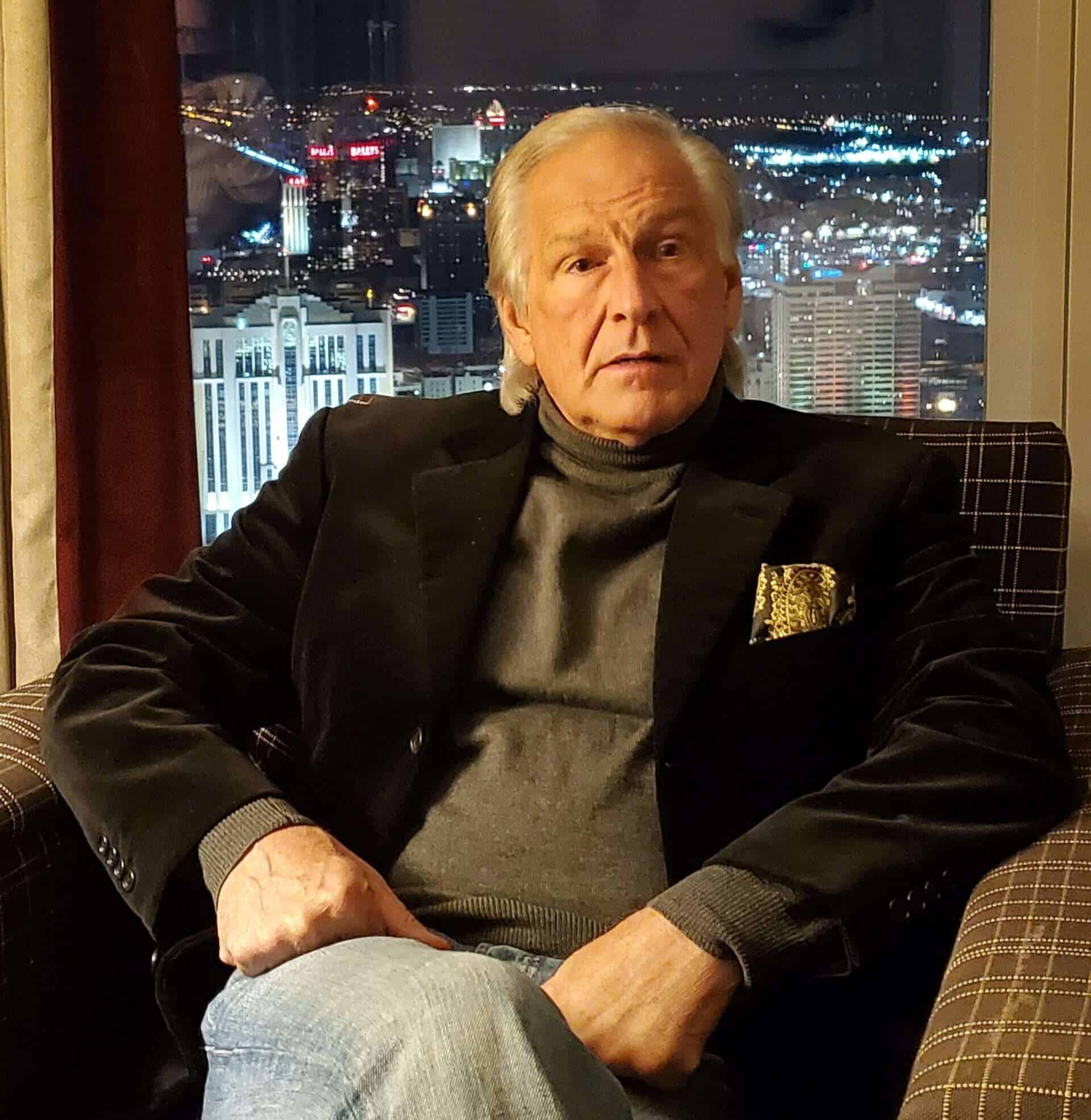 George Martorano, the longest-serving first-time non-violent prisoner for cannabis is looking to make his Hip Hemp Cafe in Atlantic City a dispensary.

His father was a made man who went to jail when he was young. Martorano’s godfather was Angelo Bruno, Don of the Bruno Crime Family of Philadelphia. Martorano himself was never a “made guy,” just an associate. He knew and liked Frank “Irish” Sheeran from the film “The Irishman.” But he could not speak about whether Sheeran actually killed Jimmy Hoffa since he was too young at the time.

In 1982, Martorano was arrested for conspiracy to distribute 2,600 pounds of cannabis.

“I was the first person to get life no parole as a nonviolent offender,” he said.

It did not help that Martorone had a clean record.

“I never even had a parking ticket,” he said.

Martorano said police gave him the marijuana to sell, comparing the situation to LA’s Freeway Rick Ross, who bought cocaine from the CIA.

“The prosecutor and judge worked hand in hand,” he said. “It was totally unjust.”

Martorano said he was supposed to get about 52 months, but the judge gave him life with no parole in jail due to circumstances.

“This is freedom baby,” Martorano said as he took a drag on a joint. “They put me in jail to die for this.”

He was in solitary confinement for five years for refusing to give the FBI the information on the Bruno Family.

After being released to the general population, Martorano became a model prisoner, helping others complete their education. He taught creative writing in jail via a curriculum he created and remains proud of his course. Martorano also helped prisoners research laws for their own cases.

“You have to learn, or you’re never going to get out of here,” he would tell prisoners.

“I always argued legality, not accomplishments. I thought it had no legal impact,” Martorano said regarding his many unsuccessful appeals.

That is not the case. At one point, he stopped a Con Air hijacking.

“We were all going to be killed,” he said regarding the experience.

“You don’t want to come out of prison with a chip on your shoulder. Where your emotions are very dark and hateful, you can make a difference,” Martorano said regarding his positive attitude.

Since becoming a free man, Martoranohas been busy.

“I come out of jail with the shirt on my back, and now I’m doing well,” he said. “I have businesses, brands. I’m the only prisoner ever in the history of America to get his face on a beer can,”

He did indeed put his mugshot on his Mugshot IPA beer.

Martorano opened the first Hip Hemp Cafe in Philadelphia. There are now two in Philly’s Bella Vista and Southwest Philly neighborhoods. They also have stores in Atlantic City and Newark, Delaware.

He has also established the Growfather brand. Martorano’s goal is to get the brand to to become as popular as Hershey bars.

In addition, about 200 different items are featured in the Hip Hemp Cafes. It took two years of sourcing to filter products.

“I will not tolerate inferiority in my products,” Martorano said.

He believes in the need for a Certificate of Authenticity for CBD to understand their contents.

“If you do the right job, the money will come,” he said.

He recently opened a Hip Hemp Cafe on Atlantic Avenue in Atlantic City. Martorano is an avid fan of Atlantic City and Wildwood in South Jersey, where he often goes and swims, even in the cold.

Martorano is avidly following legalization in New Jersey to obtain a dispensary license. He has built a team eager to obtain a cannabis license.

Since he owns Hip Hemp’s AC location, Martorano believes they could put the dispensary there, which solves the real estate issue many have. A Hip Hemp Cafe dispensary would be the third dispensary in Atlantic City after the Botanist and “Be,” which was initially scheduled to open this past spring.

He has been watching cannabis laws for a while and has strong opinions on them.

“I’m in favor of the black market because I believe everyone should be able to grow in their yard,” Martorano said.

He often ends a speech with, “Everybody go home and grow.”

Despite his age, Martorano is a very active man who often swims and runs to stay healthy.

“I feel like I’ve been in a battle all my life,” Martorano said. “I feel if I’m not physically fit, I won’t win these battles.”

He actually caught COVID earlier this year. But because of relative shape, Martorano survived after four or five days, having smoked cannabis and ingested THC and CBD tablets throughout.

“My bloodstream has had CBD and THC in it since I got out of jail. I believe it’s a cure-all,” Martorano said.