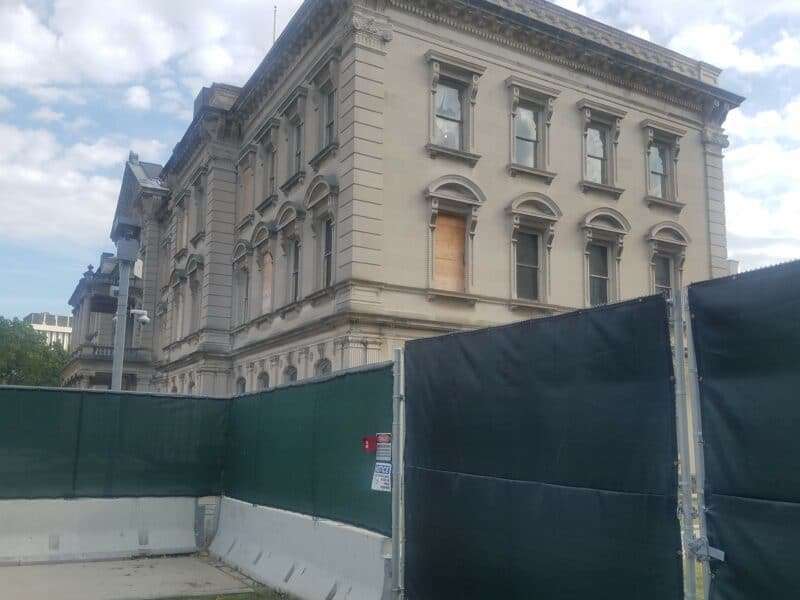 Decriminalization, whereby 50 grams or less of cannabis would be treated comparable to a parking ticket, is dead in the lame-duck legislative session between the election in November and the swearing-in of the new Assembly next week.

The current Assembly session ends next Tuesday, January 14th at noon. There will likely be votes on bills on the 13th. There will only be minor changes to the Assembly. The Democrats will retain a healthy majority in the chamber.  The State Senate is only up for election every four years versus the Assembly’s two.

Decriminalization really did not have much support in the lame-duck. Governor Phil Murphy and most of the legislators were in favor of full legalization instead of decriminalization.

Only Senator Ron Rice (D-Newark) and his followers were in favor of decriminalization instead of legalization from the beginning through lame-duck.

The argument against legalization in favor of decriminalization is that it would prevent a sort of “Big Cannabis” forming akin to “Big Tobacco” that many see poorly. It’s funny how much they use this argument. They sound like radicals, even though they are otherwise conservative undisturbed by issues of corporate malfeasance.

There’s also talk that passing decriminalization would take away steam momentum from the ballot referendum in November.

And the referendum itself was a half-measure because support could not be found for full legalization within the legislature.

There are also cynics who say that Sweeney wanted to deny Murphy victories on key issues, cannabis being one of them. Cynics are right more often than not in the Garden State.

The only way this can be understood then is through the logic of New Jersey politics.

Lame-duck with no Decriminalization

Decriminalization was seen as a half measure to stop the arrests at best. According to the American Civil Liberties Union (ACLU) of NJ, 94 people are arrested a day on cannabis possession charges. The vast majority of these people are Hispanic and African American minorities who are being unjustly targeted. That number will likely be higher than 94 in 2020.

They brought up the number as part of a failed campaign to push legalization through the lame-duck session.

The ACLU NJ had no comments on decriminalization’s failure.

However, the cannabis expungements bill has been signed into law by Murphy. This means that the crime is seen as so petty there is a process to erase the crime from records. However, people will still be arrested for the exact same crime because the ACLU’s numbers show the number of arrests growing every year.

Even if someone is sentenced to 12 months of probation now, if the ballot measure passes (which experts say it will), then they likely will not have to go through the full 12 months of the program.

Decriminalization really only solves the specific criminal justice issue. It does not fully legalize the plant, those caught with 51 grams (or little more than 2 oz.) are still in trouble, it does not create a legal industry with the ensuing jobs, ancillary industries (like this site), nor tax revenue stream. And it certainly does not normalize it for those still wary of cannabis due to old propaganda.

It is a sort of quiet approval of the underground market as it is.

Not that efforts to fight the underground market in favor of the legal market have gone well in California. They did not receive the tax revenue they expected from cannabis. This was due in part to the continued popularity of cannabis from the underground which is usually cheaper than dispensary cannabis.

Tax revenue projection is always a sort of game to suit politician’s ends. A conservative governor might try to cut taxes and say that the money will be reinvested in a way that will make up for the lost revenue. But that doesn’t usually happen. This was very far off the mark for other reasons.