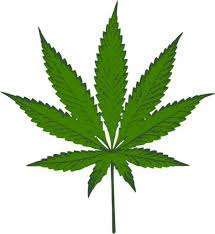 He is the lobbyist and the husband of his district mate Assemblywoman Yvonne Lopez (D-Middlesex). She first won office in 2017 along with Murphy and replaced John Wisniewski in the seat.

“Sam is an expert in the fields of community leadership, business management, strategic planning, supplier diversity, and regulatory policy. He will bring these talents to the Commission and is a valued addition,” Coughlin said.

Delgado lobbied for Verizon as Vice President of External Affairs and was a founder of the Hispanic Chamber of Commerce. He was also on Newark Mayor Ras Baraka’s transition team when he first took office.

Delgado served in the Marines as a Communications Officers on a mission in Haiti. Recently, he was appointed to the Board of Trustees of Felician University, a small Catholic college in Bergen County, last July.

Delgado has no experience in cannabis, either in advocacy or the industry.

Senate President Steve Sweeney (D-Gloucester) nominated social worker Krista Nash, wife Camden Freeholder Jeff Nash months ago while Murphy nominated Dianna Houenou to be Chair shortly after the referendum passed with 67 percent. She was the lead ACLUNJ advocate for cannabis reform before accepting a position in the Governor’s office. Two more seats that need to be filled before the commission has its five full members.

The Cannabis Regulatory Commission was outlined in the Jake Honig Act which was signed into law in July 2019. It will eventually oversee medical cannabis and adult-use cannabis in New Jersey.