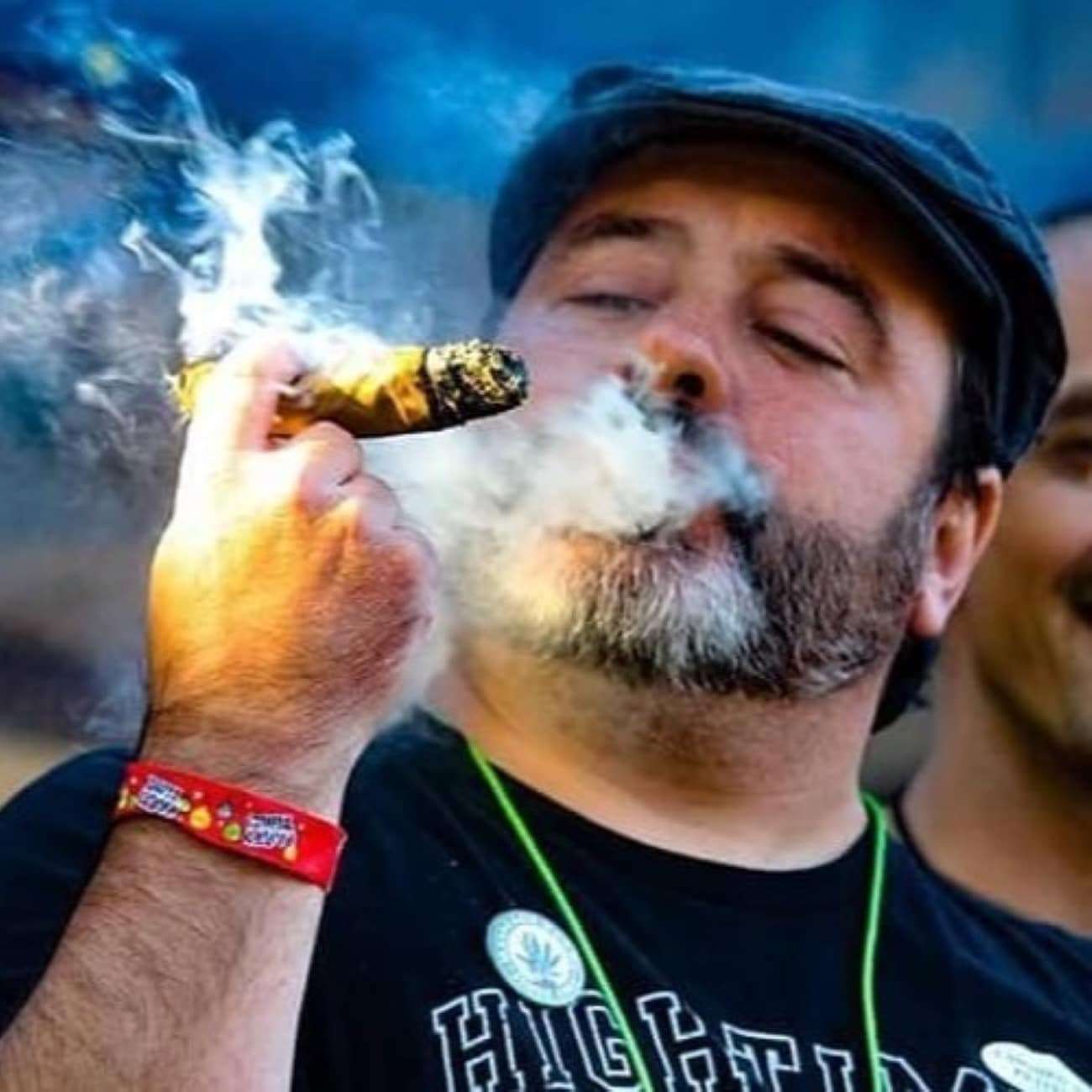 The hemp used by the company was grown in China and imported since hemp growing was illegal in the U.S. until the 2018 Farm Bill was signed into law.

Vinkovetsky’s job was a side gig since he was an underground grower. He lived in lofts where there was space to grow, and he could be relatively free of fear of repercussions.

“I just needed a cover job,” he said to tell his girlfriend’s parents and others.

“There was a lot of activity in the Tri-State area for growing for delivery services that wanted something fresh and good and happened to be local,” Danny Danko said about the underground market.

He soon became acquainted with others in the cannabis industry, such as JJ, who invented the cannabis strain Star Dawg and AJ, who created and grew Sour Diesel on Staten Island.

Vinkovetsky noted cannabis shipped from California was second rate and outdoor-grown, whereas many prefer indoor-grown cannabis.

“We tried to outgrow them quality-wise,” he said.

Vinkovetsky began working at High Times in 2002, having gotten to know them since they were a client of the hat company. He started on the administrative side. By 2005, he started writing, covering cultivation, and rose to be Senior Cultivation Editor.

Vinkovetsky cited his experiences at the High Times Amsterdam Cannabis Cups, meeting Tommy Chong, the family of Bob Marley, Cypress Hill, and the rapper Ghostface Killah as highlights of his time there.

Vinkovetsky found it very rewarding meeting people, including veterans, first responders, and sports professionals who told him cannabis saved their lives, “sometimes in tears telling you they had a gun in their mouth or contemplating suicide and cannabis was their last resort and saved them.”

Vinkovetsky noted that the internet was just getting started at the time, and High Times was one of the few places where people could go for information on growing.

“It’s a last resort, and then boom, their life changed for the better. That’s pretty intense and amazing,” he added.

With High Times, he traveled so much growing himself was not practical. Vinkovetsky noted growing for a salary in a large warehouse in legal conditions might not be as exciting as cultivating a small number of plants in tents.

“Underground and legal market educating people on cannabis is kind of my life’s goal,” he said.

Vinkovetsky said that 2005 to 2016 were his favorite years at the High Times, where he watched cannabis change quickly as more states passed medical cannabis laws and the industry began changing every month. Vinkovetsky noted High Times expanded the categories of their Cannabis Cups to include varieties of oil and concentrates as those forms of cannabis consumption became popular.

“Both of them were great mentors to me in my writing,” he said.

Vinkovetsky lamented some of the decisions taken by the company. Along with others, he was laid off last year, ostensibly because of COVID. However, High Times has not been doing well for some time.

“That job was no longer mine,” Vinkovetsky said.

While there, he wrote the book “The Official High Times Field Guide to Marijuana Strains.”

Vinkovetsky and others launched Northeast Leaf Magazine last year. While it was launched in the middle of the pandemic, he had faith that doing so was a good idea with the advent of legalization.

They are part of Northwest Leaf, which has been around for more than ten years and has outlets in several states.

“The Northeast is the new West Coast by this point,” Vinkovetsky said. “We wanted to get a foot in the door before everything explodes.”

It took some faith for them to do that.

“It’s exciting for me, and the future is bright. Podcasting had been so much fun,” he said regarding the magazine.

Vinkovetsky now hosts the “Grow Bud Yourself” podcast, which has been growing its following steadily.

“I just love teaching people about cultivation and growing their own,” he said.

“It’s only a matter of time before the industry comes East. And you’re going to need people out here who knows what’s going on,” Vinkovetsky said.

Getting Political for Legalization

He considers himself an evangelist for the plant and encourages people to grow and understand its medical and spiritual benefits. Thus, he is passionate about changing the laws to spread its acceptance.

As Vinkovetsky became immersed in the scene, he became politically active around cannabis reform as he read “The Emperor Has No Clothes” by Jack Herer and “Shattered Lives.”

“Those books really changed my motivation to become more political,” he said.

While he didn’t anticipate the overregulation of the industry, “that’s a small price to pay when you remember the harms of prohibition and people getting locked up in jail,” Vinkovetsky noted.

He is a big fan of the Boston Freedom Rally cannabis protest on the Boston Common by the Massachusetts State House. In addition, Vinkovetsky has been to many protests, including the annual cannabis protest in New York City, noting Redman performed one year. Vinkovetsky spoke at the most recent parade that celebrated the passage of adult-use New York legalization and the hope of federal reform.

Vinkovetsky would like to see those most harmed by the War on Drugs benefit from legalization. He is especially passionate about the need for record expungement, social equity in licensing, and homegrow.

“Every cultivation is a political act by creating cannabis out of thin air,” Vinkovetsky noted.