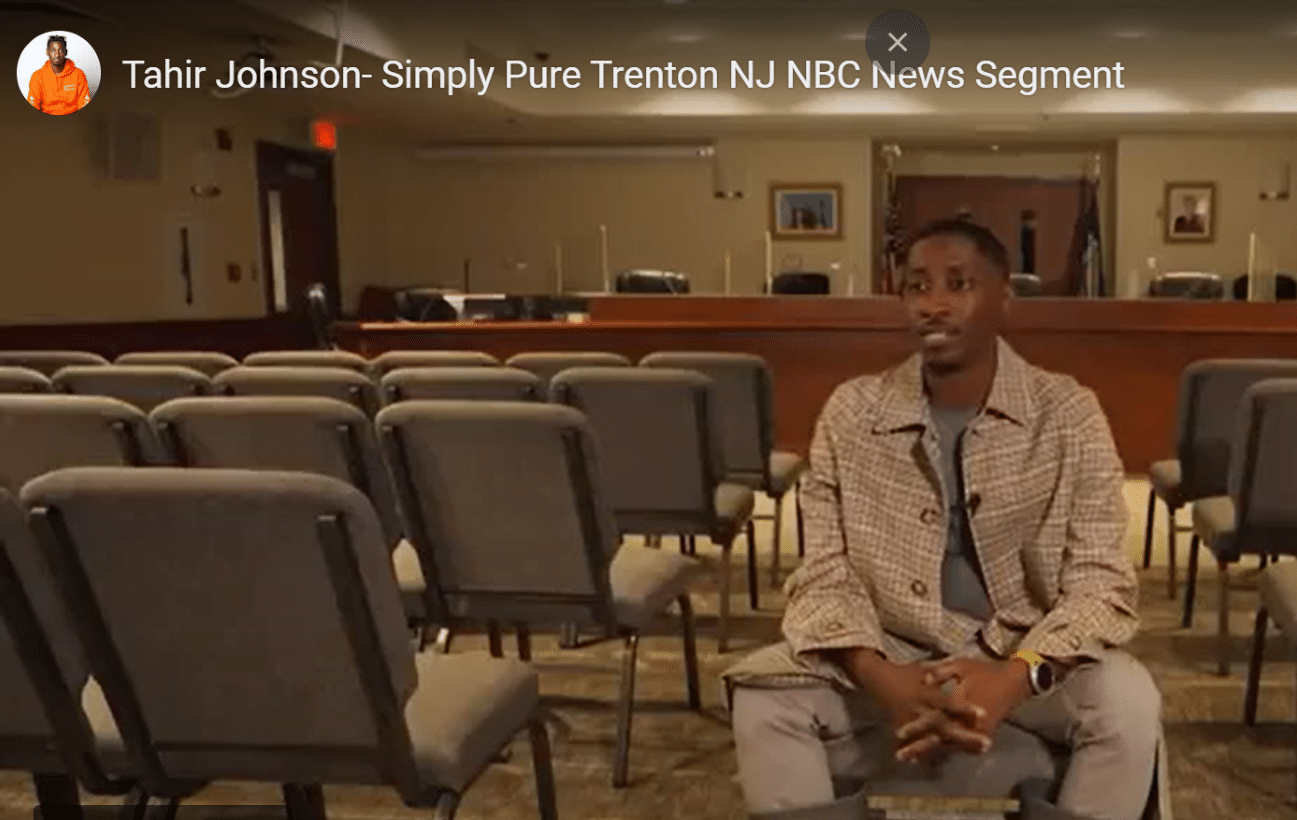 He is a native of Ewing in Mercer County outside Trenton. He graduated high school there in 2001 and moved away afterward.

“I was the only one of my brothers to go to college. My mom was just so happy I got out of this community alive,” Johnson said.

In 2018, he read about the medical cannabis benefits of cannabis because his dad has fibromyalgia which is difficult to treat. Both became medical cannabis patients in 2018. Before entering the cannabis industry, Johnson worked in finance for Morgan Stanley. When the company GW Pharmaceutical launched the CBD-based Epidiolex to treat epilepsy in 2013, it opened his eyes. Reading about Hope Wiseman’s Maryland medical cannabis dispensary Mary and Main also inspired him.

Since he was unhappy that success stories like Wiseman’s as a Black entrepreneur are rare, he resolved to use his background in finance to help minorities enter the cannabis market.

“I just happened to be perfectly situated in DC,” he said.

Johnson then worked for the U.S. Cannabis Council and then the Marijuana Policy Project (MPP) on many issues, including diversity and inclusion.

Unfortunately, Johnson did not secure a license from Maryland or New Jersey in the 2019 medical cannabis fiasco that lasted 29 months and ended last December. He subsequently applied for an adult-use cannabis dispensary license in Ewing under Simple Pure Trenton NJ Inc. when the portal opened in March. Johnson was among the first 11 adult-use cannabis license winners announced by the NJ Cannabis Regulatory Commission in May.

“This is my third time applying,” he noted. “The prioritization made all the difference in the world.”

Johnson was a Social Equity applicant since he had previous cannabis-related charges. In addition, with his brother Nadir Johnson as his partner, his company is certified as minority-owned. In addition, Ewing is an Impact Zone.

“There has not been a young person that’s been of the culture like me to open up,” Johnson added about the New Jersey cannabis market.

His dispensary will be a New Jersey location of the Colorado-based Simply Pure owned by cannabis industry veteran Wanda James and her husband, Scott Durrah. In 2010, they opened the first Black-owned medical cannabis dispensary in Denver, Colorado.

“I’m thankful to have her on my team,” Johnson said.

He noted being an entrepreneur has been a learning experience since it is his first time starting a company. His biggest challenges have been securing sufficient capital, understanding how to put together deals, and how to best manage a company. Johnson was grateful for James’ guidance during the process.

“I’m just very proud they felt enough trust in me that I could represent that. To get that experience working with them is a huge value add,” he said.

Johnson is licensing the brand from James, and she’s proving operational support. Since cannabis is federally illegal, it can’t be an official franchise. James’s Simply Pure also has a licensing agreement with John Dockery’s Simply Pure Downtown Trenton.

He called Dockery “one of the smartest weed people I know.”

Both won two of the first 11 New Jersey adult-use cannabis dispensaries licensed. However, Trenton hasn’t even formed its Cannabis Board yet for Dockery to secure local approval though.

Wanda James is not the only female entrepreneur TJ looked to for guidance.

“My family has a business here (in Ewing). My mom had a dance school (for) nearly 32 years,” Johnson said. “I’ve always seen the impact we’ve been able to have.”

As a conditional winner, he has till Autumn to apply for a license conversion required to open. However, he has all the parts ready to submit, given his experience in the 2019 medical license lottery.

Johnson has the crucial local approval from Ewing needed to open. He noted it was hard to apply for local approval. Johnson had to submit his application to Ewing first because their adult-use cannabis license application portal opened before the State’s.

“It was a long process,” he said. “I was showing up at the city councils, for the past, all of them since they started discussing cannabis. It was about being diligent, being early. It’s just a blessing to come back to Ewing, this Trenton area in general. This is an area that has seen its challenges. The factories here, they all left. I’m born and here in this town. I want to be a homegrown success story.”

Many others have noted the disjoined process on the local level and the shortness of local windows like in Morristown and Newark. While Morristown’s cannabis licensing process was shady at best, in its initial ordinance, Newark lowered many of the barriers to entry. However, a short window that began and closed last December shattered the hopes of many.

Given his advocacy background, Johnson strongly believes in the social justice aspect of cannabis legalization.

“We’re giving people from the community who had previous cannabis charges opportunities,” he said. “I’ve been pulled over 100 times in my life. I know what it’s like to be stopped and searched. I’m trying to extend that opportunity to the same kind of people.”

“I feel like the luckiest man in the world. Hopefully, it inspires people,” Johnson said.

He noted that while it is difficult, “there are still opportunities for people out there.”

Johnson hopes to open by the end of the year.

CBD vs. CBN: What’s the Difference?