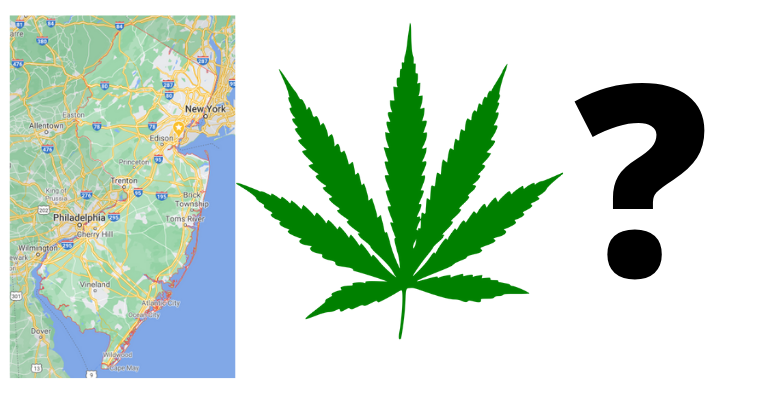 While decriminalization has stalled, the Assembly Budget and Appropriations Committee hearing on the enabling legislation is tomorrow.

“We’re doing our best to make it equitable,” said Assemblyman Joe Danielson (D-Somerset, Middlesex) regarding S. 21 and A. 21.

“That’s a new topic,” Danielson said regarding psilocybin or magic mushrooms being included in decriminalization. “It needs to be vetted in a separate conversation. I don’t know too much about mushrooms myself. My expertise is in marijuana.”

“While I don’t disagree both should be legal, to throw mushrooms in slows the whole thing down,” activist and entrepreneur Patrick Duff said regarding its inclusion.

Even though decriminalization has stalled, he was confident it would pass, saying, “We’ll get there. People have to be patient.”

Ironing Out the Details of Enabling Legislation

“It seems like it wasn’t anything other than the interest of the state that slowed it down, not homegrow,” said Duff.

Based on the many failures of medical cannabis, many are skeptical that the adult-use market will be any better.

Duff spoke to an aide to Judiciary Chair Nick Scutari (D-Union), who made it very clear homegrow won’t be included in the amendments to S. 21.

“To me, it’s a slap in the face, especially to medical patients,” Duff said.

“Homegrow would be better for social distancing,” he noted.

He is opting for radical tactics for change.

“I’m going to get 1000s of seeds, and I’m gonna put them on (Senate President Steve) Sweeney’s lawn!” Duff exclaimed.

When it was pointed out that tax will be lower than other states, Duff said, “Being “better than” is not being right.”

“There’s a lot of moving parts to the bill. We need to stand up an industry that’s successful and stable, and that’s it fair and equitable, and creating more repairs than injuries,” Danielson said.

Duff was not in favor of increased taxes for filling budget holes.

“Most of the debt is going to pensions for police officers and prison guards, all coming from the drug war,” Duff said.

“I think everybody has the right set of priorities,” Danielson said about legislators seeking to create an equitable industry.

However much grassroots activists hate that money is going to the police in the enabling legislation in the wake of the Black Lives Matter and the Defund the Police movement, it was likely necessary to secure votes in the New Jersey Senate.

Duff overall was dissatisfied with S. 21, calling it “216 pages of mumbo jumbo” with noting about costs.

While many are putting their faith that the Cannabis Regulatory Commission Chair (CRC) Dianna Houenou will create a just industry, Duff believes it smacks of impropriety that a lobbyist for cannabis reform was appointed head of the commission.

“She lobbied for the formation of that CRC for three years. She lobbied Nick Scutari on behalf of 2703,” Duff said.

More importantly, “She has no cannabis industry experience,” he said. “How does she know what growing procedures should follow?”

The advocacy group NORML sent an email to its members urging advocacy on both A. 1897, the decriminalization bill, and A. 21, the enabling legislation.

“A21 / S21, which would establish regulations for the production and retail sale of marijuana in the state, were stalled last week in committee so lawmakers can continue deliberations on the companion measures. A21 is now scheduled for a hearing in the Assembly Appropriations Committee tomorrow, Thursday, 11/19. The bill needs approval from this committee before receiving a floor vote.”

“It’s time that our lawmakers implement the will of the voters and do so in a timely manner. Tell your lawmakers to end marijuana arrests immediately and regulate a fair and inclusive industry for all.”

Danielson was not sure when the final vote would occur.

With the faltering of the enabling legislation, many professional lobbyists and grassroots activists who have not been in the trenches fighting for cannabis have gotten involved.

“That’s part of democracy. Everyone wants to weigh in. We want to make more people happy than not. There’s only such much you can do. There’s a definite amount of money the industry is going to create, and it takes time to get there,” Danielson said.