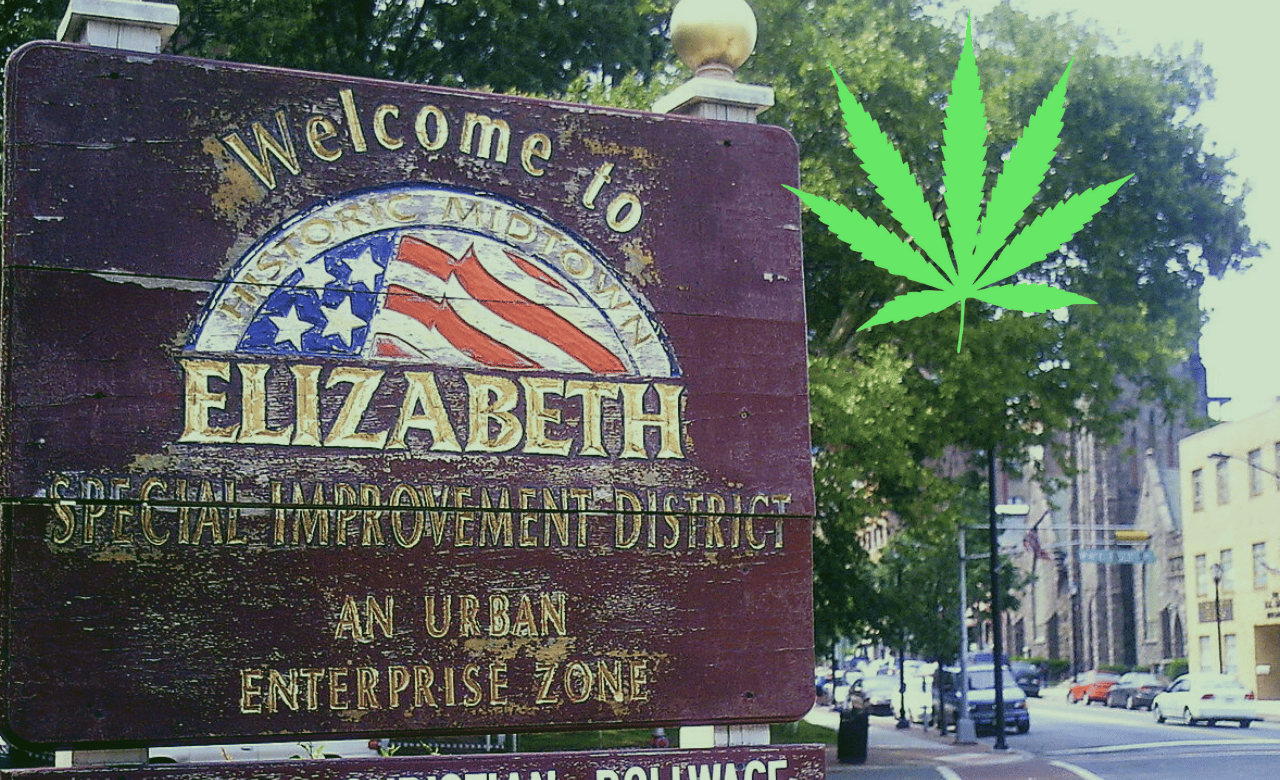 Elizabeth is the seventh New Jersey city to approve cannabis consumption areas, while Long Branch is in a legal gray area, and Camden is debating excluding cultivation licenses due to a water shortage.

The other cities that will allow cannabis consumption areas are Atlantic City, Jersey City, Highland Park, Hoboken, Newark, and Trenton.

The brief Elizabeth cannabis ordinance supply by the City Clerk’s office makes no mention of taxation of cannabis businesses.

Like Trenton, Elizabeth is a post-industrial city that could use cannabis to replace the heavy industry that has long since left the city.

The City of Long Branch in Monmouth County is in a legal gray area like Paterson, whose Mayor Andre Sayegh vetoed a cannabis ban at the 11th hour.

Long Branch Business Administrator George Jackson noted they did not enact an ordinance restricting cannabis in the city, which means all six license classes will be allowed there.

“So, whatever takes place will be enacted,” he said.

Jackson did note they plan to draft a zoning ordinance to regulate where they would be permitted.

While the deadline has passed, he maintained they still have time to regulate cannabis businesses and impose a tax.

Paterson Mayor Andre Sayegh said the Legal Department of the city said they had 60 days to pass an ordinance.

While Camden’s cannabis committee has nearly finished their cannabis ordinance, some want to exclude cultivation licenses due to a water shortage issue in the city. They enacted a temporary ban prior to the deadline.

“It’s my understanding that quite a bit of water is needed for cultivation, and at present, the city is kind of having a bit of a water emergency,” City Attorney Michelle Banks-Spearman said.

She explained that the city’s wells are malfunctioning, and they are currently spending a lot of money on a temporary fix.

However, Dwaine Williams and Maritza Alston, who were appointed to the cannabis committee to focus on business, want growing licenses in Camden

“We want all of the licenses to be allowed,” Alston said.

It was noted that California has droughts yet continues to supply the United States with quality outdoor cannabis, along with many fruits and vegetables.

Committee Secretary Tameeka Mason explained many Camden residents want cultivation licenses, particularly those in the legacy or underground market. Many are of them are growing anyway regardless of the law.

She thought they could allow a limited number of cultivation licenses for the time being.

Some on the committee were in favor of restricting the licenses from operating in storefronts near residential areas. However, President of the Camden Business Association Ray Jones noted many liquor stores and bars are permitted to be very close to residential areas.

Pace noted that such areas would be perfect places for micro-businesses to be based, which the city wants to foster. The cannabis committee agreed that micro licenses should not be capped.

There was broad agreement within the committee that there should be no cap on these micro licenses given the great opportunity they could provide city residents.

In addition to cultivation, there is also disagreement over how far cannabis facilities should be from schools and playgrounds along with houses of worship and mental health facilities. Some would like them to be 500 ft, away while others note that limits where cannabis businesses could be located.

Overall, the Camden cannabis committee seems to be crafting an expansive ordinance. Once they allow cannabis dispensaries, many will likely flock from Philadelphia and its environs to buy legal adult-use cannabis.