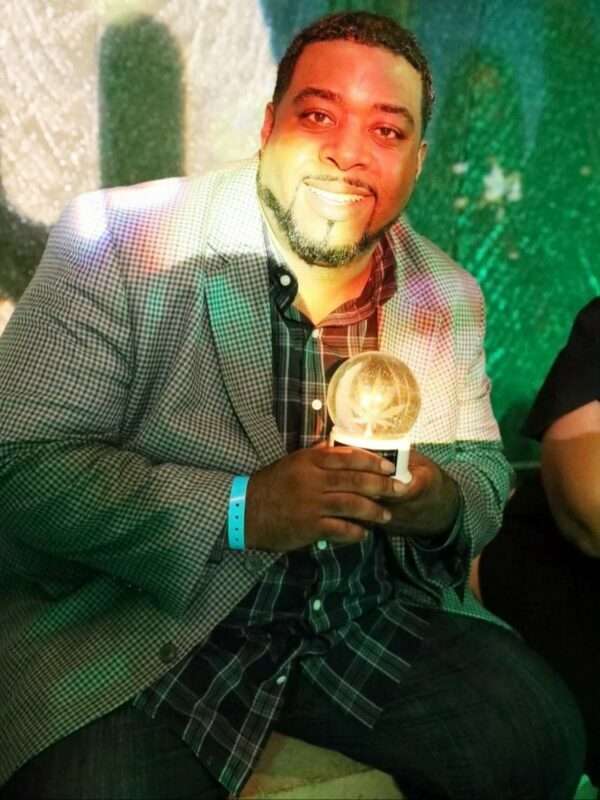 Leo Bridgewater is a prominent New Jersey-based cannabis activist and businessman with a presence in the industry across the country, having consulted businesses in multiple states. Businesses working in the industry can often struggle to get support from third parties, such as web hosting providers, as many are uncomfortable with giving a platform to cannabusinesses. Thankfully, services that support cannabis hosting can be found online and may provide a lifeline to such businesses looking to take their products to the internet.

Born and raised in Trenton, he graduated Trenton Central High School in 1994 and joined the military in response to 9/11. Bridgewater was deployed to Iraq and Afghanistan as a telecommunications specialist. After deployment, he came back to New Jersey. But he was having issues.

He began using cannabis to treat PTSD for himself and then began speaking with other veterans.

“Cannabis has allowed me to go from suffering from PTSD to living with PTSD and I’m able to remain functional. It also allows me to, helps me to, deal with pain in my knees,” he said.

PTSD wasn’t initially found to be a qualifying condition in New Jersey’s medical marijuana program and Bridgewater fought with others to get the bill passed. He testified on an Assembly committee so that former Governor Chris Christie finally added PTSD to the list of qualifying conditions in 2016.

“The veteran voice is a very powerful voice if deployed right,” he noted.

As a cannabis activist, he is on the Minorities 4 Medical Marijuana (M4MM) board as the National Director for Veteran’s Outreach for M4MM. In addition, Bridgewater is the co-founder of Leaf launch holdings. He is also on the board of the Cannabis World Congress (CWC) and spoke at their expo in New York City this past spring.

However, he is not happy about the recent news that New Jersey’s market will be voted on by a ballot referendum.

“We’re screwed,” he said pessimistically regarding the referendum.

“Historically any states that have legalized cannabis through ballot referendum wish they hadn’t. Every contingency that New Jersey has sent to Vegas, Colorado, or California all warned don’t do this by referendum,” Bridgewater said. He explained that the state seemed to be planning on taking the entire industry with all its nuances and oversimplifying to a “yes or no” question to the detriment of those fighting for the inclusion of criminal justice and small business assistance provisions.

But the opposition of legalization from State Senators Ron Rice (D-Essex) and Shirley Turner (D-Mercer), preeminent African American voices in Trenton, will likely exasperate the problem.

“They’re the Flintstones to my Jetsons,” Bridgewater said. In his opinion, their intransigence is astounding given the industry’s potential to help inner-city communities.

The problem with politicians representing communities of color so staunchly opposing legalizations means that legalization will not contain provisions that benefit their constituents. Without these key voices, Bridgewater feels it is much harder for cannabis activists to get key criminal justice and small business provisions included in the final legislation.

Bridgewater explained the vast amount of economic opportunities opened by cannabis reform include good, white-collar jobs and the businesses that have opened up already such as one using hemp in building mixes in urban communities saying, “We’re rebuilding the hood.” He added that local cannabis-based businesses can benefit each other and their community.

“New Jersey could be number two in (tax) revenue after California,” Bridgewater said. “At what point do you start talking about that money?

Bridgewater said that the vast majority of C-suite executives are middle-aged or older white men, “So historically this industry hasn’t been kind to people of color and women and one of the ways it has gotten so bad is ballot referendums,” he explained. “This presents a disaster thing for us.”

Bridgewater said that the fact the same week the ACLU report came out saying there were 32,000 cannabis-related arrests in New Jersey a year and that a referendum was decided was illuminating to him.

“That tells me as an African American man in New Jersey, the big business of locking us up is something that’s a regular thing here and when you do a ballot referendum, even when warned not to, and it is New Jersey, the fix is in,” Bridgewater said, pointing to Big Pharma, alcohol, and the Prison-Industrial complex as the reason reform was stopped.

Bridgewater is optimistic about the eventual success of the industry and the movement, pointing to Biden’s retraction of his statement calling cannabis a “gateway drug”.

Regarding the hot topic of homegrow, he said, “I think that could be a thing. Let’s do this smart.” He explained that he believes health caretakers should register and then be allowed to grow up to 50 plants for 20 patients. To him, registering individuals is key to the program. “There should be oversight and a smart way to do it.

He also believes as a cannabis activist, it would be a way to allow legacy growers to enter the market and use their experience. “They’re the ones we need the most, the ones doing it underground, in the shadows.”

He added that the high number of patients in the MMJ program and those concerned with social justice will continue to grow to become a voting bloc that would incumbents in otherwise comfortable positions. Bridgewater believes this would then give the politicians so opposed to legalization pause to think.