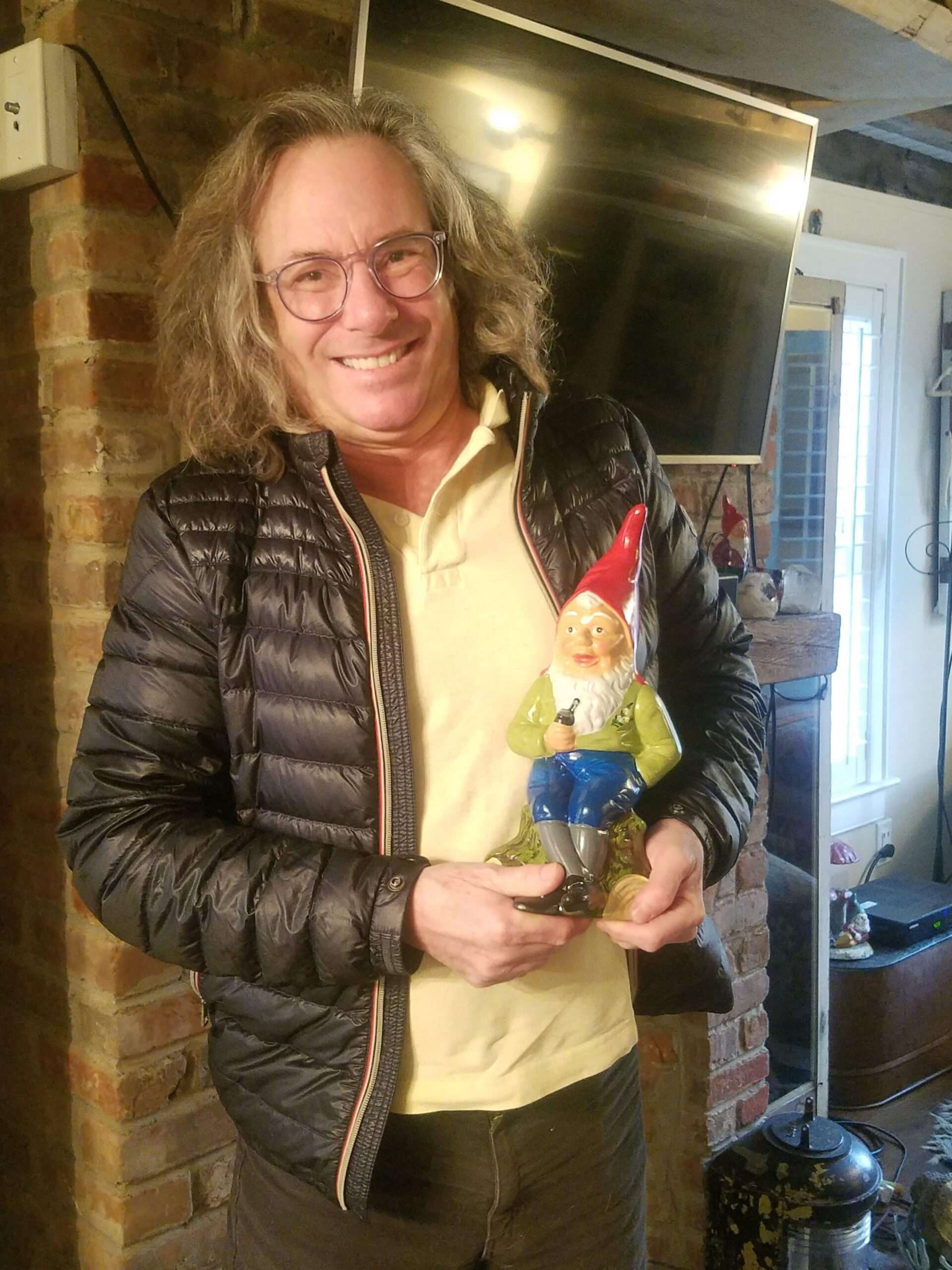 Warren Bobrow is one of the premier cannabis mixologists in the country.

His eventful career in the cannabis industry has led him to travel across the United States. Yet he was born and raised in Morristown, New Jersey and has lived there most of his life.

However, at one-point Bobrow moved to Portland Maine where he worked in restaurants where he became a chef and a good bartender. While a bartender, he became a great mixologist, specializing in creating unique alcoholic drinks.

After becoming a well-known mixologist, he wrote a book called “Bitters and Shrub Syrup Cocktails”. He went to the New Orleans Pharmacy Museum to promote the book and was amazed to learn about the medical role of cannabis in an earlier age.

“I had a dream in New Orleans, and I saw it. It was so profound,” Bobrow said. This prompted him to begin looking into creating cannabis cocktails and mocktails. He already been a fan of it for quite some time.

“Weed is exceptional. It makes you feel better about grim circumstances surrounding you,” Bobrow said. “The only thing that kept me sane when working for a private bank was smoking cannabis.”

Cannabis has also helped him medically.

Bobrow had an issue with glaucoma when the pressure in his eye dropped which caused severe pain. The DMV almost took his driver’s license because the pressure on his eyes was so bad and he was almost going blind. Bobrow explained that glaucoma is asymptomatic meaning you don’t know you have the condition until you’ve almost lost your sight if you don’t get tested for it.

At one point, he was taking a bottle of Advil every month because of the pressure. Finally, Dr. Bernard Spier of South Orange prescribed him cannabis. Spier preserved his sight when he helped Bobrow get into the medical marijuana (or clinical cannabis) program in 2015. Spier was one of the original doctors prescribing medical cannabis in New Jersey.

The Mocktails of Warren Bobrow

Bobrow now specializes in making infused cannabis mocktails. A mocktail by law cannot have alcohol. Instead, it has a cannabis resin, which has a three-minute onset. He noted it’s extremely predictable in terms of how it acts in contrast to edibles. In mocktails, the THC doesn’t pass through one’s liver like an edible which takes time. Rather it hits you fairly immediately.

One of Bobrow’s favorite mocktails he has created is a Vietnamese ice coffee with THC-infused condensed milk.

“It is just delicious in hot weather,” Bobrow said. “It’s a great summer drink, rich, refreshingly, creamy, a little bitterness, a little sweet, like life itself.” He added that because condensed milk is rich and dense, it works well in the drink.

Another drink he is proud of is the Mezzrow, named after the jazz musician Milton Mezzrow who also sold cannabis to Louis Armstrong, among others. Mezzrow sold in Harlem and Chicago and became so well known for this in the 1930s and 1940s that a “Mezzrow” became a nickname for a well-rolled joint. If an authority figure was around, one could ask for a Mezzrow without fear of being caught.

The Mezzrow cocktail is comparable to a Manhattan drink, though with THC-infused vermouth. It contains sweet vermouth, cherries, and bourbon in a libation that Bobrow calls deeply healing. The Mezzrow has sweet and sour cherries that complements its oaky flavor. He suggested the Cherry pie cannabis strain specifically to infuse it with. In order to make it, place ice in a bag then hit it with a wood pallet or rolling pin. The recipe is detailed in his book, “Cannabis Cocktails, Mocktails and Tonics, the Art of Spirited Drinks and Buzz-Worthy Libations.”

Cannabis mixology can be difficult. Even in California, cocktails mixed with cannabis are illegal.

Since getting into cannabis professionally, Warren Bobrow has written by his own estimation several thousand articles for magazines and encyclopedias. He helped contribute to a book called “Higher Etiquette” by Lizzy Post, the granddaughter of Emily Post who founded a school on Etiquette.

Bobrow recently came back from California and then went to Oregon. He regularly attends events like the Emerald Cup in California. Bobrow is also speaking at the Benzinga conference in Miami later this month. In addition, he travels internationally.

“I smoked a J in Red Square,” Warren Bobrow said. “And not many people can say that.”

Bobrow said he is well-known out west in legalized states with individuals periodically stopping him in the streets of San Francisco, Portland, Los Angeles, and Denver.

“I’ve done everything,” he said regarding his career in the industry. “They say I have a great face for radio.”

Bobrow’s experience in the cannabis industry is completely national and thus he does not do much in New Jersey. He intends to keep it that way because he doesn’t want to be visited by local police.

Regarding what he would like cannabis to be like he said, “In the future, I would like to see cannabis de-stigmatized with more social acceptance, so I could walk outside and smoke a joint, and not get nasty looks,” Bobrow said. “You don’t get a nasty look for having a beer.”

Most recently, he has created an infused craft mocktail using nanotechnology called Klaus after a gnome he owns. It will be available in California dispensaries by 4/20.

The ingredients are a trade secret.

One thought on “Warren Bobrow: Premier Cannabis Mixologist Based in Morristown”