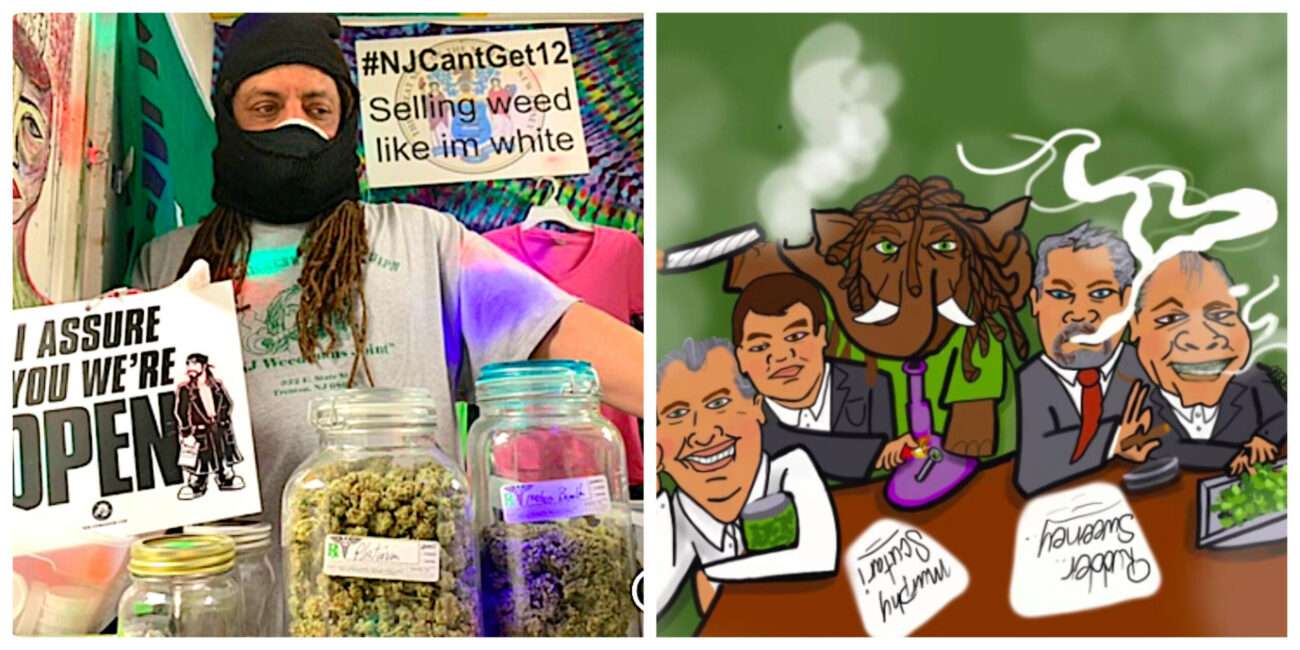 Ed “NJWeedman” Forchion filed a response to the Murphy administration’s desire to dismiss his lawsuit that argues the cannabis enabling law is unconstitutional.

Governor Phil Murphy, represented by the NJ Attorney General Gurbir Grewal, requested the dismissal, claiming in defense that he has not signed the State’s pending Regulated Cannabis Act.  United States District Judge for the District of New Jersey Peter G. Sheridan has elected to hear oral arguments on February 17, 2021.

NJWeedman says he is fighting for the inclusion of marginalized vendors who are likely to be excluded from the legal cannabis market.

“Corporations and state politicians are attempting to write us out of this multibillion-dollar industry, and my lawsuit documents and challenges the complicity of these efforts,” NJWeedman said.

In his cannabis lawsuit, Forchion seeks to have the “Court declare unconstitutional and invalid the application and implementation of the Constitutional Amendment to Legalize Marijuana.’” Forchion asserted that the Regulated Cannabis Act “deprives him of equal protection and due process under the Fourteenth Amendment to the United States Constitution as it subjects him to selective prosecution.”

Forchion also noted in his cannabis lawsuit that the State unfairly allows Compassionate Use Medical Marijuana Act (CUMMA) dispensaries to possess large amounts of marijuana in violation of federal law while prosecuting individuals such as himself.

This is the case in the other medical cannabis states.

NJWeedman is arguing in his cannabis lawsuit voters were duped into believing that they were voting to legalize street cannabis while sanctioning a cannabis industry that will only grant legalization to majority Caucasian owned corporate entities. The law will still criminalize individuals of color in the underground market, who will not be granted similar access to grow, sale, and distribution.

The State seemingly hangs in limbo as the Governor may now delay cannabis implementation, per Forchion’s filing of his cannabis lawsuit.

Forchion champions the underground suppliers that currently provide 90 percent of the cannabis consumed in his State.

In the fight for S. 21, provisions for microbusinesses and those from “socially and economically disadvantaged communities” were ultimately included. There is nothing that bars underground entrepreneurs from applying for one of these licenses.

Forchion noted that under S. 21, underground cannabis would still be illegal to possess more than six ounces and traffic which is the case in the other adult-use states.

“I’m demanding small businesses like myself … be granted concessions that are due to us based on the well-documented history of our marijuana-related prosecution across this country,” he said explaining the reasoning behind his cannabis lawsuit.

Comparing the pending legislation to the 1990’s cocaine vs. crack dilemma, Forchion cited how the State is creating a distinction between illegal “marijuana” supplied by vendors like him versus state “regulated cannabis” sold by majority Caucasian owned corporations.

The Trials and Tribulations of NJWeedman

NJWeedman has had numerous marijuana-related prosecutions brought against him by the State of New Jersey, including a pending matter.

In 2002, he was jailed for advocating the legalization of cannabis. Forchion was held at the Burlington County Jail for over five months. United States District Court Federal Judge Joseph E. Irenas, hearing his civil rights suit, agreed that the State had violated Forchion’s First Amendment right to advocate marijuana’s legalization and ordered him to be released.

In 2016, NJWeedman and his partner, Debi Madaio, had their restaurant, NJ Weedman’s Joint, raided by Mercer County law enforcement authorities on marijuana dealing charges. Forchion was held without bail for 447 days due to the retaliatory charge of witness tampering. A jury acquitted him, and all charges were dismissed.