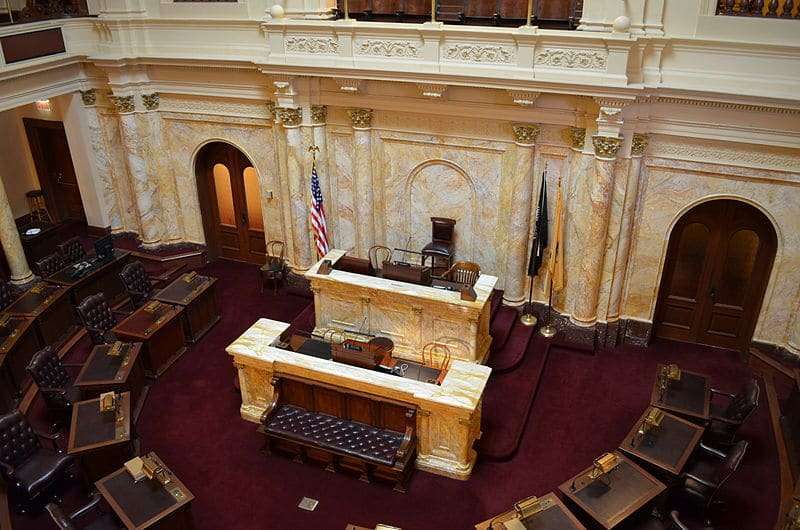 This morning the lawmakers shared details of their bill, which have been kept quite as of this moment. The press conference also included representatives from New Jersey Responsible Approaches to Marijuana Policy (RAMP), according to the release.

Recently, Sen. Rice has been vocal about his concern that he feels legalization is not necessary and will do more harm than good. He stated, “We can begin the process of righting the wrong by passing legislation that will decriminalize marijuana use and possession, releasing people from jails and prisons who are incarcerated for use and possession of marijuana, and by expunging their records.”

“Why are we allowing money people to come and tell us to sell a product that may hurt our community without us doing in-depth research in thinking through what’s happening in our communities today?” Rice said during the press conference on Thursday morning.

NJ RAMP has been advocating against the legalization of recreational cannabis in New Jersey.

Some lawmakers recently announced a public hearing on cannabis and has welcomed anyone wanting to come share testimony to share their story.

Still, full legalization has run into some obstacles, but the there is widespread support for decriminalization. Even Murphy’s opponent, Kim Guadagno, was in favor of decriminizlaing cannabis in the state.

“We’re going to support the woes of the state by the tax money coming in from marijuana? Shame on us,” Singer said.

HOwever, during the press conference mischaracterizations continued to be made. Bishop Jethro James said weed “will kill our children” which we all know is not backed by science or evidence in any of the states that have already legalized cannabis.

Murphy has said in the past that he doesn’t think decriminalization alone is enough.

“The problem I have with that is the drug industry stays underground, run by the same people, and it’s unregulated. … Put aside the fact that you don’t earn the tax revenue. It remains the Wild West,” he said during a gubernatorial debate in October.

It is expected that NJ could see as much as $300 million in revenue from legalizing cannabis. Additionally, there is research available that shows in states with legal cannabis and accessible medical marijuana opiate usage and overdoses has decreased.

What Does The Decriminalization Bill Say?

It’s important to note that the language of this bill only works for this state so the charges for possession of marijuana Virginia and other states, can and likely will vary. According to the language proposed in the bill, a possession threshold for up to 10 grams of marijuana for a civil penalty: a $100 fine for a first offense, $200 for a second offense and $500 for each subsequent offense.

Those caught with more than 10 grams and less than 50 grams would still be charged with a disorderly offense, with a penalty of up to six months in prison and a fine of up to $1,000. Those caught in possession of small amounts of edible products and concentrates would face the same penalties. Possession of more than 50 grams of marijuana would still be a fourth-degree crime that’s punishable by up to 18 months in prison and up to a $10,000 fine.

The bill would also decriminalize possession of paraphernalia, eliminate community service requirements for those caught with less than 10 grams in a school zone, no longer consider it a disorderly persons offense to be under the influence of marijuana, and eliminate the fine and driver’s license suspension for operating a motor vehicle while possessing less than 10 grams.

What do you think? Is this a good first step?

2 thoughts on “NJ Senators Introduce Bill To Decriminalize Cannabis, Instead Of Legalization (Updated)”